In for the long haul

A 30-year partnership between one of Brazil’s best performing mines and Epiroc has made for a revolutionary solution in the raise boring process. Look out for the rise of the new Easer. 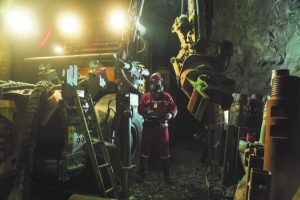 Ferbasa is among the boldest mining companies in Brazil and is recognized as a pioneer in the use of many vanguard technologies. For more than 30 years, Ferbasa has been doing business with Epiroc – and the relationship still has the same innovative momentum. A recent example is the development of a new solution for slot raise opening. In a true example of synergistic work, the two companies have been collaborating on and testing the Easer – a mobile rig for raise boring. The machine integrates mobility, safety,  productivity, flexibility and many other advantages. Wanderley Lins (Ferbasa) and Paulo Ribeiro (Epiroc Brazil) met up to talk about the partnership.

When did Ferbasa and Epiroc start doing business together?
WANDERLEY LINS: “The partnership dates back 30 years and has encompassed the use of a wide range of solutions from Epiroc such as the Boomer 282, Simba 1254, Scooptram ST 6C and Diamec U6. Many milestones have also been achieved. For example, Ferbasa was the first mine in Brazil to use the ITH Simba to drill slot raises, as well as to use slit hammers with them.”

PAULO RIBEIRO: “It’s a long-standing relationship, with many challenges and achievements. During all this time, Epiroc and Ferbasa have cooperated to improve results and create new solutions.”

Why did Ferbasa decide to go for the Easer?
WL: “Ferbasa always seeks to be aligned with the latest technologies available in the market and Epiroc was developing a very exciting new concept with this new Easer model, so we started bouncing off some ideas.”

PR: “The conventional process of slot raise opening is time-consuming and costly, lacking in quality and exposes people to risk. We thought it would make great sense for Ferbasa to try out the Easer.”

What were its most attractive key features?
PR: “The Easer is a combination of a Simba chassis and a small raise boring machine. The main difference is that this rig is mobile, with a high level of maneuverability and fast set-up.”

WL: “We saw a huge opportunity for applying this new technology in free face opening – in other words, in blind hole-slot raise operations and in ventilation shaft and infrastructure holes.” 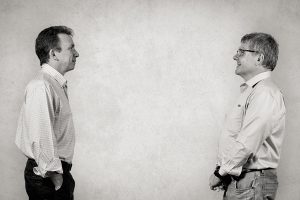 How did the project start out?
WL: “We began discussions about two years ago and agreed to bring in the machine for a trial period. The objective was to validate its performance and clarify any issues. At first, we were concerned about the size of the equipment, but during commissioning and operations we were able to confirm its viability. The Easer was used in the underground chromium mine at Ipueira in the city of Andorinha, in the state of Bahia, northeast Brazil.”

Did the Easer help to improve safety and decrease the use of explosives?WL: “We have succeeded in decreasing the number of steps required to get the hole done from 12 to only four. Blasting and cable-bolting operations are not necessary anymore.”

PR: “Opening a slot raise is now much quicker and safer. Long-hole drill rigs can be used only for production purposes, optimizing the process. The Easer also guarantees that the raise will be 100 percent opened during the blasting process.”

Did Epiroc and Ferbasa face any specific challenges along the way?
WL: “Some rearrangement was required to accommodate the drilling tools, to fit in with operational needs. The drift around the equipment was extended to allow enough space for maneuvers.”

PR: “We did adapt the system somewhat, to better direct the drilling waste from the hole and facilitate operational procedures. All these improvements were made in full synergy with our factory and were reported accordingly. This will support our designers in making the necessary improvements to new machines thanks to our experience with Ferbasa.”

What about human challenges? How did the operators engage?
WL: “They got very enthusiastic about how their work would be safer and much less stressful. And of course, they loved the air-conditioned cabin and the ergonomics in general.”

PR: “One of our best technicians was fully responsible for the machine. In addition, Epiroc sent experts from Sweden and Mexico to run training in new processes and equipment features. This was accomplished in just 30 days. We trained two well-qualified operators at first, and then exponentially multiplied their knowledge by sharing with others.”

Now that all the challenges have been resolved, what other results have you seen?
WL: “It really had a positive impact on our business. Operating costs dropped and are still going down. Other highlights are fewer people involved, higher productivity, greater flexibility and, last but not least, greater safety.”

PR: “Our measurements at Ferbasa show savings of up to 60 percent, looking at the direct labor factor alone. We have also been able to demonstrate a 48 percent reduction in the work shifts required to open a slot raise.”

So could we expect this partnership to keep going? Maybe for 30 more years…?
WL: “Testing of the Easer began in December 2017 and after all the customization and training, it began to drill in January. I do believe that this machine will initiate a new era in the relationship between Ferbasa and Epiroc.”

PR: “The test period ended in June 2018. In May, Epiroc held a customer day at Ferbasa, showing the Easer and the Epiroc solutions that integrate their fleet as well. Professionals from all over Brazil and other South American countries visited us, and the Easer was the key attraction. In summary, we strongly believe that the Easer is a new milestone. So yes, we hope that our partnership will extend for at least another 30 years.”

4 keys to a successful partnership

The combination of a high-performance mine and a focused provider offers great possibilities. Here are four key factors for transforming this potential into tangible KPIs:

Ferbasa had the confidence to change processes based on the promise of a prototype. Epiroc trusted in their goodwill to invest in the solution. There was much at stake, but also a lot of trust – based on 30 years of successful partnership.

Innovative spirit
This was not the first time Ferbasa had invested in innovative proposals from Epiroc. This mining company is not afraid of trying what’s new, and history has proven that this approach pays off.

Collaborative work
The commitment, proactivity, fellowship and transparency between Epiroc and Ferbasa’s teams made all the implementations more than possible. The deployment was completed in record time.

High-level technology
Seeing the new Easer in action is amazing. Only a revolutionary engineering project could deliver these results.

CIA Ferro Ligas da Bahia – Ferbasa
Currently one of the 500 largest companies in Brazil, Ferbasa conducts activities in the  areas of mining, metallurgy and forest resources. Its mission is to combine high-quality products with strong socio-environmental performance. A leader in the production of ferroalloys and the only integrated ferrochrome producer in the Americas, Ferbasa
is one of the 10 largest companies in Bahia. 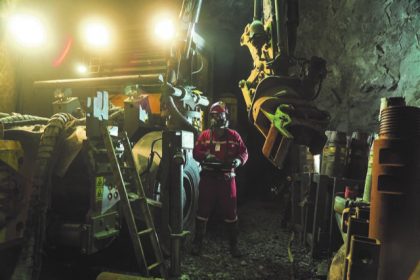