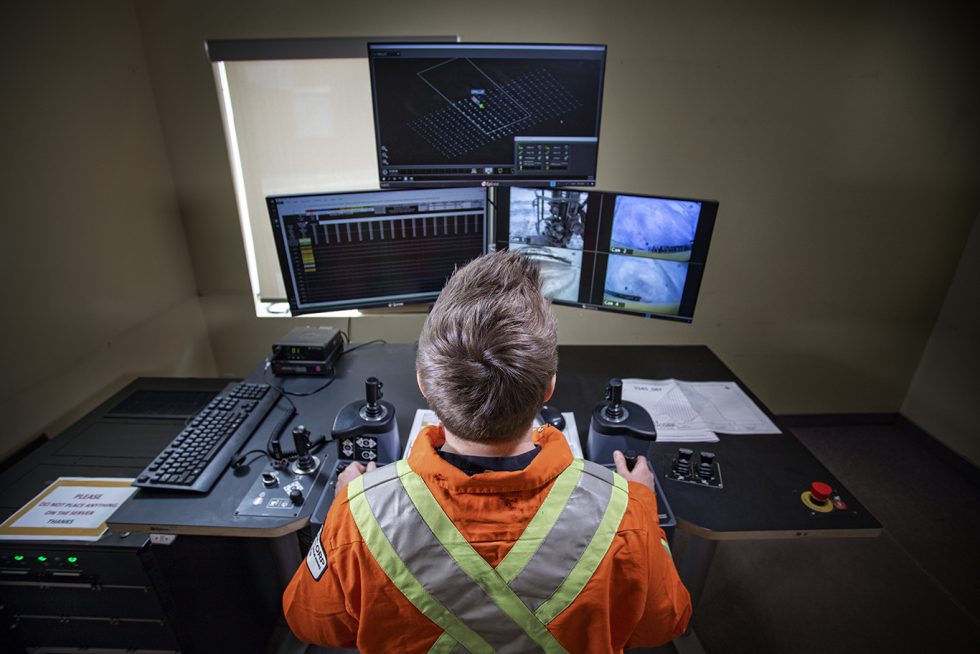 Looking for a revolution?

The Hollinger mine in Canada is where it all happens. This is an open pit gold mine located in downtown Timmins, a city with a population of 45 000 in the province of Ontario. This site is part of Newmont Goldcorp Porcupine’s operations in the area. Once the remaining gold has been recovered, this mine will be transformed into a public park. But for now, it is a gold mine in full operation and center stage for the latest innovation in surface drilling automation.

Ever since the first industrial revolution in the late 18th century, innovation and technological development have been aimed towards making human life easier, safer and more efficient. With the advent of steam and water power, electricity, assembly lines and computerization, the possibilities for mass production steadily increased.

We have now entered into the era of the fourth industrial revolution, also known as Industry 4.0. This sprint includes technologies such as cyber-physical systems, the Internet of Things and the Internet of Systems. It is predicted that these new technologies will have an impact on all industries and economies. The rock excavation industry is no exception. 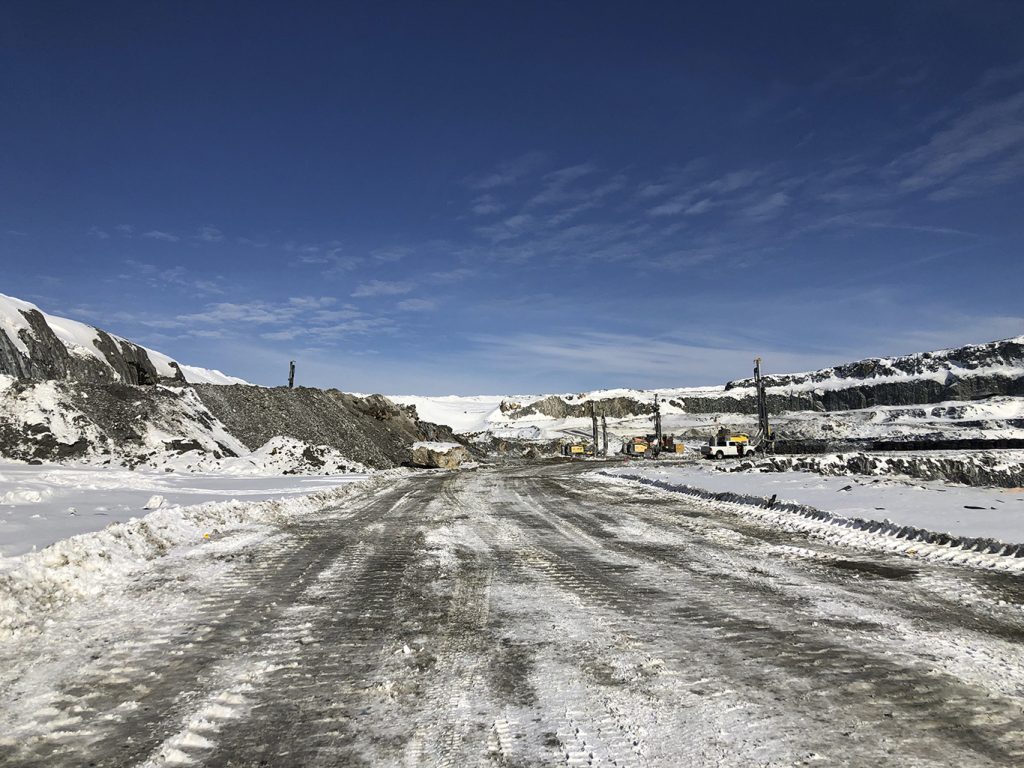 As a company that not only adopts the latest technology but aims to lead the development of innovation in our industry, Epiroc recently reached an important milestone. Together with our long-term partner Newmont Goldcorp, we have now put the world’s first fully autonomous SmartROC D65 surface drill rig, in production. Let’s take a minute to contemplate what that actually means. Traditional surface drilling requires a person to physically be in the cabin while operating the drill rig. Alternatively, the operator can be in the vicinity of the drill rig with a radio remote control or with Epiroc’s remote operator station, BenchREMOTE.

What is unique about this latest achievement is that the surface drill rig, SmartROC D65, is now able to drill an entire pattern autonomously. The operator can be located in an office, several kilometers from the work site. However, given that there is an internet connection, this office could potentially be located on the other side of the globe.

When the perimeter of autonomous operations, also known as the geofence, have been set up, the SmartROC D65 is good to go. Within this area it can carry out the required operations needed to drill not just one hole autonomously, but a complete drill pattern. This means that the drill rig can tram to and position the feed foot correctly at the collaring point. It then drills the hole to the desired depth and will also handle rod change during the drill cycle. When the hole is drilled and the rods are retrieved, the rig moves on to the next hole until the entire drill pattern is completed.

Not only will this remove the operator from potentially hazardous benches in a mine or a quarry, it will let the operator carry out other tasks while the rig is drilling. Other benefits are increased productivity and better hole quality. When the SmartROC D65 is used for autonomous drilling, it will put more holes in the ground per shift. In part because automating the drilling process results in continuous operations without breaks and with less wear on drilling tools. In addition to this, positioning is faster and more accurate. This is all made possible since autonomous drilling employs already existing technologies developed by Epiroc.

“To make this work we are using the smart functions on the drill rig that are already there. Since we developed these functions over the years we have a good understanding of how to incorporate them in the autonomous mode. I’m talking about functions such as the Rod Handling System, the Hole Navigation System and Auto Positioning. Of course, some mechanical modifications and an upgrade of the Rig Control System is also required. “

Most autonomous operations still need human monitoring and this paves the way for a new generation of drill rig operators. Annie Levasseur is one of the first operators in the Hollinger mine to work with the autonomous SmartROC D65. She has been operating surface drill rigs the traditional way for many years and is now embracing the new technology.

“In my opinion, this is awesome. After our morning brief, instead of spending 30 minutes going by truck to the drill rig down in the pit, I just go to the office upstairs and start it up. I’ll check the drill rig status, load the drill pattern and I’ll be up and drilling in a matter of minutes.” 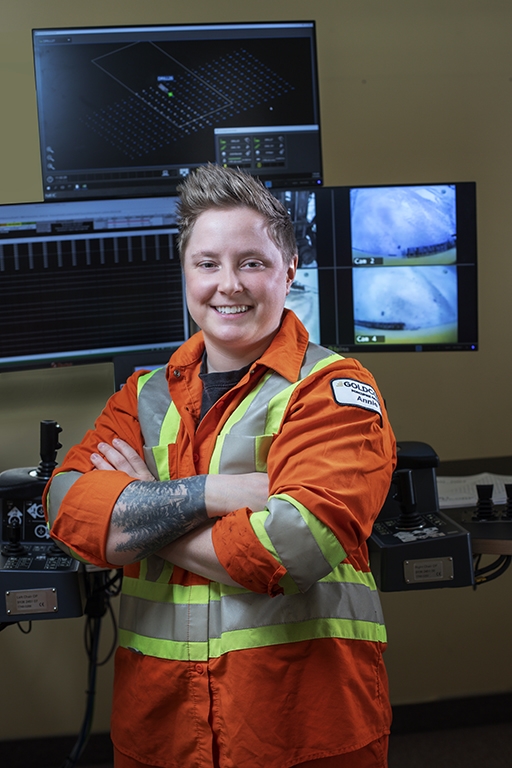 “Operating the drill rig this way, I’m not concerned about my own safety and I can be more efficient. For example, I can prepare for sampling while the drill rig is working autonomously on the drill pattern. Also, the working environment in this office is obviously more pleasant than down in the pit. By not having to go from warm and cold temperatures even my asthma has actually gotten better.”

When visiting the Hollinger mine, it immediately becomes clear that safety is a top priority for Newmont Goldcorp. Since this priority is shared by Epiroc and the fact that operator safety is one of the main benefits of autonomous drilling, the successful partnership between the two companies comes as no surprise.

Shahn Cybulski of Newmont Goldcorp Porcupine shares his view of the project.

“The most important part for me as Fleet Management Coordinator at Newmont Goldcorp Porcupine is basically to ensure the safety of all personnel entering the Hollinger open-pit operations. As well as maintaining the highest level of productivity possible.” 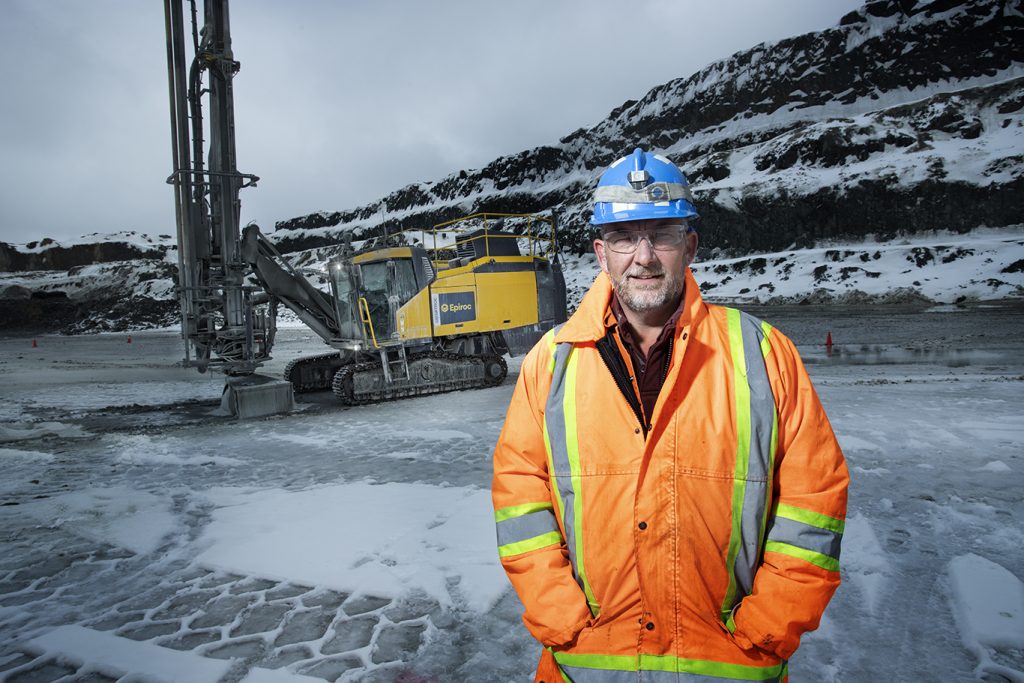 “Newmont Goldcorp and Epiroc have entered into this project for the same reasons. Both companies strive to be at the forefront of innovation and development in the rock drilling industry. We currently have two SmartROC D65 autonomous drill rigs running in the Hollinger open-pit and to date I have yet to see any downside to this project.”

In the age of Industry 4.0 that we have now entered, the boundaries between digital, physical and biological is getting more and more hazy.

From the smartwatch on your wrist to fully autonomous SmartROC D65 drill rigs in an open-pit gold mine. If you’re looking for a revolution – look around you. Or take a trip to Timmins, Canada. 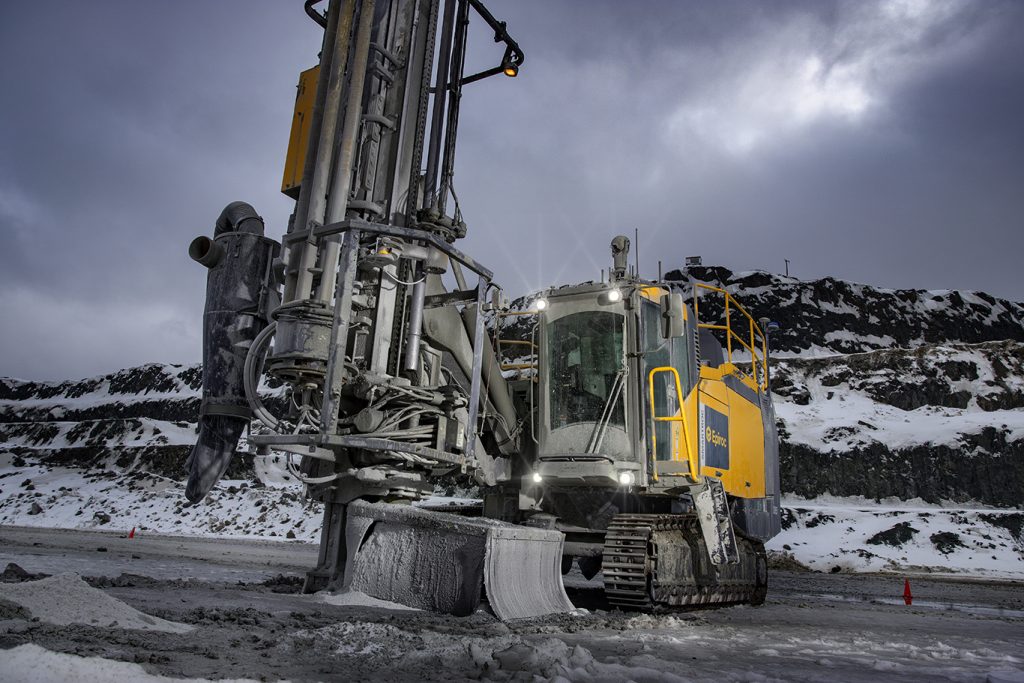 One of two fully autonomous SmartROC D65 surface drill rigs in the Hollinger open-pit mine in Timmins, Canada.