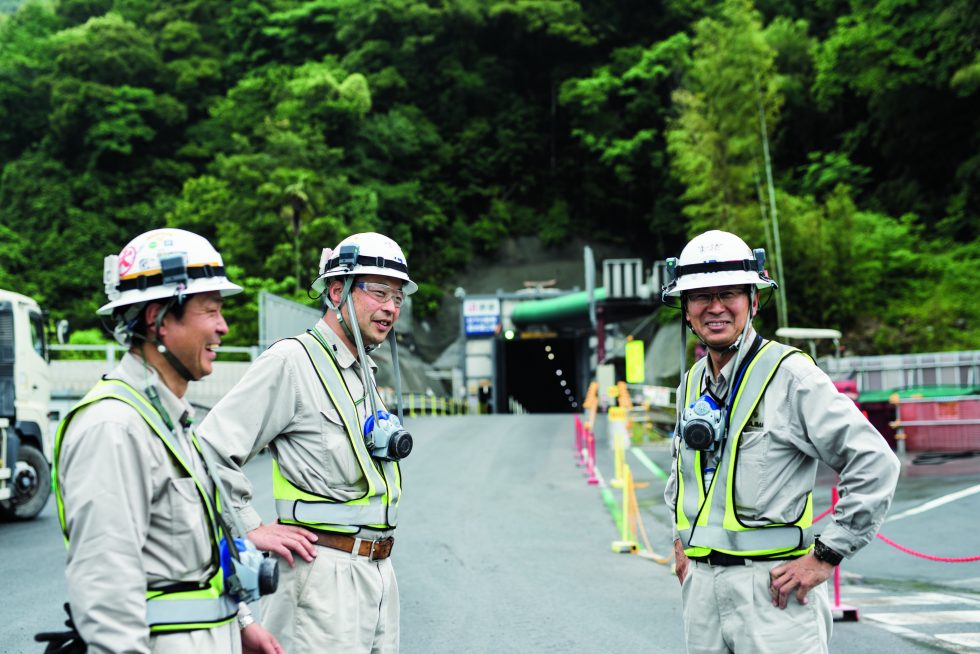 Disaster preparation is a major issue in Japan, where earthquakes, erupting volcanoes, typhoons and landslides can cause considerable problems. Construction giant Kajima Corporation is digging a drainage tunnel in rural Kochi Prefecture to prevent flooding during the typhoon season.

Due to its position in the western Pacific Ocean, Japan is beset by 30 or more powerful typhoons, packing strong winds and heavy rain, between June and October every year. Floods and landslides caused by the massive rainfall are very common and a constant headache for communities around the country.

Shikoku, the smallest of the four larger islands, receives more than its fair share of these typhoons. In a town called Hidakamura, the Kajima Corporation, one of the oldest and largest construction companies in Japan, is busily building a drainage tunnel called the Kusakagawa New River Tunnel at the request of the national government. 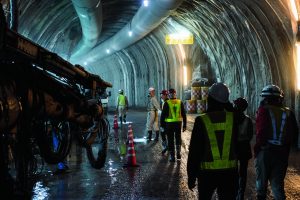 A key component in the project is the Epiroc Boomer E2, an automated face drilling rig. When Mining & Construction Magazine visits the site, surrounded by massively forested hillsides,it enters the tunnel at the start of the day shift. The tunnel is well lit and various
support vehicles are parked along the walls, ready to move when different stages of the process are completed.

As the rig reaches the end of the tunnel, the operator initiates preprogrammed drilling of holes for explosives. The two booms smoothly and quickly move to reposition for the next hole. Once the drilling cycle is completed, explosives are inserted manually, the blast is set
off, and the muck is rapidly transported out of the tunnel by loaders. Once the wall is scaled with the help of a large breaker, the walls and ceiling are covered in shotcrete. It is then time for the whole process to be repeated. The speed and efficiency are impressive.

“We are adamant about meeting our schedule for the residents in the area, who face the peril of more floods and landslides with every typhoon season without proper drainage of the rain water,” says Masakazu Matsuda, Kajima’s Project Manager for the Kusakagawa New River Tunnel.

The Boomer E2 is equipped with the Epiroc Rig Control System, allowing the operator to easily monitor and control all rig functions and maintain a better focus on drilling, as well as Advanced Boom Control (ABC) Total. 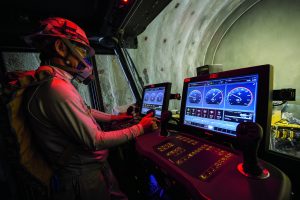 The latter is a smart function that allows for complete automation of the drilling process, even through employee breaks and shift changes.

“The rig is a crucial timesaver for us. Thanks to its automated features and its ease of use, we save a lot of time on both operator training and the actual drilling. Between 85 and 90 percent of the drill holes are drilled autonomously,” says Masakazu Matsuda.

With Epiroc’s long history in the field of autonomy, Kajima’s automation rate is much higher than that of similar companies in
comparable countries.

“This achievement is built upon our vast experience with Epiroc automation, starting with the Boomer XE4C,” says Matsuda.

Kajima is an accomplished tunnel builder – with its mountainous landscape, Japan has more tunnels per square kilometer than any other country in the world – but there are always problems along the way.

“The rock here is quite varied, and even though we do geological surveys before we start, we often find that they don’t always correspond with reality. That’s why we truly 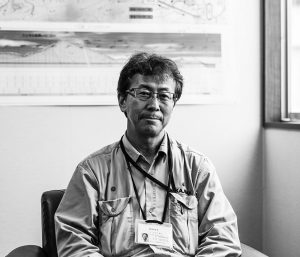 appreciate how the Boomer E2 can sense the rock hardness and fractures while drilling and give us data about the rock some five meters in,”says Masakazu Matsuda.

Deputy Project Manager Hiroshi Fujii adds: “The quality of the equipment coupled with the computerized control of the drilling really cuts down our costs for service and  consumables, not to mention less downtime. We estimate that we save around 50 percent
on repair costs and up to 80 percent on consumables. Not having to manually mark the positions of the drill holes is another small but time-consuming operation we don’t need now.”

At Kajima headquarters in central Tokyo, automation technology research and  development is taking place at an accelerated pace, often together with partners in fields such as robotics and artificial intelligence. There are already specially programmed industrial robots in use in high-rise building projects for tasks such as welding, riveting, painting, and even transporting material and assembling components. But, while buildings are fairly predictable projects, tunnels are a different beast.

“In tunnels, nature itself is our adversary, and the variety and changeability of conditions make it more difficult to fully automate,” explains Hiroshi Fujii.

The construction industry in Japan isfacing a number of challenges, now and in the future. Takahiro Aoyagi, General Manager of Tunneling, says, “In Japan, we have a serious demographic problem with an aging population and low birth rates. Those are factors that affect all industries, but especially those who employ manual labor.”

Japan is well-known for its high median age and its large number of centenarians. This, coupled with fewer young people having children, has prompted the Japanese government to relax rules for foreign labor at Japanese companies. But Kajima’s view is that this is not enough; automation must also be adopted where feasible. 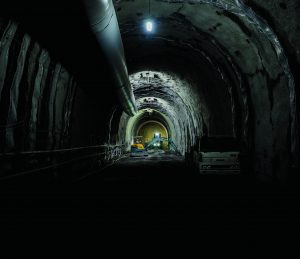 A smaller labor population is one persistent problem. Another is that manual labor is increasingly being viewed as “dirty, dangerous and hard” by younger Japanese. Automation is considered key to improving the image of construction work, making the workplace more attractive.

The automated systems on the Epiroc Boomer E2 are very valuable in this respect, according to Kajima. The automation features of the rig also create economic benefits. Site Manager Takashi Mega mentions how the automated rig will save the company a lot on
employee-related costs: “The conventional rigs require experienced professionals that
we have to recruit from throughout the whole country and provide housing for onsite. But with the Boomer E2, we will be able to attract people from the surrounding area with less experience.”

Kajima has always been at the forefront of technological development in its industry, and the company sees automation as one of the large, strategically crucial challenges that will affect the future of Kajima Corporation and the Japanese construction industry as a whole.

Takahiro Aoyagi says, “With the assistance of advanced systems from Epiroc, we are confident that we will be able to make our tunnel drilling faster, safer and increasingly efficient through automation both now and in the future”. 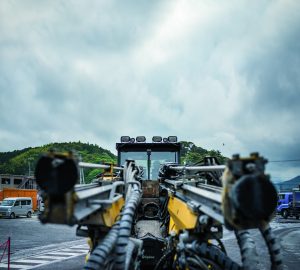 Kajima has been using Epiroc machinery since the 1980s, utilizing several generations of the Boomer series, mainly in tunnel projects. Despite Japan’s rental culture, Kajima has purchased its Epiroc rigs. The two companies are continually cooperating in the development of tailor-made solutions to fit Kajima’s varying needs.