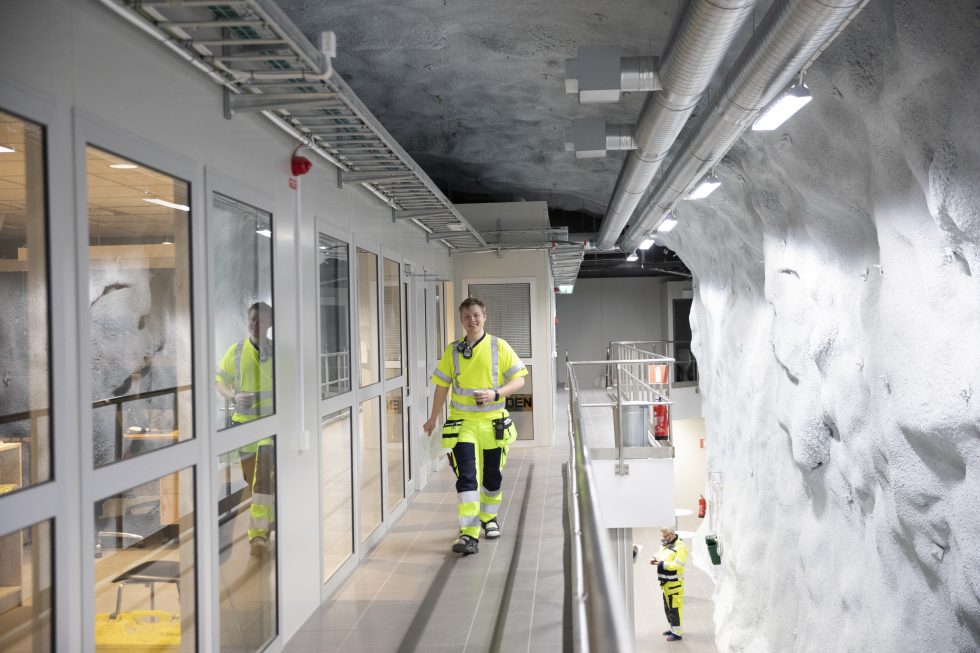 This is how Sweden’s oldest mine is to be automated

A green light flashes on the ceiling twelve hundred meters below ground. They can be found everywhere down here in the mine. They are the WiFi access points that connect the machines in the mine shaft with the control room.

The entire Garpenberg mine, the oldest still in use in Sweden, has become digital in order to increase operational automation.

We continue a little further by car and arrive at the Sofia drill, which is operated by remote control. The shaft in which Sofia drills is filled with water and is cordoned off.

“A major advantage of remote control is the working environment. You do not have to sit in a machine down here, instead you can sit up in the office with a coffee and colleagues”, says Max Herlitz, Production Supervisor at Boliden Garpenberg.

Automation provides a safer mine

Two other major benefits of automation are the ability to increase production rates and to improve safety at the same time.

“Automation helps us increase safety and become more productive, so that we can compete with other mines around the world. We have come a long way with automation in some areas such as loading, but drilling is a bottleneck that we are working on now with Epiroc”.

There are six Epiroc Simba E7C drill rigs In the mine. Five are owned by Boliden and one is hired. All of them have female names: Maria, Sofia, Molly, Julia, Lisa and Alva. 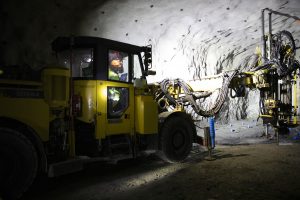 All drill rigs have been converted for remote control use

So far, only Sofia can be operated remotely. The technology has been in place for three years, but was made possible by the installation of a drill bit changer in Sofia in the autumn of 2017.

“We will be converting all drill rigs for tele-remote use. Molly will be next. This summer we are getting a new Simba from Epiroc with a Cop 2550 UX drill that provides straighter holes and greater drilling penetration. That means that we will be able to drill fewer and larger holes, which saves time”, says Max Herlitz.

The mine is also in the initial stages of moving the rigs between lines remotely with the help of electricity. Something that means that operators do not have to go down and move the machines manually every time.

The underground office environment was inaugurated two years ago. There are conference rooms, a coffee machine, an internal TV and toilets.

“No need to sit in a noisy environment”

Loading machines and drilling rigs are controlled by remote control from within the automation room. Drill instructor, Johnny Gäfvert, controls the drill Sofia.

“The best thing about working up here compared with being down in the machine is that you do not have to sit in a noisy environment all day”, he says.

The rock in which Sofia drills is so good that Johnny rarely needs to intervene.

Reclined in an office chair, he monitors the drill and can zoom in different parts of the machine at a detailed level, right down to the label on the hoses.

On another screen, production data is collected using the Certiq application. 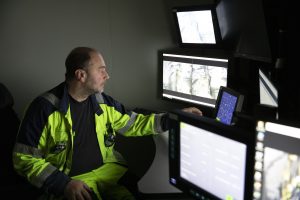 “Once we have converted more rigs for remote control, one operator will be able to monitor several simultaneously. This increases efficiency”, says Max Herlitz.

The goal for the future is also to be able to staff the station around the clock.

When all drilling is handled remotely, there is no longer a need for production interruptions during blasting at four o’clock in the morning and four in the afternoon.

“Every day, six hours are lost between shifts. We want the machines to be able to run 24 hours” a day, says Max Herlitz.

He emphasizes that development would not be possible without the great interest of staff.

“Without their interest, we would not have been able to increase the production as we have. But it is also great that Epiroc is so committed. When we have meetings, the entire management team will often come here and it is great to be able to present to them.

Epiroc sales engineer, Hans Larsson, has been extremely supportive throughout the process.

“I think Max and his colleague, Andreas Eriksson, have done a great job with this and have been a driving force getting the staff onboard. That’s the foundation”, says Hans Larsson.

In his role as a salesman, he wants to help customers develop with new technology.
In some cases, new and effective solutions mean that he can simply sell fewer, but more efficient, machines.

“That’s how my job is and that’s the way it should be. There is constant technological development in mining and we help customers to be at the forefront”.

• Boliden Garpenberg outside Hedemora is one of the world’s most modern mines and the oldest mine still producing in Sweden.

• In 2015 the mine invested in a new production plant with the goal of increasing production from 2.5 million tonnes of ore to 3 million tonnes per year, while at the same time improving both safety and productivity to a world-leading standard.

Note: This article was originally published in Bitz, Epiroc’s magazine for the Swedish market.