THE NEXT STEP IN UNDERGROUND ROCK EXCAVATION

The Mobile Miner offers a new way of continuous hard rock mining with the potential to change the mining industry. It exists thanks to a successful partnership between Atlas Copco and Anglo American.

Back in 2012, Anglo American approached Atlas Copco to discuss their future challenges. Anglo American, a globally diversified mining business with operations and projects on five continents, wanted to move towards a continuous mining system based on mechanical rock cutting with a view to improving safety and productivity, initially within its Platinum business. Five years later, after advanced trials at the company’s underground mining operation at Twickenham mine, South Africa, Atlas Copco is launching the Mobile Miner. It is a small and flexible machine that enables faster, safer and more predictable mining – using a technique that has never before been used for hard rock mining. Mining & Construction brought together Anglo American’s Roland Berndt and Atlas Copco’s Mikael Ramström for a discussion on innovation and successful collaborations.

How did the collaboration between Anglo American and Atlas Copco begin?

MIKAEL RAMSTRÖM: “Anglo American wanted to look into new technological possibilities of mechanical mining. The intention was to apply Mechanical Rock Excavation, a technique we had developed with another miner. In the fall of 2012 we started work on the Rapid Mine Development System, or RMDS. Over time we started using the name Reef Miner. Atlas Copco has now launched the machine and it is called the Mobile Miner 22H.”

ROLAND BERNDT: “We realised there wasn’t an off the shelf product already available. So we sought a development partner. Atlas Copco’s solution was interesting. There are tunnel boring machines that can do the same kind of tunneling, but they tend to be very large. For platinum, where the reef is quite narrow and thin, those machines are excavating a lot of waste material and the economics become a problem. The RMDS was designed for the excavation of low-profile tunnels in hard rock; it is very flat, and primarily excavates valuable reef instead of waste rock. Anglo American Platinum had a need for this kind of machine, and the Anglo American Group as a whole wanted to explore continuous hard rock cutting as a more general mining innovation as part of its FutureSmart Mining proposition.”

Mikael, you have described the mining industry as conservative, but Anglo American as an open-minded operator. What do you mean by that?

MR: “Anglo American is a truly global company, just like Atlas Copco. Their set-up at the Twickenham mine is more or less unique, and it is ideal for testing and R&D. We used an existing technology, commonly used in other types of tunneling and in civil engineering, and we packaged it in a smaller machine. The trick for us is not to develop the cutting method itself, but to adapt and package a proven and already existing technology for the mining industry.”

RB: “Many mining companies adopt a ‘fast second’ or ‘fast follower’ technology strategy, so yes, the mining industry can be conservative. However, Anglo American has strategically chosen to be a technology leader in certain areas. We believe safety and sustainability go hand in hand and that the Mobile Miner will help the industry take a step in the right direction in achieving both.” 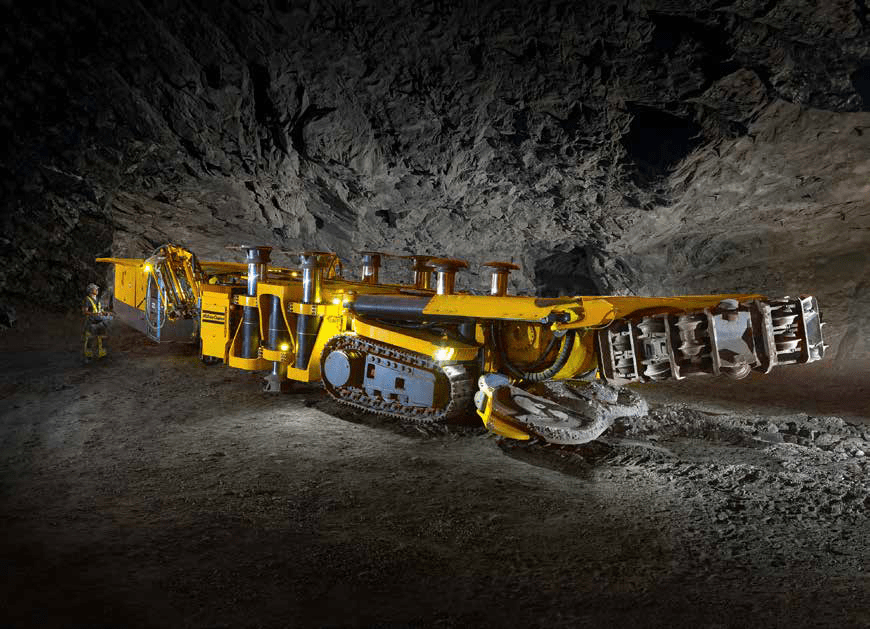 This collaboration has been favorable, but what were the difficulties along the way?

RB: “One concrete problem is that there’s a lot of activity at the mine. Many different projects mean that there is competition for time and space. We had to make the Anglo American underground site team available and had to make sure the infrastructure was robust. One of the classic difficulties is that you have the supplier sitting in Europe and the mining operations and project team in South Africa. Fortunately, Atlas Copco has good representation in Johannesburg. We communicate well and all parties have had an open approach to solving problems.”

MR: “We are equal partners on this project, but sometimes you fall back into the more traditional roles of customer and supplier. For the ones who were working daily on the project this has never been an issue, but people who are involved intermittently can be confused because our way of working is so transparent. We share insights and knowledge, and that is quite rare between a customer and a supplier.” So is the Mobile Miner a new step in technology?

MR: “Yes, and we are happy to have this product family and we want to share it. There is still testing going on, but we are confident the project will deliver.”

RB: “Yes. One of the real benefits of going mechanized is the productivity improvement, but it is also about safety. The cutting process doesn’t do as much damage to the surrounding rock, which leads to less risk of fall of ground. A mechanized mining method improves safety by taking people away from the riskier areas. We want people to appreciate that this kind of modernization actually improves the performance of the mine and makes it more successful, so everyone benefits.” Will Atlas Copco and Anglo American maintain their partnership after this project?

RB: “We think these machines could be incorporated at other Anglo American sites. In that case, we would go to Atlas Copco and buy a machine off the shelf; but without this development work we could never have reached that stage.”

MR: “We have another project running in parallel, the Slotborer Project, which is linked to the RMDS project. We will continue to work on that for at least another year, but we believe there is potential to work together in other areas as well.”

Anglo American is a globally diversified mining business with operations and projects on five continents. With headquarters located in London, United Kingdom, its primary products are diamonds, copper, platinum group metals (PGMs), iron ore & manganese, coal and nickel. The Twickenham mine is located in the northwest of South Africa, at one of the largest platinum reserves in the country. At the moment the mine is used primarily for testing and research. 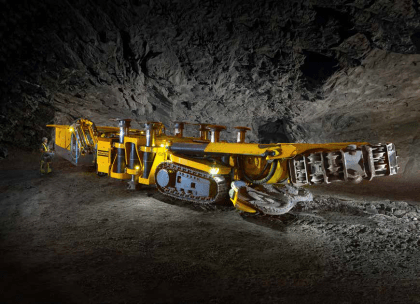