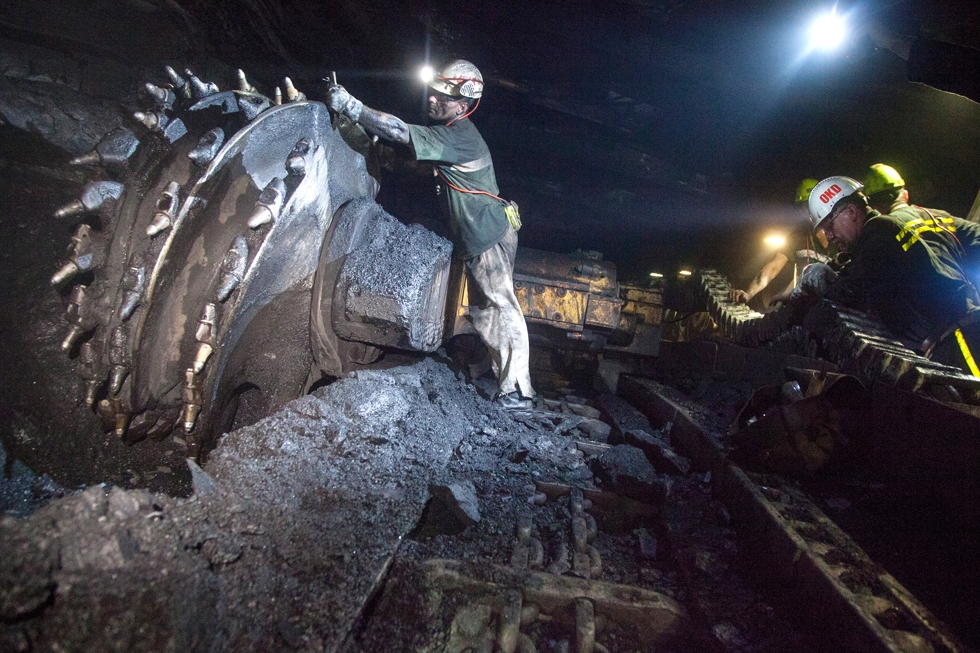 Underground Mining
Miners in the OKD coal mine CMS located in the Upper Silesian coal basin in the Czech Republic.

Dalkia Industry CZ, a leading energy producer in the Czech Republic, has completed the installation of a new compressed air system to serve nine coal mines using the latest technology from Atlas Copco.

Coal miners working at the OKD coal mines in the Czech Republic can now reap the benefit of a top class compressed air system based on the latest compressed air know-how.

The system, based on 20 high-performance Atlas Copco compressors, is the result of a multi-year process of modernization that was completed in October this year.

It was in 2005 that the company replaced the first turbocompressor at one mine setting off a chain-reaction of renewal at all nine OKD mines around the country. Now the 20th and final unit has been ceremoniously put into operation.

In addition to increased safety, the new system offers greater efficiency in terms of lower energy consumption along with a sophisticated control system, energy recovery capability and low maintenance. The units were supplied as complete, integrated packages equipped with all components, internal pipe systems and connections. As a result, Dalkia as the provider of the compressed air for OKD,  is able to produce 2.4 billion cubic meters of compressed air per year for the miners.

Laurent Tupinier, CEO of Dalkia Industry, says: “The main requirement is to have a large and stable output, a pressure of 4 to 4.5 bar at a temperature below 60°C.” And he adds: “For work in mine shafts, compressed air is absolutely key for operational and safety reasons.”

All of the units, type ZH 10000 and ZH 15000, are water-cooled, two-stage centrifugal air compressors. They are connecte-d to central controllers which, if needed, alternate the operation of individual compressors and monitor the entire compressor station.

This ensures that the compressors produc-e only the actual volume needed. This avoids unnecessary running times and results in significant energy cost savings as well as lower CO2 emissions. Further energy costs are saved as the compressors’ cooling water is also used to heat up the water in the miners’ showers.

In addition, the new system only needs to be inspected once or twice per shift, an operation that takes just a few minutes.

The compressors support the Dalkia miner-s working as far as 1 km underground. They are used to drive ventilation fans for exhaust emission, for other equipment powered by compressed air such as drill rigs, transport gates, pick hammers, hand tools and much more.