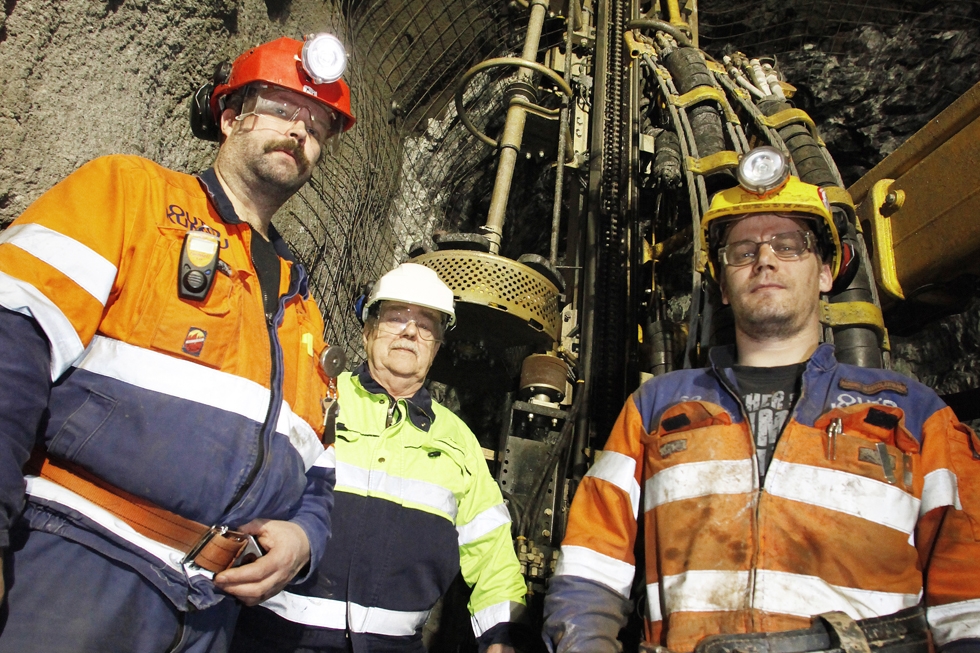 FINE BOLTING IN FINLAND with the new Boltec EC

New Boltec rig reaches new heights at Kemi Mine. The Kemi chromium mine in Finland is an impressive operation with an equally impressive fleet of drilling equipment. When it comes to rock bolting, it is setting the same high demands.

The Kemi Mine, located at the northern end of the Bay of Bothnia between the towns of Kemi and Tornio, is a highly developed and technically advanced mine. It has been successfully extracting high grade chromium for the world’s steel mills since the 1960s.

An open pit for most of its life, Kemi went underground in 2003 and from then on it has consistently used equipment from Atlas Copco to meet its ore production target which currently stands at 1.3 million tonnes per year.

Owned and operated by the Outokumpu Group, Kemi’s fleet includes Boomer and Simba rigs for drilling, Boltec and Cabletec for rock bolting and Diamec for exploration – all of which have been highly praised for high precision and productivity. Now the mine has received a further boost through its latest acquisition, the Boltec EC EH-DH drill rig.

This new bolting rig, which arrived on site in December 2011, represents the most advanced bolting technology on the market. It is also the first Boltec to be equipped with the robust BUT 45 boom and can be -operated using both electricity and diesel power.

Up until the end of October it had been used to install 34 163 bolts with 120 to 130 bolts installed per 8-hour shift. Operator Markku Paakkolanvaara clearly sees the new model as a big improvement. He tells M&C: “I am very satisfied with it – especially with the boom which feels much more stable than the previous rigs and gives me a better, longer reach.

“We have only had to use the diesel engine a few times in locations where we needed to patch up after infrastructure had been removed and where we needed holes for power lines and water pipes. It otherwise works fine using electric power.”

Contract Supervisor Ari Keskitalo is also impressed by the performance of the new Boltec and its BUT boom. He says that for him the rig is “beyond compare”, especially in fast bolting when bolts are installed in large quantities.

In addition, he believes that service and maintenance costs will reduce significantly, in part due to the improved quality of components such as the slide pieces and bearing housings which he says will last longer.

Top of the class

According to General Manager Antti Pihko, the collaboration with Atlas Copco has been fruitful in many other ways beyong the supply of high-technology mining equipment.

“The rigs are of high quality and I think the after-sales services – rig service and spare parts – are top of the class,” he says. “One vital factor has been the strong will and ability of Atlas Copco to engage in joint development work with our mine and to take on new challenges. Mutual innovativeness has marked this collaboration from the very start.”

Keskitalo adds that the service life of the rigs at the Kemi Mine is, on average, five years, after which they are sold on and replaced. “Technology advances continuously and we strive to stay on top of the technical developments to reduce the higher maintenance costs associated with having older equipment,” he says.

Kemi’s almost vertical chromium deposit is approximately three km long and 40 m wide. The deepest point of the mine is currently at 600 m. The mineral reserve is 126  million tonnes (estimated to 1 km) and it believed to descend more than two kilometers.

It is therefore not surprising that Mine Manager Pihko emphasises that all decisions at Kemi are made with an eye to the future and the possibility of going deeper.