Tara Mine, the biggest zinc mining operation in Europe and the fifth largest in the world, is performing better than ever with a new management team and a healthy injection of new technology.

The Hill of Tara, near Dublin, Ireland, is an area full of mystery and mythology. According to legend, it was once “The Seat of Kings” and regarded as the centre of the universe.

Nowadays, the ancient hill that has fascinated historians for centuries is also a source of inspiration for the mining community. The reason: the changing fortunes of the nearby Tara Mine.

Tara Mine, the largest zinc deposit in Europe and one of the largest in the world, had been finding it difficult for many years to meet its targets. Today, however, productivity is back on track and Tara has returned to profitability.

Currently occupying this “seat of kings” is the Swedish mining company Boliden, which took over in January 2004. Since then, significant improvements have been made following the
introduction of revised management practices and more modern equipment. 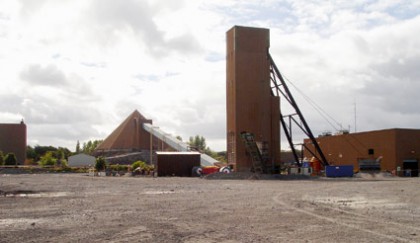