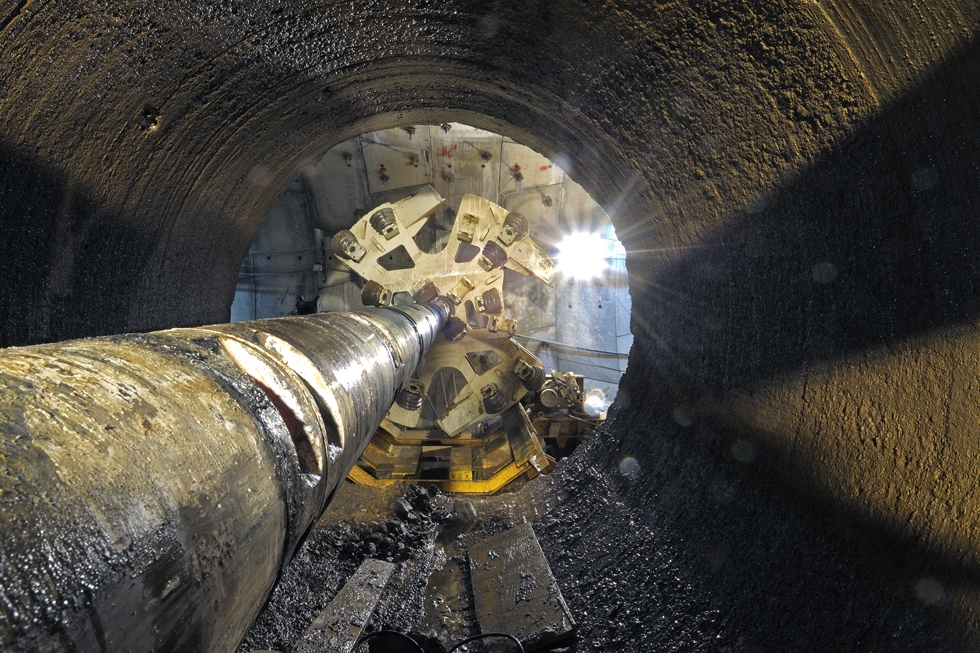 When it comes to rail transport underground, the new subway lines deep beneath the city of Naples have become something of a benchmark. Here, the air pressure is high, but the trains will swish through without a single “boom”.

The bustling city of Naples is every bit as fascinating below ground as it is on the surface. The city’s subway stations, designed by leading international architects, display contemporary works of art to inspire travellers as they make their way to their various destinations.

But when the subway had to be expanded recently, engineers found that loose ground conditions and the many archeological sites and historical buildings that had to be preserved, made it impossible to extend the old routes on the same level. Instead, the new system had to go deeper.

In most subway systems, trains thrust a wall of air ahead of them and also suck in a torrent of air behind them as they speed through a tunnel. This creates a vacuum which often results in a “boom” sound that experts call “the piston effect”.

However, it is not the noise that is the greatest concern but the vibrations created by the “booms” which may cause disturbances. Naples’ new Line 1 extension, which will run from Dante station to the Garibaldi Central Station to link up with Line 6 at City Hall Station, is being constructed 30-40 m below ground level and 20-30 m below the water table.

At this depth it was estimated that the new tunnels will have an average pressure of 3 bar (43.5 psi, 300 KPa) which is enough to create a piston effect that could possibly endanger the stability of the subway platforms, stations and other installations.

The solution was to try and relieve this pressure by allowing it to dissipate through strategically placed openings, installed horizontally between the parallel tunnels (see drawing). To do the job, contractor Sudmetro, working with geotechnical specialist Icotekne, decided to employ raise boring technology from Atlas Copco.

Vittorio Manassero, Technical Director of Icotekne, explains: “These openings connect the two main tunnels and are intended to mitigate the piston effect caused by the passage of subway trains.”

Manassero explained how the area around the perimeter of each opening is first cement and chemical grouted and reinforced with rock anchors. The Atlas Copco Robbins 53RH raise boring machine then takes over, initially drilling a pilot hole of 311 mm in diameter.

The machine’s reaming head is then raised on a special trolley and assembled onto the drill rod and then back-reamed to the machine, reaming up the hole to the desired diameter.

The raisebored openings which are 3.5 m in diameter, are then PVC sealed and lined and vary in length between 5.5 m and 7.5 m.

The Robbins 53RH raiseborer has an installed capacity of 255 kW, a maximum reaming thrust of 3 350 kN and a maximum torque of 156 kNm. The drill rod is 286 mm in diameter and 750 mm long, while the reaming head weighs 12 tonnes and is equipped with 18 cutters.

Paulo Foppiani, Managing Director of Icotekne, explains: “The Atlas Copco raiseborer was a very good choice for this job. Apart from the excellent technology which makes it easy and fast, it is also good from a safety point of view as it eliminates the danger of falling rock, fumes and the presence of operators in the hole while work is going on.”

So far, a total of 16 raisebored openings have been completed at five stations along the new Line 1 route (at Toledo, Municipio, Università, Duomo and Garibaldi). And when the new line opens in 2013, it will be known as Metro dell’Arte, linking strategic areas of the city to Naples central railway station. (See raiseborers in action on the Atlas Copco YouTube channel.)