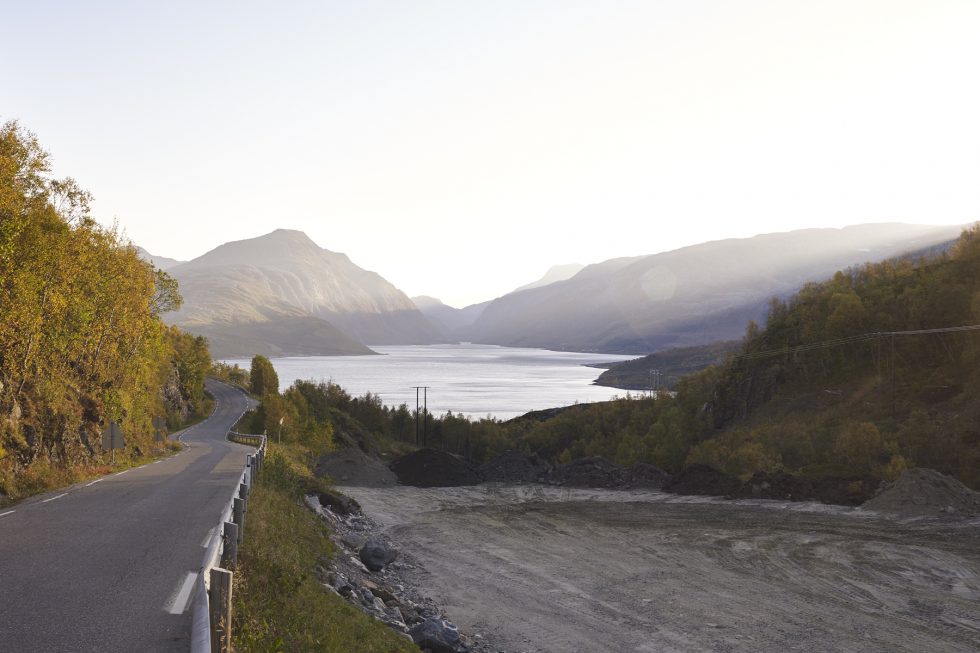 Building two hydropower plants in northern Norway, BetonmastHæhre Anlegg faces specific challenges – and is overcoming them with the help of the Häggloader. The environment, the project budget and the operators are all winners. 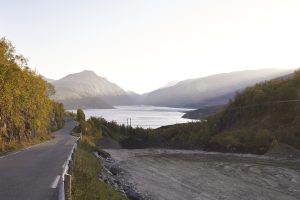 Since fall 2015 an enormous project has been under way on both sides of the Gjervalen Fjord on the west coast of Norway, just south of the Arctic Circle. Power company Smisto Kraft is having two hydropower plants built into the rock: Smibelg and Storåvatn, which together will produce 210 gigawatt hours of electricity per year.

Responsibility for delivering a turnkey project encompassing everything except the power electronics, lies with BetonmastHæhre Anlegg. In addition to the actual power stations,  among other things the company is building five water reservoirs, four brook intakes and a pumping station – as well as 27 kilometers of tunnels, mainly for water.

Since the tunnels are only 20 square meters in size, there is no room to turn around loaders at the tunnel fronts. Here BetonmastHæhre is using the continuous loader Häggloader 10HR-B, which was designed precisely for tight spaces and which, unlike
conventional loaders, is stationary during loading. The blasted material is scraped up onto a conveyor and then discharged down onto a dumper.

“It’s a very smooth way to load,” says Rune Lien, Project Manager at BetonmastHæhre. “The alternative would be to drive to and fro with loaders, which would take much longer and cause more wear to both the road surface and the machinery. And since the Häggloader is a continuous loader, it’s easy to fill the dumpers optimally.”

The Häggloader is mainly electric-powered, with diesel required only for lengthy  tramming. This reduces climate impact and lowers noise levels, as well as reducing
ventilation costs.

“The Häggloader requires a ventilation capacity of 16–17 cubic meters a second,” says Rune Lien. “Had we used a diesel loader instead, it would have needed to be at least 40 cubic meters a second. Something like that would have required larger tunnels – and since we’re doing so much tunneling, the costs would be considerably higher. And all for nothing, because there would be no benefit in terms of what’s finally delivered.”

On certain sections in the rock there are steep gradients of up to 15 percent. A wheel loader
would find it difficult to work in such conditions – but for the Häggloader, which does not move and scrapes down the material onto the conveyor, it’s another matter. 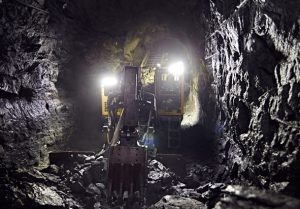 “The machine is incredibly good on a gradient, and it’s also multifunctional. I use the boom not just for loading, but also to scrape the walls and roof of the tunnel. And moving the machine sideways at the tunnel front is easy because it’s equipped with front and rear steering,” says operator Ole Jørgen Johansen, who has been working with the Häggloader for four years.

“It’s also nice not to be moving about when you’re loading. Driving a wheel loader to and  fro can be quite bumpy, but this is much gentler on the back. We’ve even been given air seats, which makes the working environment even better.”

BETONMASTHÆHRE IS TO complete the project at the end of 2019, and to date the work has gone according to plan. Combining a wheel loader – as used at the loading bays placed at 200 meter intervals in the rock – with the Häggloader has proved to be a winning concept.

“We’ve tried other solutions in previous projects, but no loader has delivered like the Häggloader,” sums up Rune Lien.