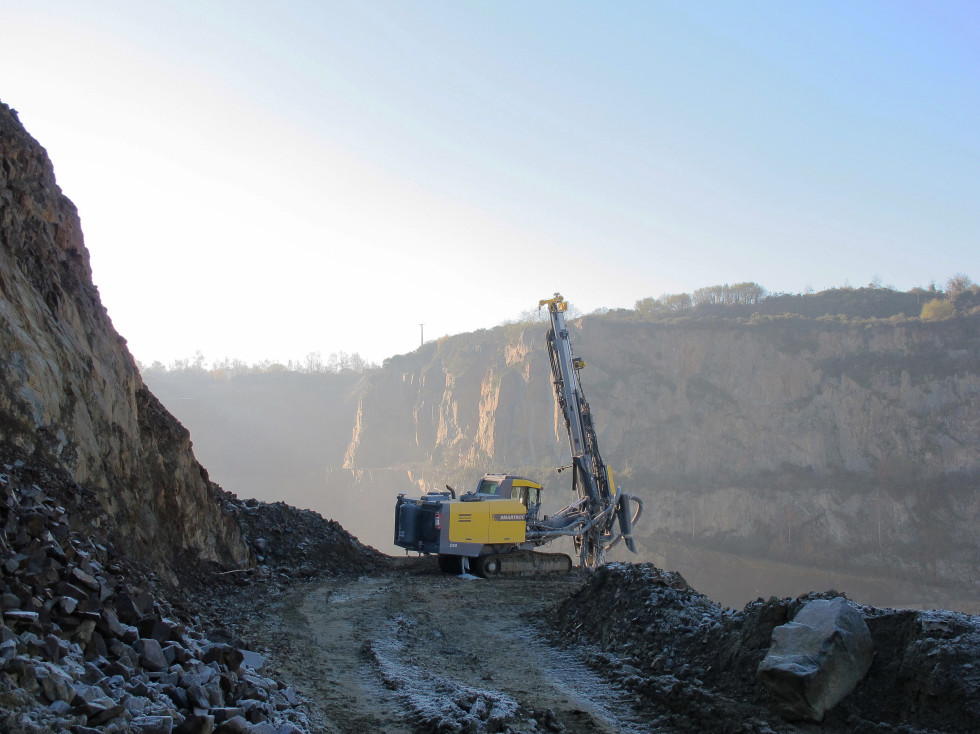 The new SmartROC C50 surface drill rig has emerged victorious from the infamous limestone quarries of France, with top marks for power, speed and fuel efficiency. The eruptive and fissured conditions in the limestone quarries of Bretagne in north-western France, are a formidable challenge for any driller. But recent tests have proved that even in such tough conditions it is possible to increase productivity as well as drastically reduce running costs.

The secret lies in the technology provided by Atlas Copco’s new SmartROC C50 drill rig. This rig was recently tested for two months at no fewer than six different sites in the area – and came out with flying colors.

The rig achieved an average of 150 m/day with a net penetration of 26 m/h, and took an average of 20 minutes to drill one hole. The average life of the Secoroc button bits was 1 000 m with regrinding intervals every 300 m (using the Secoroc HG hand-held grinding machine). Even more impressive, however, was the rig’s extremely low average fuel consumption of just 24 liters per hour – almost half that of the other rigs.

Replacing two rigs with one

“The SmartROC C50 is a very good, solid drill rig with excellent fuel consumption,” comments Legout. “Its high performance, which is largely due to its fast rod handling system and improved rock drill, means we would only need one rig in our quarries instead of two. In addition, the rig has a superior cabin with good visibility and noise insulation.”

Operator Yves Guiffes was chosen to test the newcomer and says it took him two to three weeks before he was comfortable with the technology and for the rig to start performing to the best of its ability.  After the test was concluded, Yves joked: “I’ll cry if you take it away from me now. I don’t want to go back to the old rig!”

Even better results can be expected soon with the upcoming release of a new rock drill, COP 3060CR.