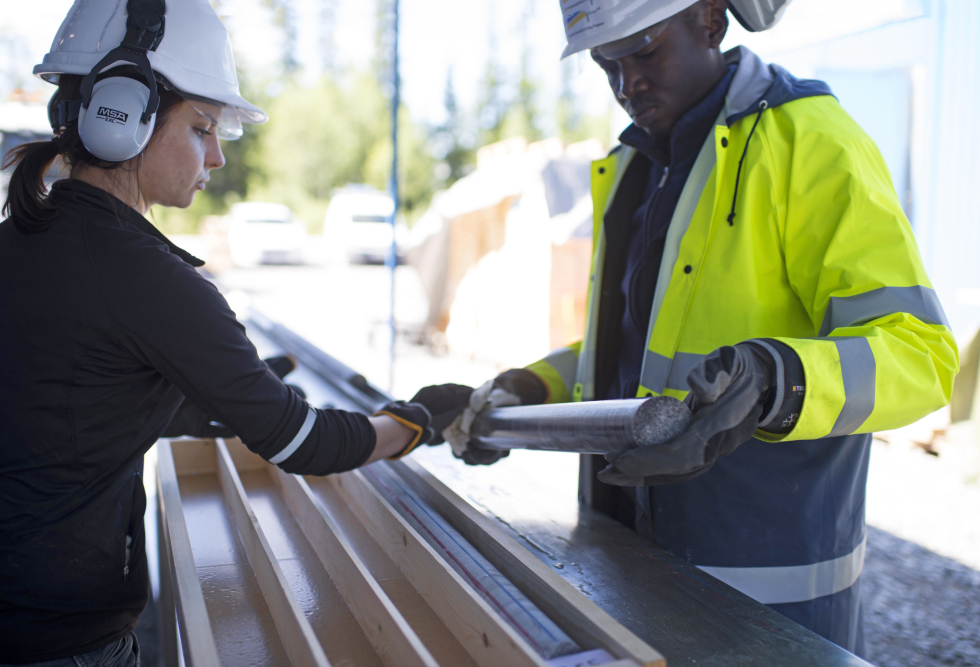 Mining
Researchers from around the world are currently studying the evolution of the planet based on information provided with the help of Atlas Copco and a 2.5 kilometer deep drill hole.

Researchers from around the world are currently studying the evolution of the planet based on information provided with the help of Atlas Copco and a 2.5 kilometer deep drill hole.

A deep hole drilling project in the mountains of northern Sweden may help to unlock some of the Earth’s best kept secrets. The project, launched by the Swedish University of Lund and involving 50 scientists from 14 countries, is expected to enhance global knowledge of the forces at work as the planet evolved over 400 million years.

The researchers have been using a specially designed Christensen CT20C core drill rig from Atlas Copco to gather information from 2 500 meters (2 495.8 m to be precise) down in the Earth’s crust.

The site was at Fröa, a small mountain community not far from the skiing resort of Åre, some 600 km north of Stockholm. Due to its geological history, this is one of the few areas in the world where research of this nature can be carried out. Using the Christensen CT20C rig, a team spent four months, from April to August this  year, collecting core samples. Working two shifts per day, six days a week, they took a total of 18 tonnes of cores, 46.7 mm in diameter, from the 75.8 mm diameter drill hole. These cores are currently being examinedby geoscientists in Berlin, Germany. The international investigation aims to establish the various processes and changes that have taken place at this depth in the rock over million of years.

Looking at life 2.5 km down

The investigation focuses on tectonics, geophysics, geothermal activity, hydrogeology and the deep biosphere. But one of the more exciting aspects being undertaken by microbiologists is to identify microbes and bacterias – in short to find out what kind of life exits 2.5 km below the surface.“This is an amazing project and there are many different areas of investigation underway that can make a significant contribution to our understanding of these processes,” says Henning Lorenz, from the university’s Department of Engineering Geology.

“For example, by measuring the temperature of various rock types we can calculate the thermal flow and then work out what the temperature on the surface of the earth was like at various periods in history. We are also measuring water flows to find out how the water from the mountain range moves out to the Baltic Sea.”

Jan-Erik Rosberg, Project Director, says the researchers chose the Christensen CT20C primarily because of its ability to enable drilling at great depth. Not only that, it can drill a hole 2.5 km deep while mounted on tracks or on a truck which has allowed the team to test and develop new drilling technologies and tools.

The Christensen CT20C, which is owned by Lund University, has been named “The National Drill Rig” by the Swedish research team. “The reason for this is that it has proven to be ideal for scientific exploratory drilling projects of this type and particularly when it comes to coring in such deep holes,” adds Atlas Copco’s Product Line Manager Eric Diaz Arguelles. “As a result, the researchers plan to use it for similar projects elsewhere in Europe.”