In April this year, Enzo Plant Hire (E.P.H.) from Gauteng Province, South Africa, took delivery of its 12th Atlas Copco MB 1700 hydraulic breaker. Enzo Chiocchi launched E.P.H. in 2003. Since then, the business has grown tremendously. Part of Chiocci’s success in hiring plant to the construction industry is specialization. Some time ago, he changed from hiring out tractors, loaders and backhoes to renting out more reliable and versatile excavators, which carry his Atlas Copco hydraulic breakers.

“If one specializes, the niche that one creates delivers superior returns,” says Chiocci. “The capital needed for my excavator/breaker combinations is rather higher, but then my customers benefit from the increased capability,” he continues. Construction contractors are generally happy using a machine in the 25-ton range, as this gives both speed and versatility. 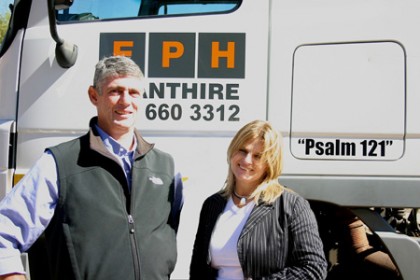