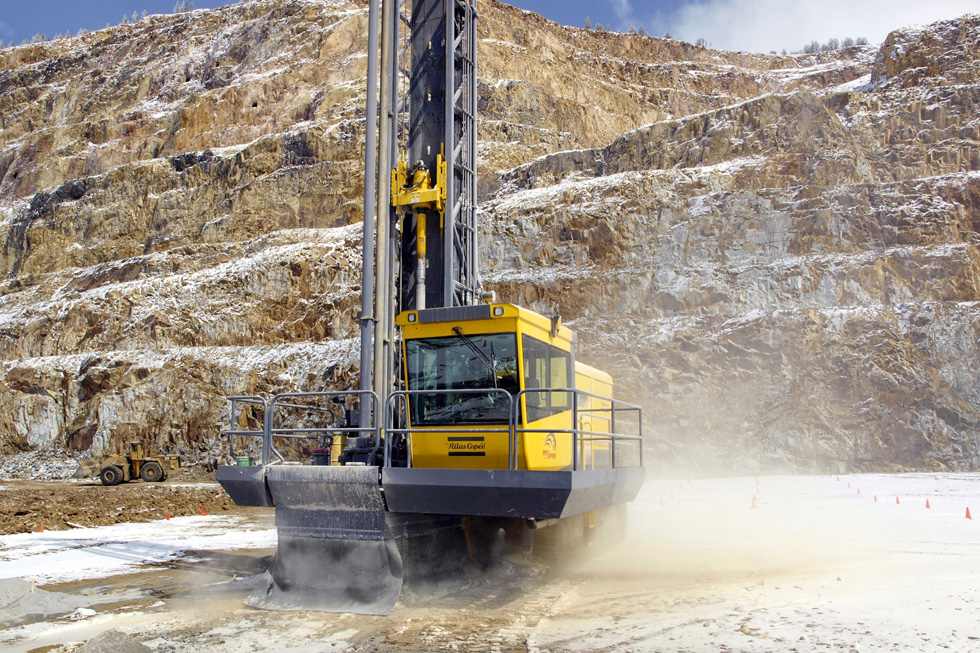 How to combat the rising cost of fuel

Atlas Copco’s clutch technology for Pit Viper blasthole drill rigs can be a big money saver at the same time as it benefits the environment.

Atlas Copco is once again taking the industry lead by introducing and implementing the patent-pending automatic clutch system on selected surface drilling machines. Although this is new to the mining market it is a time proven technology that has been used in other industries.

Through an integrated clutch control unit that activates the clutch, our engineers have developed this option to help mines save on the cost of fuel and maintenance, as well as to contribute in helping the environment by drastically reducing the amount of fuel consumed by our machines.

Typically, if you were to study a drill in a surface mine, you would find it performing one of the following tasks: drilling, propelling/tramming, leveling and rod handling. Today, both the engine and compressor run at all times for all five of these functions, although the compressor is only required for one of these tasks: to get the cuttings out of the hole during the drilling cycle.

Wouldn’t it be advantageous though to  only use the compressor during drilling and not for the other four phases? For example, turning the air compressor on and off when deemed necessary and saving horsepower drawn on the engine would be greatly beneficial. Even with the air switched off the compressor still uses approximately 30% of the rated horsepower even in standby mode. This action alone could ultimately save a mine thousands of dollars in fuel and maintenance costs – not to mention the vast impact that less fuel usage would have on the environment.

No change to rig operation

With the addition of the clutch system, it is important to note that the operation of the machine will remain the exact same; the clutch integration is minimal (which also means the clutch can easily be retrofitted to a machine already in the field) and will not require any additional inputs from the operator (See Fig 1).

Once the operator is ready to drill another hole, they set up the machine as usual and then turn the air “ON”. At this moment a signal is sent to the clutch control unit and the engine speed automatically drops to around 900 rpm and the clutch begins feathering the engagement.

Let’s look at a scenario that utilizes the exact same machine drilling both single-pass and multi-pass, with and without a clutch. If two machines are compared, one with the clutch system and one without,

working in the exact same rock formation, it is easy to visualize the immediate fuel savings from one single drilled hole.

Extending out the fuel savings of one hole over a mine’s yearly production can greatly assist in reducing the bottom line.

The reason for this lies in the fact that in order to drill hard rock, the machine typically spends more time drilling the rock compared to handling the drill pipe, ultimately consuming more horsepower and fuel than a machine used purely for rotary drilling.

Regardless of whether a mine is multi-pass drilling or single-pass drilling in a soft or hard rock formation, the reality is that there is potential for sizeable cost savings. In fact, with some preliminary studies of this option we have seen fuel savings of up to 30%.

Here are some of the added benefits of the clutch option. Combined with Atlas Copco’s large capacity fuel and water tanks, the clutch  system can greatly increase production time while reducing the amount of time that fuel and water trucks spend making trips down to the machine at the bottom of the pit. For example, a mine can maximize the fuel capacity on a PV-275 up to 2 365 liters (625 gallons), and still have a 3 100 liter (822 gallon) water tank. The combination of the large fuel and water tanks would allow the machine to run for over 24 hours of operation without the fuel truck needing to make a visit, as well as provide the machine with over 24 hours of water.

As an ISO 14001 certified company, Atlas Copco continually strives to ensure that the highest environmental standards are adhered to during the design, assembly, and utilization of our machines. This additional and welcomed option is just one item in
a large portfolio of options that we offer on our machines, all catered toward designing and manufacturing environ-mentally conscious equipment.

The clutch system not only contributes to reducing a mine’s operating budget, but more importantly we are able to support the mine through a wide range of safety and environmental options. Our ability to do this ultimately helps our customers to pursue their goal of responsible mining which benefits not only the environment but their personnel as well.

Three benefits of the clutch option

The clutch omits the parasitic load of the compressor on the engine during start-up, specifically in cold weather environments. This ultimately increases engine and compressor life over the life of the machine.

The advantage of getting the job done with less fuel is an added benefit in itself, not just for the mine but for the environment as well.