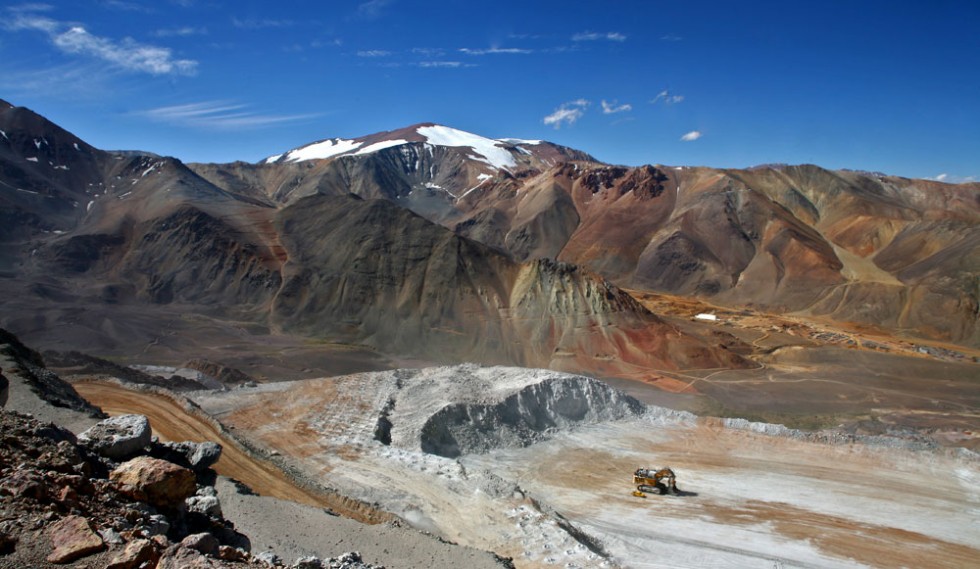 Experience has shown that high elevations have adverse effects on people  and machinery and that this can start as low as 5 000 feet. Today, several mines are operating at altitudes exceeding 16 400 feet where the working conditions can be extremely demanding.

The primary problem with altitude is the decreased mass density of air (Fig 1). To understand this concept, we must first look at the composition of air. Air molecules consist of nitrogen (78%), oxygen (21%) and other gases (1%), and have a given molecular weight. As gravity pulls the air towards the ground, these molecules are subject to the additional weight of all the molecules above. This additional weight means the air pressure is highest at sea level, and diminishes with increases in elevation.The reduced mass density of air poses two problems. First, the air molecule­s and their density are what carry the drill cuttings out of the hole. If there are fewer molecules per cubic foot of air, there is less carrying capacity. Second, while the oxygen content is the same (21%) at sea level and high elevations, there are fewer molecules and therefore less oxygen availabl­e for humans or engines. Fig 1. The primary problem with altitude is the decreased mass density of air.

Air, like most substances, expands when heated and contracts when it cools. The molecules move further apart with an increase in heat, and thus reduce the density of the air. The majority of heat carried by air molecules is via conduction from the earth, which is heated throughout the day by the sun. Air temperature becomes colder at a fairly uniform rate, approximately 3.5°F (1.9°C) per 1 000 ft), as it moves further from the heat source. Therefore, high altitude creates a situation where cold weather provisions are needed for proper operation of the drill.

At sea level, an air compressor will compress a certain volume of air at atmospheric pressure to a higher pressure, yet lower volume. It is often misstated that compressors produce less cfm at high altitude. As an example, let’s start with a 1 900 cfm compressor, rotary drilling at sea level. The compressor rating is the intake cfm, meaning it can pull 1 900 cubic feet of air into the compressor every minute.

To compensate for the lower density, correction factors are used to calculate the effective, not actual, intake cfm required to produce the same performance as at sea level. In this case, the reduced air pressure effectively cuts the compressor to an equivalent intake capacity of 1 106 cfm (assuming the same temperature as at sea level). Taking into account the lower temperature and corresponding increase in density, the intake capacity would move up to 1 221 cfm at 7°F (–14°C).

The preferred option is a larger compressor, as using larger rods cuts the clearance between the wall of the hole and the rod to such a small gap that larger cuttings must be reground to a smaller size before exiting the hole, thus accelerating bit wear. Going to a smaller diameter bit will improve uphole velocity as well, though this is not always feasible given the blasting requirements.

Diesel engines face considerable difficulty at high altitude as they rely on the oxygen in the air for proper combustion. Engines have varying altitude limits and power de-rate curves. Manufacturers are able to maintain full power to the altitude rating by changing the engine timing, turbocharger configuration and compression ratios. Above this altitude rating horsepower begins to decrease.

For best results, it is preferable to go with a larger displacement engine with a higher output to offset the reduction in power due to altitude. However, it is not always possible to provide larger engines as the drills are designed to handle a particular size engine from the beginning and space is not available.

Another alternative is electric power. Electric motors do not rely on combustion for power and are not subject to power loss due to lack of oxygen. The only impact on motors is the decreased cooling capacity at altitude.

The decision to go with electric power has to take other factors into consideration  such as how electricity is generated and the demand for mobility of the rig. In such a case, a diesel powered rig can still be the best alternative if it can be configured to meet the required performance. Electric power may offer higher capacity but this might be offset by the mobility and higher utilization of a diesel powered rig.

Aside from the engine, compressor and cooling systems, there is little impact on the drill simply from the altitude. The biggest impact is on the operators and technicians working on the drills. The human body compensates for the decreased amount of oxygen with higher respiratory and heart rates along with a gradual increase in red blood cells that carry oxygen (known as acclimatization).

Mining companies are very careful when it comes to ensuring the safety of their employees and contractors. Examination by medical experts is required before allowing work in these tough conditions, and full onsite medical services are available to deal with problems. Ultimately, autonomous drilling will play a significant role as mining companies push to higher elevations. Brian Fox is Vice President Marketing at Atlas Copco Drilling Solutions. He is a member of the team behind the development of the Pit Viper drill rig series in Garland, Texas.