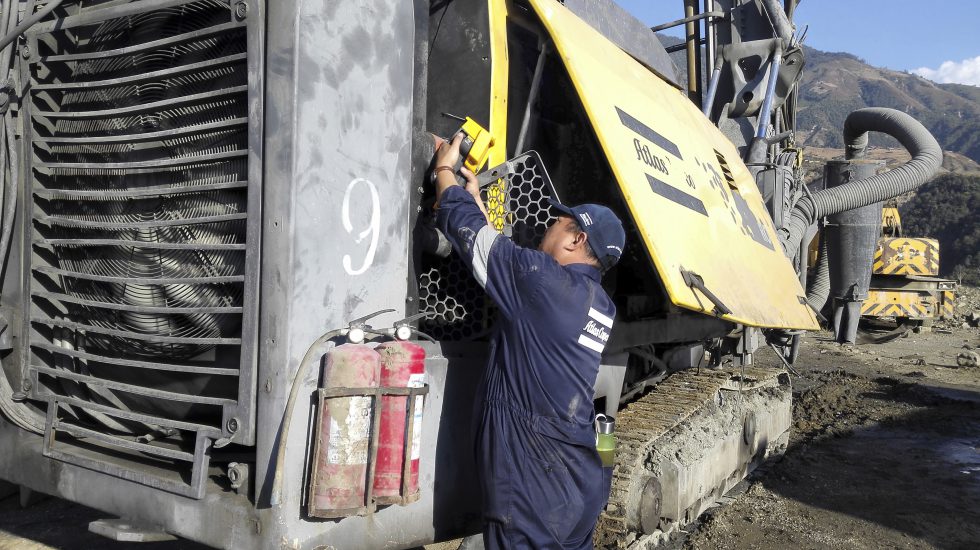 Surface Mining
The audit was carried out on a fleet of seven surface drill rigs leading to a major overhaul by the Atlas Copco service team in Nanjing.

The rise and rise of rigscan

Among the most recent rig owners to embrace rigscan auditing is the Long Mang Ming Co. – the first company in China to use the service.

When the company contacted Atlas Copco, two of the rigs were out of action and the remaining five, although still in use, were not performing to the best of their ability.

As a result, the company decided to put the entire fleet through a RigScan audit, prior to overhaul and repair work.

The most senior service technicians from Atlas Copco’s Customer Center in Nanjing were assigned to perform the audit, supported by the local Atlas Copco distributor.

The audit was carried out between 24 November and 3 December, 2015. This was followed by a meeting with the owners’ representatives where the results contained in the final RigScan audit report, generated through the audit, were closely examined.

Long Mang Ming was impressed, particularly by the ability of the RigScan scanning device to inspect hydraulic components and the temperature of moving parts using a thermal imaging camera.

The reports clearly identified the causes of various failures and provided the equipment management team with recommended solutions.

As a result, the necessary spare parts could be ordered and the Atlas Copco service team in Nanjing was commissioned to perform a complete and cost-efficient overhaul of the fleet.