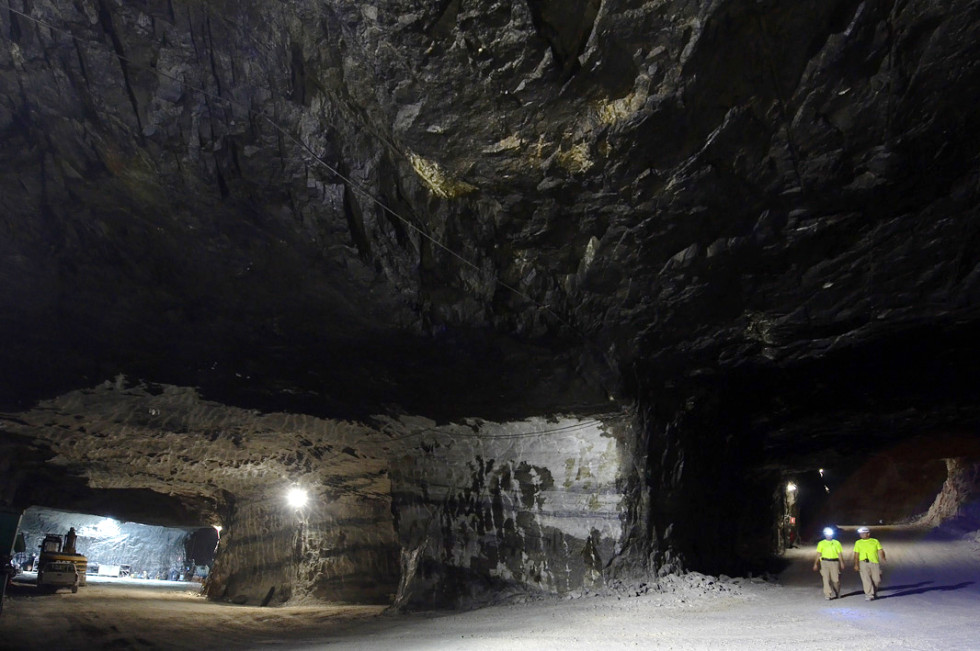 Atlas Copco’s Swellex Spartan rock bolt is proving its worth worldwide for superior strength and reliability. Pull test results recently obtained at the Xauxa marble mine in Spain are a good example. The Xauxa mine, situated in the Montseny mountains north of Barcelona, is in a new phase of development and needed a safe and reliable rock support solution for certain unstable mining areas.

Marble was earlier extracted from an open pit here but now the mine is an  underground room and pillar operation and it is estimated that there will soon be layers affected by faults, blocks or breakages.

“For this reason we wanted to reinforce the walls and roofs of the galleries in areas where the security is not totally guaranteed,” says Lluis García Muñoz, Technical Director, for the owner, Aymar S.A.U. “Previously there was no need for reinforcement as the rooms were very stable. In selecting which bolts to use, viabilit­y and reliability were given top priority, which is why the mine chose the Spartan SP24, in lengths of 3, 4 and 6 m.

Compared to other bolts in the Swellex range, Spartan bolts are designed for environments where the rock mass transfers very little energy into the bolt. In this case, pull tests were conducted in a wall, with and without face plates, and the bolt achieved a minimum elongation of 6%, confirming its suitability and efficiency.

Chris  Cranford, Product Line Manager, Rock Reinforcement, says: “This is a case where the Swellex Spartan bolt truly shines, offering a very economical solution to challenging  conditions with no compromise in  performance or quality.”