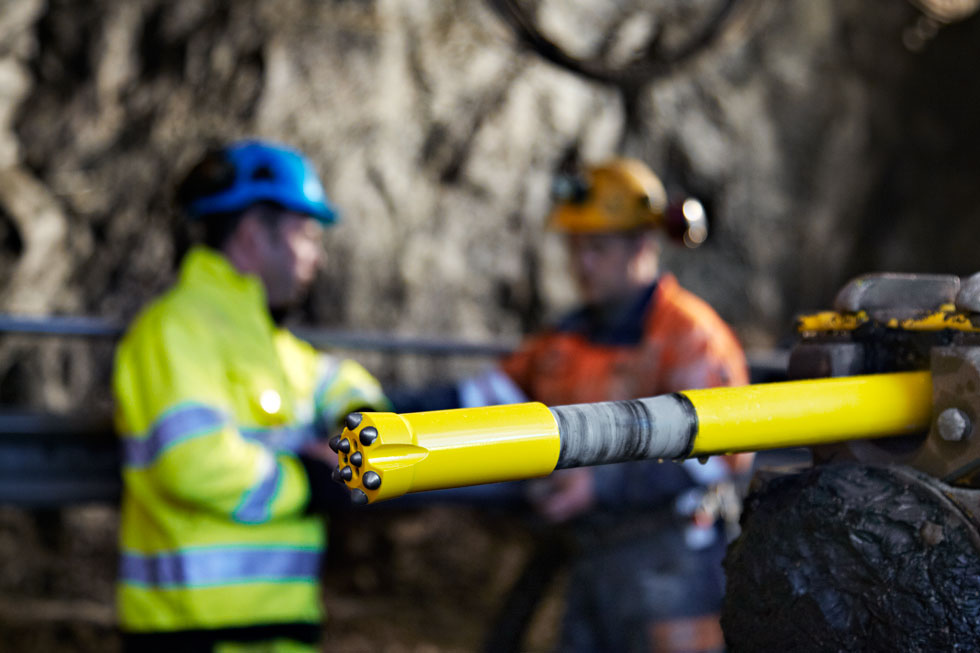 Stockholm, the Swedish capital, is expanding at the rate of 20 000 people a year and the new City Line subway now under construction will play a key role in providing better public transport.

Among the many contractors working on the project is Oden Anläggningsentreprenad, a subsidiary of Strabag, which scored a major victory during driving new tunnels from the city’s Central Station to a subway station about 2 km further north.

Excessive water leakage in the tunnels had put the drillers six months behind schedule so Oden decided to double its drill rig fleet – from one, three-boom Boomer XE3 C drill rig to two – and enlisted Atlas Copco Secoroc to supply all of the rock drilling tools.

The contract stipulated that Oden would log the number of meters drilled while Atlas Copco would ensure a steady supply of rods, shank adapters and bits.

The Magnum SR35 6.1m (20ft) rods were combined with TC42 shank adapters, together with a crossover coupling (TC42-T38) and SR35 48 mm bits with semi ballistic buttons. And wherever injectio­n drilling was needed, Secoroc supplied TC42 rods with 64 mm drill bits.

With two rigs in action 16 hours a day, readily available drilling tools was imperative. Atlas Copco also installed a stock supply together with a Grind Matic BQ2 grinder to keep the bits sharpened, and put a service technician on site.

This strategic combination enabled Oden to cut blast hole drilling time by as much as 50 percent and put the company back on track to continue tunneling its way to its destination – the subway station appropriately named “Odenplan”.

Jiri Englén, Oden’s Site Manager, says: “We’re delighted with Atlas Copco’s support. Without them we would never have got back on target with the tunneling. Our drillers are happy and by the summer of 2012 we expect to have blasted our way to Odenplan.”