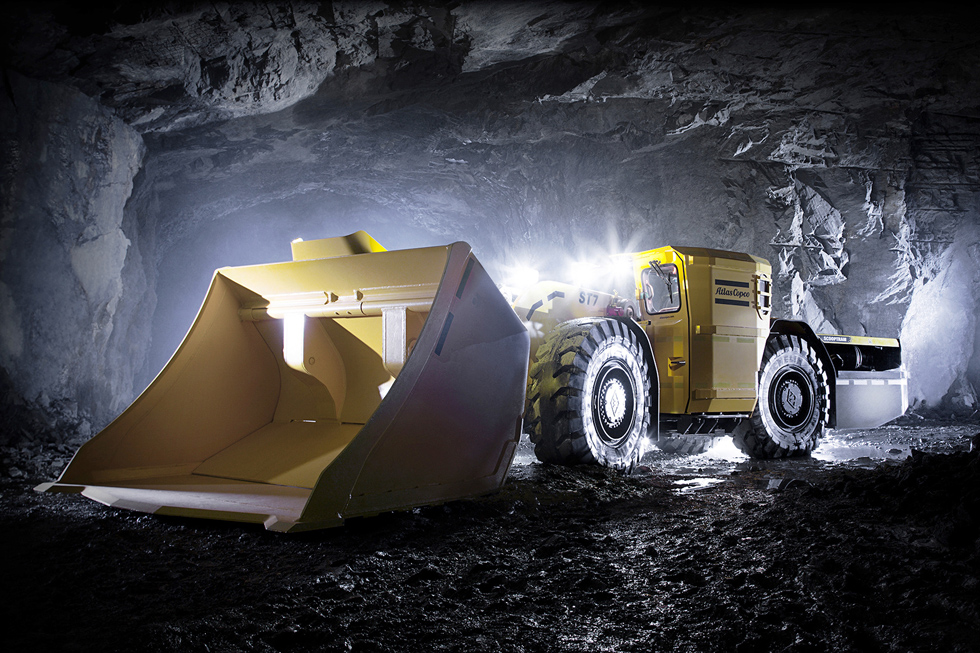 Kazakhstan Atlas Copco’s bestselling LHD, the Scooptram ST7, has been delivered to its 100th customer. Owner of the milestone loader is mining group Vostok– Metall TransLLP which has put the unit to work at Kazzinc’s Ridder-Sokolny gold mine in Kazakhstan.

The sale clearly confirms a global appreciation for this new generation LHD for loading technology and design.

The success story began immediately after the product was launched in 2010 when the first owner, Lovisa Mine of Sweden, gave it top marks  and reported dramatic improvements in operations as well as the underground environment.

A stream of praise followed, most recently from the German industrial minerals group, Geomin Erzgebirgische Kalkwerke. Geomin is the first to introduce the Scooptram ST7 in Germany and has one unit in operation at its white marble mine in Hermsdorf, near the Czech border, and another at its fluorspar operation in the same region.

Among the many top-notch features of the Scooptram ST7 are spring-applied, hydraulically released (SAHR) brakes, automatic brake testing with diagnostics and logging, an oil-free cabin environment and outstanding traction. But perhaps the most significant plus point is fuel efficiency – just 10 liters per hour with its water-cooled Cummins Tier 3/Stage III engine.

Scooptram ST7 has a 6.8 tonne tramming capacity, articulated steering and oscillating rear axle, a tramming height of 2 160 mm and a width of 2 280 mm.