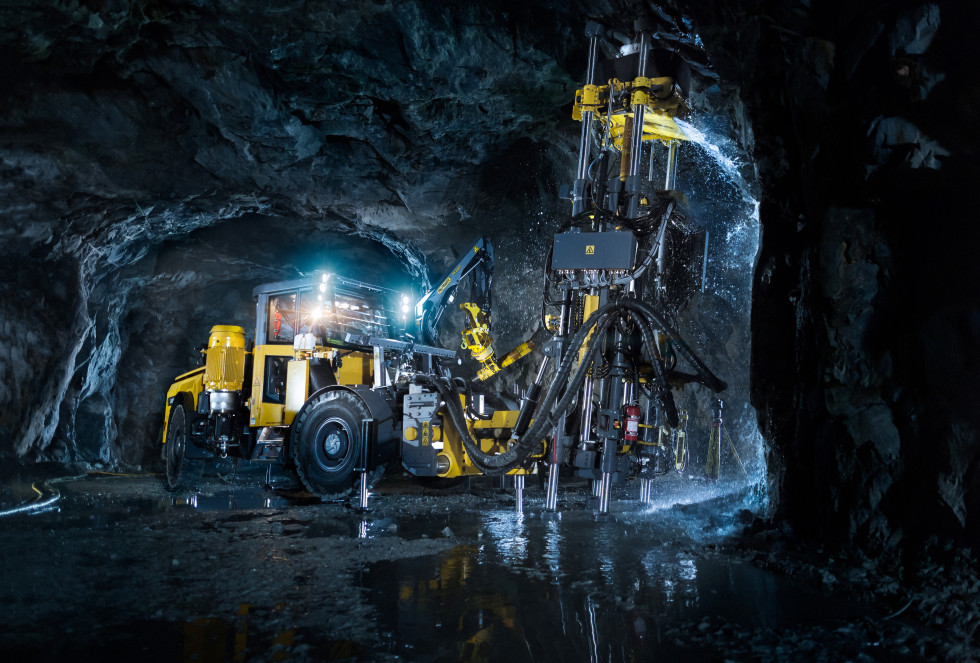 Large scale mining is a growing trend featuring variations of both caving and stoping methods. Using these methods, the first blast is always the trickiest and the technique used has to be well matched to local conditions.

In the caving method, the first blast is always a blind, upward raise, while  in  stoping methods both upwards and downwards drilling are commonly used.

Raises produced by drilling parallel holes, and large holes produced by raiseboring, are the two most common ways of creating  openings. Both techniques use drill and blast, but in different ways, and both take a disproportionate amount of time and can often give less than satisfactory results.

Now there’s a better and faster solution when it comes to the raiseboring technique with the introduction of Easer – a highly versatile and mobile raiseborer, specifically designed for producing small-to-medium sized openings.

The Easer rig bores opening holes of 750 mm in diameter and up to 60 m in length, using standard 203 mm (8-in) pipe and a 228 mm (9-in) pilot drill bit. Apart from electricity and water connections, no other site preparation is necessary and all equipment, except for the drill rods, are part of the carrier. In addition, and perhaps most importantly, the Easer is wheel-bound, making it exceptionally easy to move to wherever it is needed in the mine.

The machine drills both upwards and downwards (other raiseborers are designed to do either one or the other) so that it can perform downreaming and conventional raiseboring as well as boxhole boring.

In the standard raiseboring mode, the Easer can bore raises up to 1 200 mm in diameter. To switch from boxhole boring (upward) to downreaming (downward), the machine’s gearbox is rotated 180 degrees, a simple operation which can be carried out in the underground workshop.

During tests in Sweden, Easer proved that it can significantly reduce the working cycle  for opening holes, compared to conventional raiseborers, mainly due to the rapid setup and takedown time.