one of the most famous battles of the Napoleonic wars. Today, another battle is taking place there – and this time the weapon of choice is a drill rig. The battle of Austerlitz in 1805 went down in history as

One of the companies operating in the south-west of the Czech Republic is Heidelberg Cement. The company has established its regional headquarters at a large quarry close to the city of Brno and the site of the battle that gave Napoleon one of his most famous victories.

Heidelberg is a large producer of aggregate, sand and roadstone and in 2007 excavated some 7.5 million tonnes of rock. The quarrying division has 20 quarries as well as 14 sandpits and produces cement and concrete under separate management.

With productivity as the key to profitability, the drill rig fleet needs to be both mobile and reliable. The fleet includes an Atlas Copco ROC F9CR and a SmartRig ROC F9C. The ROC F9CR has a standard service agreement while the SmartRig has a ROC Care service agreement. 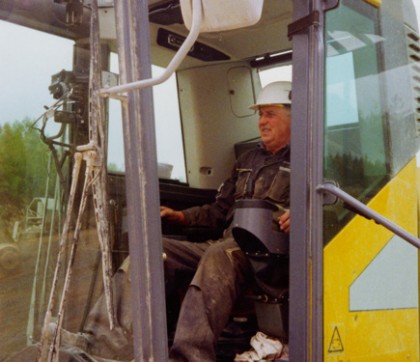