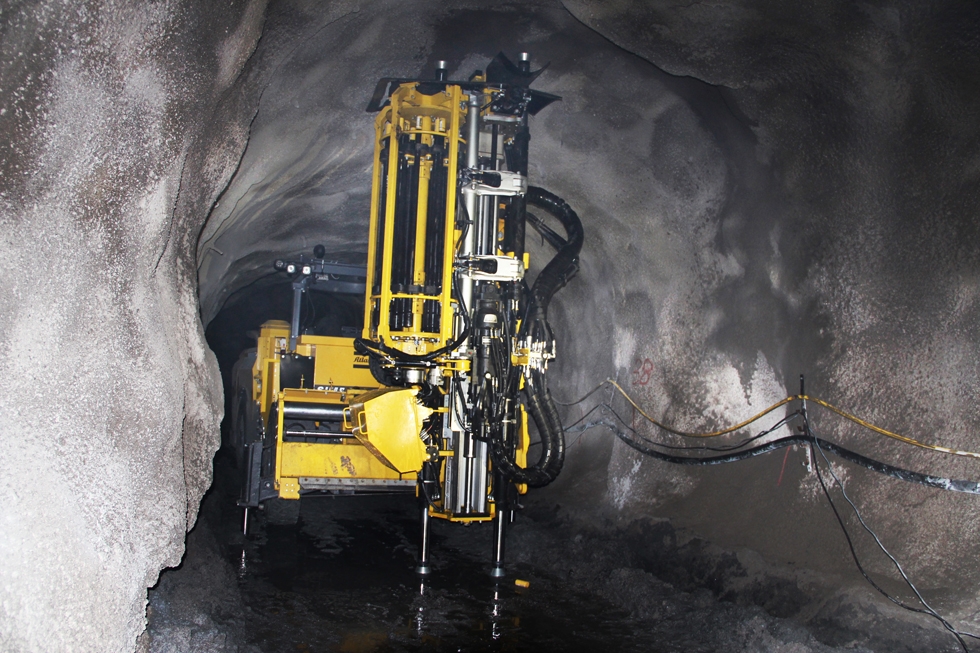 Efficiency as strong as iron

The Shougang Mining Company, one of the largest iron ore producers in China, started up its first underground operation in July, 2012. Today, the Xingshan mine is meeting strict demands for production drilling efficiency.

Located in central China, about 30 km north of the Yangtze river, the Xingshan mine relies on a substantial fleet of Atlas Copco equipment for its sublevel caving needs. This includes Simba and Boomer production drilling rigs as well as a Boltec rock bolter. But it was the introduction of the Simba M4 C long hole drilling rig that has pushed the efficiency of the operation to record heights.

This rig went into production at the end of January this year and by mid-July M&C learned that it had exceeded all expectations. After 1 095 hours of operation, the mine management says the rig had completed 41 500 m in medium long and deep holes, and that 97% of these conformed to its high quality standards.

With a utilization rate of 64.5%, each rig achieves an average of 7 300 m per month. The average penetration rate was 15 – 21 m/h, which is faster compared to other drill rigs used in the same area, and this produced an additional 500 m per month. Moreover, the best performance in a single day was 465 m at a rate of 54 m/h and with a percussion time of 8.6 h.

The control system of the Simba M4 C rig enables all functions to be managed and
adjusted individually, depending on the prevailing conditions. This means that the
operator only has to start the machine and use a lever to perform positioning and drilling. Everything else is automatic. In addition, the rig’s display screen enables the operator to monitor the entire process – from drilling efficiency and drilling angles to rig pressure, drilling speed and actual drilling depth. If any interruption or interference occurs, an integrated detection and fault finding system displays the location of the fault on the screen.

Discussing these benefits with M&C, Song Xudong, Associate Mine Manager for Xingshan, says: “The Simba M4 C rig’s automatic drilling function significantly reduces manual time and improves our drilling efficiency. The machine is also equipped with the COP 1838HF rock drill and after running it for 1 100 hours it was still in very good condition.”

The Xingshan operation produces iron ore at the rate of  3.2 Mt per year from an orebody that has a short strike length and a steep dip. Furthermore, to secure three different grades of ore, the mine decided that it needed to increase efficiency by improving  the mechanization and automation of its equipment. In this respect, the Simba M4 C proved to be a star performer as its high precision makes it easier to separate and extract the different grades.

Reviewing the rig’s performance, Xudong explains that the introduction of the Simba M4 C has brought several key advantages to the Xingshan operation. “First of all, it provides ease of operation. After setting some parameters, a row of medium depth and deep holes can be completed automatically and this reduces the burden on operators in opening the hole as well drilling,” he says. “Secondly, the automated functions, such as the automatic rod handling system, help to avoid human error and improve safety. “The automatic set up gives us higher drilling accuracy – the precision of the angle of the medium and deep holes is 0.01 degrees and in hole positioning it is within 0.1 m.

“It will also be possible to achieve remote wireless operation at a later stage, enabling one man to operate several rigs. Self diagnosis of any electrical faults can also be achieved and these faults can be directly located.”

To enable the mine to take quick advantage of these capabilities, Atlas Copco set up a 12-member training team to provide the Xingshan operators with a 12-day, intensive training course, something which Xudong sees as another major advantage.

“The introduction of new equipment and technology gives us a rich experience of  modern machinery,” he concludes. “This also accelerates our speed in developing not only a world class mine for China but a mine that is a leader internationally.”