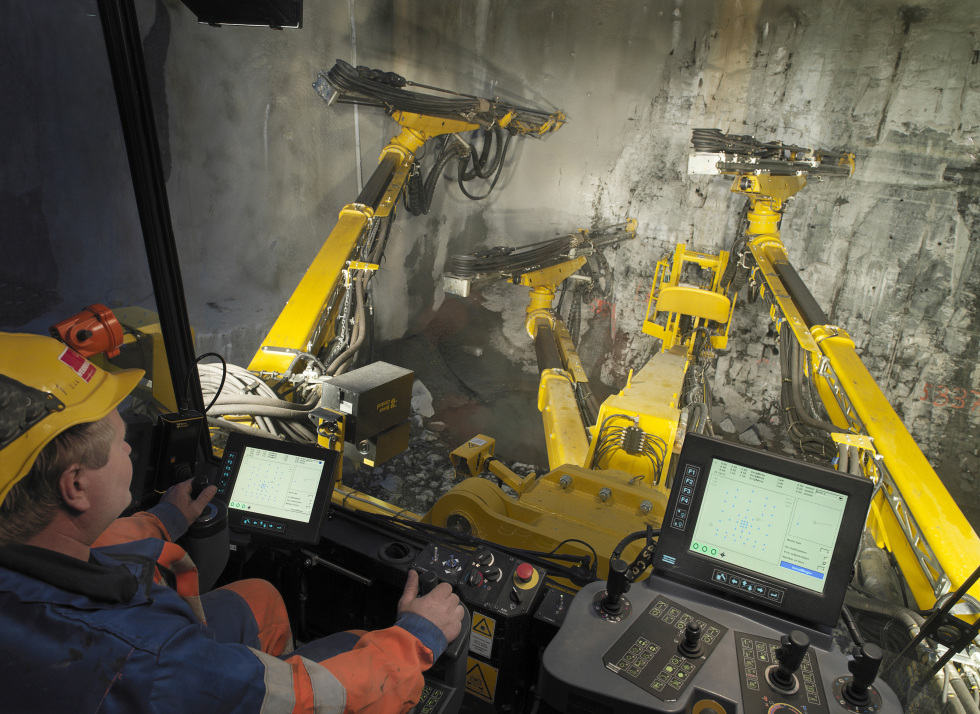 Underground Mining
With Underground Manager easy access to information helps tunneling and mining engineers to produce a tunnel or a drift that matches the planner’s original design.

Underground Manager a great tool for the digital age

Easy access to information is a prerequisite for tunneling and mining engineers to help them produce a tunnel or a drift that matches the planner’s original design. With Underground Manager from Atlas Copco, all of this information is now readily available.

In the world of underground construction, where speed, accuracy and safety are paramount, the need for fast, practical and professional data management has never been greater. When it comes to tunneling, huge amounts of information has to be collected, analyzed, shared and stored. This is especially true of today’s increasingly complex urban tunneling projects that require more drill plans, more control and more adaptation due to an abundance of subsurface installations. In mine development, it is a similar scenario. Many complex networks of drifts and cross passages are being constructed or planned through difficult formations in order to access new, deeper orebodies. Fortunately, technology has kept pace with the demand for data and there are now several data management systems on the market which, in one way or another, make
information management less of a burden. Among these, one system tends to stand
out – Atlas Copco’s Underground Manager.

This tool was originally introduced under the name Tunnel Manager and was designed to support civil tunnelers using our Boomer face drilling rigs. A similar tool, called Ore Manager, had also been introduced for our production drill rigs used in the mining
industry. These two tools have now been combined into one system for all Atlas Copco underground equipment and is arguably the most comprehensive system of its kind.
Underground Manager brings together the planning and administration of drilling and blasting into one simple tool. Its primary function is to generate drill plans that enable
the rig operator to position drill holes correctly, create log files showing where the drill holes have been placed and provide information for navigating and positioning. It does this by enabling drill plans created in the mine or site office to be seamlessly transferred to the drill rigs, either on a USB memory stick or via local area networks. In addition, thanks to the RCS control system installed on all of our computerized equipment, the system is fully integrated with a broad range of useful functions such as Tunnel Profiler and Measure While Drilling (MWD). This means that UM will capture all of the log files, including the scans produced by Tunnel Profiler, and reproduce them as reports. It is important to note here that although UM represents state-of-the-art technology, it can be used with older generation drill rigs as well the latest equipment and is being continually
improved and refined.

The latest version of UM includes three major upgrades, all of which will have a big impact on the user. The first, and perhaps the most important, is that the system is now able to directly import digital informationfrom the CAD systems normally used by our customers for generating project drawings, provided they are compatible with the IREDES format (International Rock Excavation Data Exchange Standard). This is a big step forward as it means that the 3D modeling functions used by these systems can be perfectly replicated
in the drill rig, showing the exact position of the rig and the interpolated contours of the tunnel faces. Previously, if a drill plan was created for a section of a tunnel that gradually widened, and no contours existed for that position, the interpolation of these contours had to be done manually. Today, both the planned contour at the bottom end of the round to be blasted, as well as the contour of the face, can be clearly identified by the mine planner using UM. As a result, drill plans can be created with the correct length, lookout angle, type and diameter. Using 3D modeling in this way is a considerable time-saver and also greatly reduces the risk of error. In addition, the 3D renderings generated by UM are useful for coordinating with all key personnel involved in the project.

The second upgrade allows the full integration and administration of charging and firing plans. This enables drill plans to be generated showing how the hole is to be charged and exactly when it will be fired. In addition, any changes that are made are automatically updated and synchronized with all other information in the system. This is also a great advantage. By selecting designated sections and using the UM’s drawing tool, various firing scenarios can be tried and tested with blasthole sections given individual delay times, according to a chosen sequence. This ensures that the right firing sequence is employed.

Lastly, we have equipped the system with a completely new interface that is more user-friendly and more intuitive, with better graphics and improved logging and reporting functions. And thanks to the latest RCS 5 rig control system, many new functions have also been added. Not only is it easier to select options and interpret the data, the system is now available in 16 languages, which broadens accessibility, resulting in greater productivity and safety. All this and more, makes Underground Manager an indispensible tool for underground construction and mine development for many years to come.