“This hammer is the best one we’ve used,” said Daniel Carlsson, owner and CEO, Säffle Brunnsborrning. “It saves us time and money thanks to its efficiency. Normally, we dedicate one day per job, and diesel is often a bigger cost than the driller’s salary. But it’s not just about the low fuel consumption. I would also say that the quality of our end product has improved.”

SÄFFLE BRUNNSBORRNING has six employees and operates mainly in Värmland County, located in western Sweden on the border with Norway. The company used the COP W4 during a test year and provided feedback to Atlas Copco.
“I think that Atlas Copco hit the nail on the head with this one. The durability is fantastic and since the hammer is also easy to operate and service, we are more than satisfied,” said Daniel Carlsson.

THE NEW DTH HAMMER had a limited release on the Scandinavian market in 2016 after 250 000 test meters had been drilled. It is already a proven success; compared to competing hammers, productivity is up to 10 percent better, energy consumption is up to 20 percent lower and the service life is up to 10 percent longer.

“The Secoroc COP W4 has a whole new design. The piston is smaller and lighter, and since the hammer weighs only 36.5 kilos it can easily be handled by one man. The
hammer can also be rebuilt without loss of productivity, thanks to improved materials in internal components and casing. This means that our customer can basically get a new hammer at half the cost by using economy kit,” said Pavel Vedeneev, Product Line Manager DTH.

DURING THE SECOND quarter of 2017, the COP W4 was released globally.
“We will now focus on developing DTH hammers of different sizes, so that we can offer a full range of hammers,” said Pavel Vedeneev 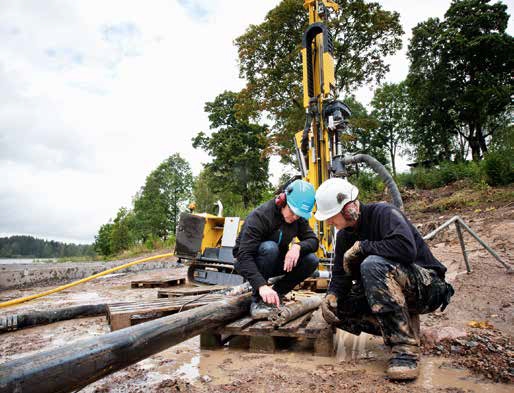 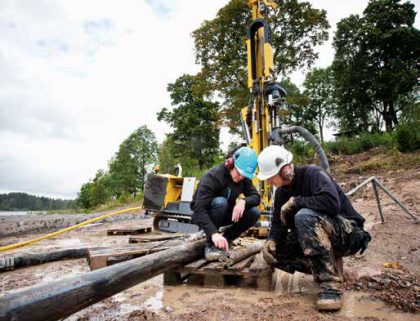