Ahead of the pack

THE ENVIRONMENT at the Yara Siilinjärvi mine is a challenge for both humans and machines. Here, in central Finland, winters are cold and summers are wet. To keep producing at required pace at the biggest apatite mine in Europe, personnel with a certain mindset are needed – as well as durable equipment. The site consists of a mixture of hard and soft rock formations, which makes the task even more difficult. For these reasons, the place is a perfect setting for testing.

“The challenges in Siilinjärvi are the freezing temperatures in the winter and humid summers with damp stone. This poses challenges to making holes,” says drill rig operator Henry Posio.

Posio is one of the operators at E. Hartikainen Oy who has been working extensively during 2016 with Atlas Copco’s new SmartROC CL, the successor to the FlexiROC C65. “My impression of the machine is good,” he says. “It’s easy to use, all the controls have been remodelled and it was easy to familiarize myself with everything.”

THE SIILINJÄRVI MINE is owned by fertilizer producer Yara. E. Hartikainen Oy has been operating at the site for a long time, since 1979, and has a long history of using Atlas Copco equipment. The SmartROC CL comes with new and improved COPROD technology. 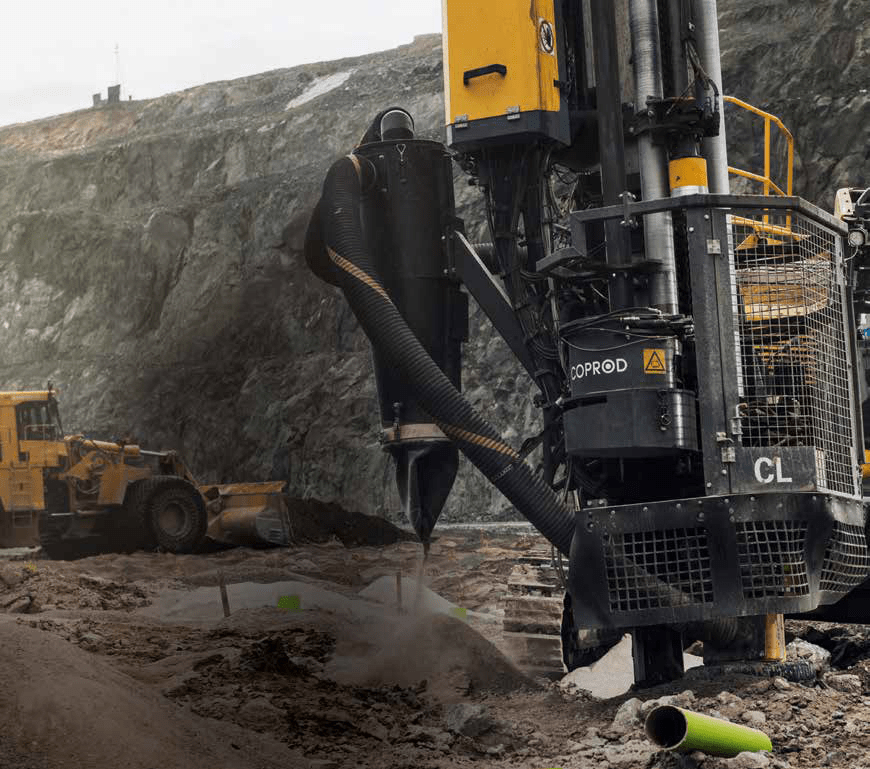 The new SmartROC CL drill rig is a step ahead when it comes to automation, safety and power. To ensure this, the machine was tested under the harshest conditions in Finland.

“We got our first COPROD in 2004. The oldest one still in use dates from 2006,” says site manager Juhani Tiikkaja. “Last year Atlas Copco offered us the chance to test the new rig during a trial period. We discussed it and decided that it would be nice.” 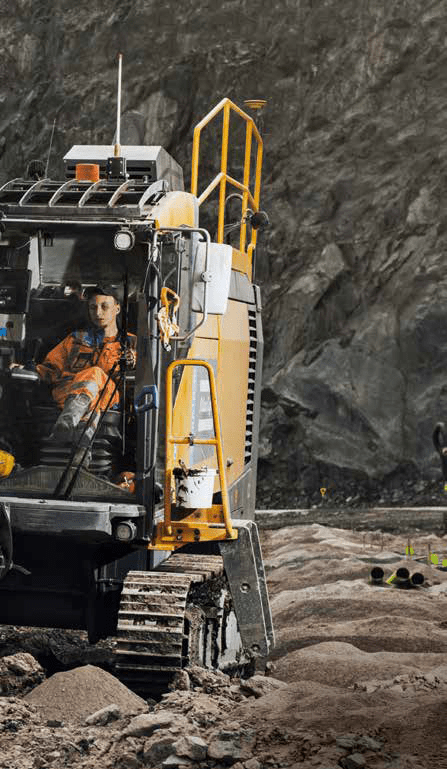 The SmartROC CL was heavily used in two shifts in production. It was then sent back to Sweden, with some feedback from the Finnish crew, for fine-tuning and software updates, after which E. Hartikainen Oy purchased the machine.

THE IDEA BEHIND developing the SmartROC CL was to create a rig that could lower the cost for the total drilling operation. Atlas Copco also wanted it to be flexible and able to drill both small and large holes. The tests seem to confirm the theories.

“The fuel consumption is significantly lower than that of the FlexiROC C65. We are also expecting longer life for the drilling tools,” says Juhani Tiikkaja. “The rock types here at the Siilinjärvi mine are very different. For this particular environment, the SmartROC CL is the most costefficient for us. The new rig will also improve the work environment of the operators. The cabin is quiet and ergonomically designed, and the controls have been revamped.”

“The cabin is very pleasant to work in. New features include stepless adjustment of the compressor, dust collector and water mist. There is no need to go outside to adjust the air pressures. All this is a great step forward for us drill rig operators.”

Henry Posio has more than ten years of experience with COPROD equipment and he appreciates that Atlas Copco is continuing to develop it, not least from a safety perspective. Thanks to the new technology there will be less human error as the automation takes care of drilling and dismantling.

“WE HAVE USED COPROD in all the Atlas Copco models. It’s an advantage that you get straight holes, it is very user-friendly, it is easy to dismantle from the hole, and it’s durable,” says Henry Posio.

Juhani Tiikkaja sums up all the new features which made up this machine in a typically understated Finnish manner:

“The SmartROC CL is better than the Flexi- ROC C65. The operators are satisfied. But then, it’s a new machine, so we didn’t expect anything less from Atlas Copco.”

Lower fuel consumption The new SmartROC CL consumes 50 percent less fuel than the DTH and 30 percent less than its predecessor, the FlexiROC C65. This means a low total cost of ownership.

Precise and accurate drilling The Auto Drill Cycle and Hole Navigation System make it easy for the operator to control proceedings from inside the cabin, with little reason to step outside.

BenchREMOTE technology The machine can be safely operated from up to 100 meters. One operator can control three rigs at the same time, taking productivity to a new level.

ONE OF FINLAND´S major contractors in the mining industry, with a fleet of more than 200 units. Mainly focused on mining services, mining operations and infrastructure construction for mine sites. Important mining operations include the Yara Siilinjärvi mine, Terrafame nickel mine, Boliden Kevitsa mine and Mondo Minerals talc mines.

The SmartROC CL is equipped with the COP 5060CR rock drill. At 50 kW it is the most powerful rock drill on the market. Improved air flow means it also requires low air pressure (14 bar).

High penetration rate The SmartROC CL is equipped with the COP 5060CR rock drill. At 50 kW it is the most powerful rock drill on the market. Improved air flow means it also requires low air pressure (14 bar).

The new SmartROC CL is an extremely efficient surface drill rig. Equipped with the COPROD* system and the most powerful rock drill available, it will drill large or small holes under any conditions; safely, quickly and reliably.

OWNED BY NORWEGIAN fertilizer producer Yara, located just north of the town of Kuopio, in North Savolax, Finland. The site consists of one mine, two sulphuric acid plants, one phosphoric acid plant, one nitric acid plant and one NPK-fertilizer plant. The mine is the only producer of phosphate ore in Western Europe, producing apatite, biotite and calcite. (image capture) 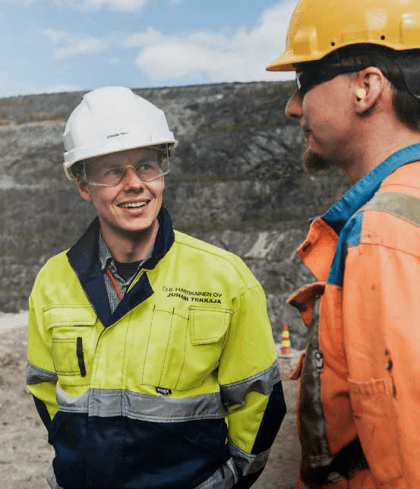