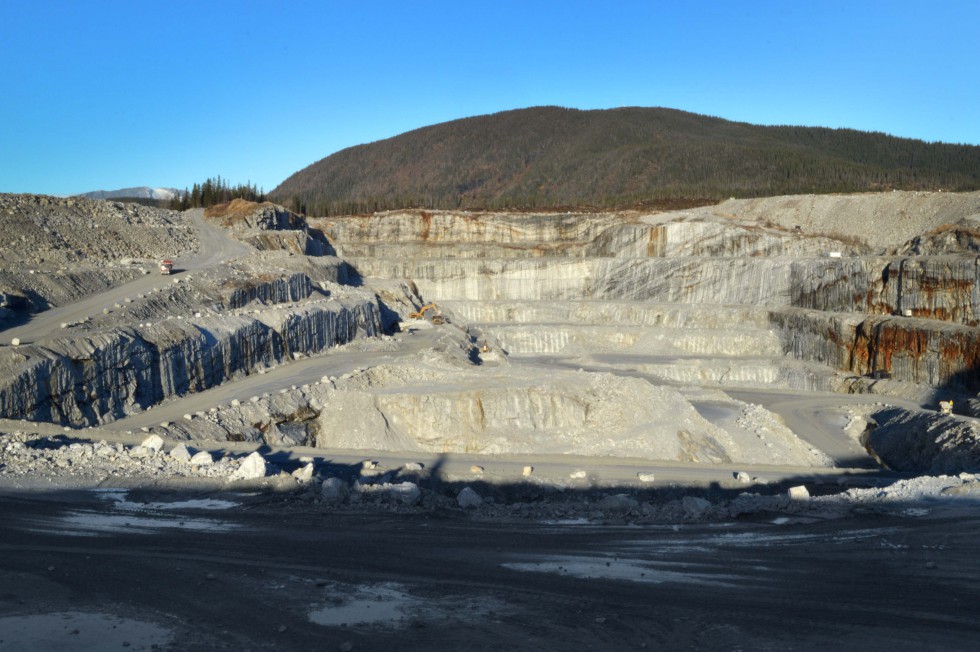 SmartROC with HNS paves the way

Every day, the world’s quarries produce millions of tonnes of aggregate for a variety of industrial needs by drilling, blasting and crushing – but not always with the best results for their owners. However, there is a smart, easy and profitable way to get the job done.

Quarrying is a tough business at the best of times, but making it pay is even tougher. The reason is that there are a number of key parameters that must be made to work together in harmony – and that’s no easy task.

Mats Birkestål, Product Manager and quarrying specialist at Atlas Copco’s Surface and Exploration Drilling division, explains: “Quarrying should be seen in terms of one operation, not as a series of individual operations. The problem is that there are still too many quarries that may get good results in only one or maybe two areas and that puts pressure on the bottom line.”

What’s needed, says Birkestål, is to apply a total cost concept from the planning stage right through the operation to the final product. This means that the combination of drilling, blasting, loading, transportation and crushing have to be better synchronized in order to minimize errors and maximize results.

The aim is to achieve an efficient, smooth-running process all from the beginning to the end, continues Birkestål, and maintains that the secret of success lies in the quality of the drilling. “This is the crucial point at which everything has to be done correctly,” he says. “If you get this part wrong, it will be so much more difficult to get the rest of it right.”

Modern technology offered by today’s drill rigs such as Atlas Copco’s SmartROC T45 enables even the most inexperienced driller to “get it right”. This drill rig is packed with high-tech devices such as the Hole Navigation System (HNS), automatic inclination and collaring, and much more.

A typical benching scenario consists of 75 holes in five rows to be drilled to a depth of 15 m. To cover this area, and effectively remove the estimated round (about 31 000 tonnes of rock), Atlas Copco estimates that a conventional drill rig would need to drill eight more holes than with the SmartROC T45.

The reason is that with a conventional drill rig, the burden and spacing between the holes has to be reduced in order to compensate for possible errors in positioning and wrong angles, as any holes that end up too far apart jeopardizes the effectiveness of the blast. With the SmartROC T45, equipped with the Hole Navigation System (HNS), the rig automatically locates the position of each hole with pinpoint accuracy and drills it to the correct inclination and depth. As a result, the pattern needs no adjusting and gets drilled as planned.

In economic terms, the implication of this level of reliability is striking. The cost of having to drill eight more holes, or 120 drill meters, would amount to around USD 600, based on a typical average drilling cost of USD 5 per meter. With 40 blasts per year, this extra cost would amount to approximately USD 24 000 per annum, not including the added cost of explosives. Not only that, the effect of poorly positioned drill holes that affects all operations further downstream is considerable.

A typical case in point is the Akselberg limestone quarry in Norway. Here, the owner, Brønnøy Kalk AS, has achieved total efficiency throughout its operation thanks to its holistic approach to planning as well as meticulous attention to every detail in the production process.

Located about 400 km north of Trondheim, this 2.5 km long and 1.5 km wide pit produces about 1.8 million tonnes of limestone carbonate per annum – a product widely used in the European paper industry. It was established in 1997 and has consistently improved its productivity in drilling and blasting ever since. Today, it is getting better results than ever.

Raymond Langfjord, Production Manager at the site, explains: “Everything here starts with the drilling. If we get that wrong, it has consequences for every other phase in our operation – from blasting and loading through to crushing and, ultimately, the quality of our products. Our vision has always been to achieve optimal utilization of the limestone here and that requires optimizing the whole excavation process. That’s why we are very happy to be getting top results with our equipment and to see the effect of this on the total efficiency of our operation.”

There are two Atlas Copco drill rigs at work at Akselberg – the SmartROC T45 and a SmartROC T40. The SmartROC T45 includes the Hole Navigation System (HNS) and the AutoPos function. These functions are used together with the office software – ROC Manager that creates drill plans and generates reports. Working together, the HNS and AutoPos systems enable the operator to precisely locate and collar every hole and then drill the hole at the right inclination and depth – over and over, hole after hole.

The rigs work on 15 m high benches, drilling four rows of holes with a burden of 2.8 m and a spacing of 3.5 m. The holes are drilled at a 10-degree angle. After charging and firing, 20 000 to 80 000 tonnes of rock are removed with each blast and an average of 10 blasts are carried out per month.

The result is perfectly straight, parallel holes and this, Langfjord says, is “vital”. “We have to make sure that all of the holes are drilled to the right depth and with the right inclination and absolutely parallel,” he says. “In addition, the hole bottoms have to be positioned in exactly the right spot. Any deviation, however small, will undermine the success of the blasted round. And as these rounds are spread out over such a large area, small errors can become big problems.”

He continues: “With HNS we can import the drill plan that has been created in ROC Manager, using a USB, and the system helps the operator to navigate the rig to the precise hole location. The rig’s AutoPos function then sets up the correct inclination on the feed, ensuring that the bit will hit the right spot on the ground at the touch of a button. The operator starts drilling and then simply switches to automatic mode and the rig drills the rest of the hole by itself.”

After the hole has been drilled to the correct depth, log files are stored and can be viewed in ROC Manager as status reports, enabling the result to be compared with the plan. If any deviation has occurred, adjustments can be made to correct the error before continuing.

Furthermore, HNS-equipped drill rigs such as the SmartROC T45 can be equipped with the Measure While Drilling (MWD) function which gathers information such as variations in rock type, hardness, the presence of fissures, cavities and so on, which is then analyzed prior to blasting.

Correctly blasted rounds produce the required fragmentation, which in the Akselberg quarry, is maintained at a maximum of 1.2 m x 1.6 m. The correct fragmentation is important, both for optimizing the loading of the quarry’s wheel-bound loaders as well as for throughput at the crusher station. With the correct dimensions of the rock, the crusher station runs evenly and smoothly, using just the right amount of power required to crush the stone while consuming as little energy as possible.

“All of these devices are a great advantage,” Langfjord concludes. “They help us to achieve our prime goal which is to optimize the blasted rounds, and therefore create the conditions for making the operation as efficient as it can be. Obviously drilling equipment like this costs extra money so you’ve got to get it out at the other end. That’s exactly what we’ve done as we have been able to increase the drill pattern.”