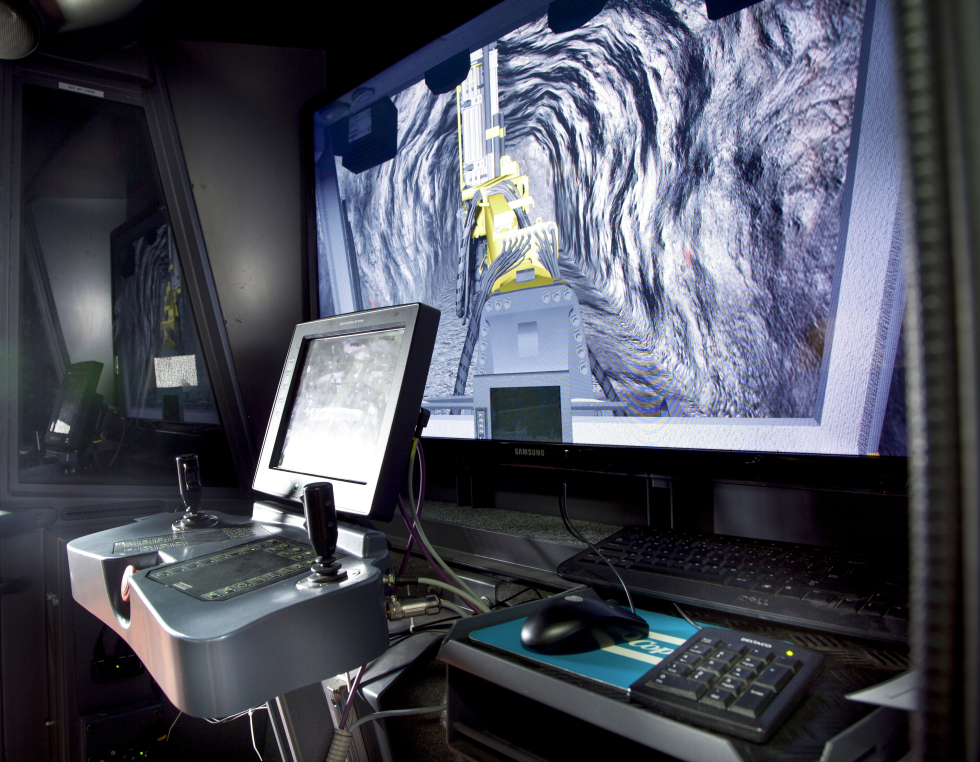 Underground Mining
Inside the Simba simulator: The operator’s control panel has exactly the same feel as in a real drill rig.

With the ever-increasing demands for production efficiency, fast-track training in the mining industry has never been more important. Boliden Tara Mines of Ireland is one company that is reaping the benefit of an effective and safe training method with simulator training, without causing any disturbance to production.

Traditional ‘buddy training’ on a production drill rig can take four to six weeks in order to get a new fully trained operator. In addition, any drilling errors made by a trainee can lead to difficulties during blasting, causing unevenness in the mine’s tunnel walls and floor.

Similarly, if there are errors in depth alignment, subsequent rounds will be more difficult to drill and load, and without good profile quality, blast damage is increased, resulting in more time for scaling and rock reinforcement.

At Boliden Tara Mines in Navan, Ireland, Mining Manager Mike Lowther is fully aware of these production efficiency challenges. The mine, owned and operated by Boliden, the Swedish international group, produces approximately 2.5 million tonnes of ore for zinc and lead concentrate per year and strives to constantly improve efficiency wherever possible.

Part of this effort included the use of an Atlas Copco Master Driller Simulator. “It was a brilliant opportunity not to disrupt production and make rapid progress on our training program in a 21st century environment,” Lowther recalls.

In addition, the Atlas Copco Master Driller Program offered the Tara Mines trainees three levels of certification – Bronze, Silver and Gold. Pat Potterton, training officer at the time, now Technical Support Supervisor-Mine Development, organized the training and arranged for the simulator to be delivered during the peak summer holiday period to limit the impact on production.

Operators were brought in from leave to be trained while production continued underground. When the simulator arrived, initial training was given at the Atlas Copco Service Center in Portlaoise to Potterton, Mine Captain Roy Tallon, and Training Officer Jimmy Dunne, so that they could familiarize themselves with the simulator before it arrived at the mine.

Once installed at Tara, the training program was an inclusive process with craft and maintenance personnel, operators, surveyors and planners all given the opportunity to train on the simulator.

As part of the program, Atlas Copco provided a bespoke training package for the  company’s fitters covering the RCS system, tramming, boom, feed and rod handling operation as well as common maintenance requirements of the Simba rig. The results were beyond expectation:

The learning rate was also extremely fast. As Potterton pointed out: “A miner with no previous experience of operating a Simba rig could be fully trained in a week.” The training technology of the simulator provided a controllable, safe environment for the trainees. But this was not the only feature appreciated by Mike Lowther.

“We were able to quickly upskill the long-hole drillers that were bracketed into a skillset relevant to a particular machine but, we could also move the Cabletec [cable bolting] guys onto the simulator. Crosstraining became rapid over a matter of weeks,” he concludes. “We got more out of it than we expected, and we expected a lot.”

Sickness and annual leave no longer impacts production at the mine due to the lack of trained operators, and during a special presentation ceremony, the Mine Management congratulated the crews on their improved skills, which further boosted confidence and morale.