Securing the future of Otjihase

In early 2006, the Otjihase copper mine in Namibia was facing an uncertain future. Now new owners are breathing fresh life into the mine, not least with the introduction of the latest mechanized equipment.

Weatherly International’s operation in Namibia is in an expansion phase. Its mines at Tsumeb West, Kombat, Tschudi, Otjihase and Matchless were part of Ongopolo Mining and Processing Company, a copper mining and smelting operation, which the company acquired in 1996.

Otjihase, situated 40 km from the Namibian capital, Windhoek, employs 375 people, 160 of them underground. It currently produces 35,000 tonnes of ore per month. Its sister mine, Matchless, is located 25 km to the east and together these mines form Weatherly’s Central Operation.

Some USD 40 million has been earmarked for expansion work during 2008.

Andrew Thomson, General Manager of the Otjihase mine, has been at the mine since 1982. Describing the orebody, Thomson explains: “It looks like a ruler, divided into five separate compartments by a number of faults. The longest of these extends to 8 km. In plan, the compartments form a line from the surface in the north descending at a shallow angle to the south. 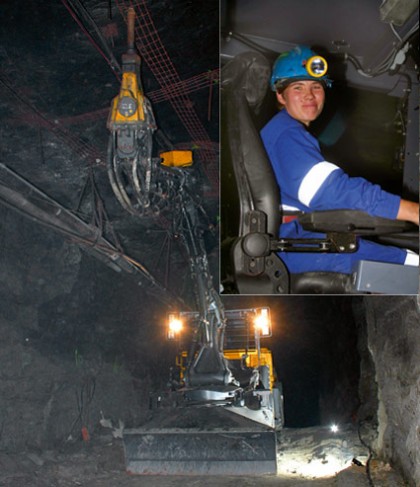