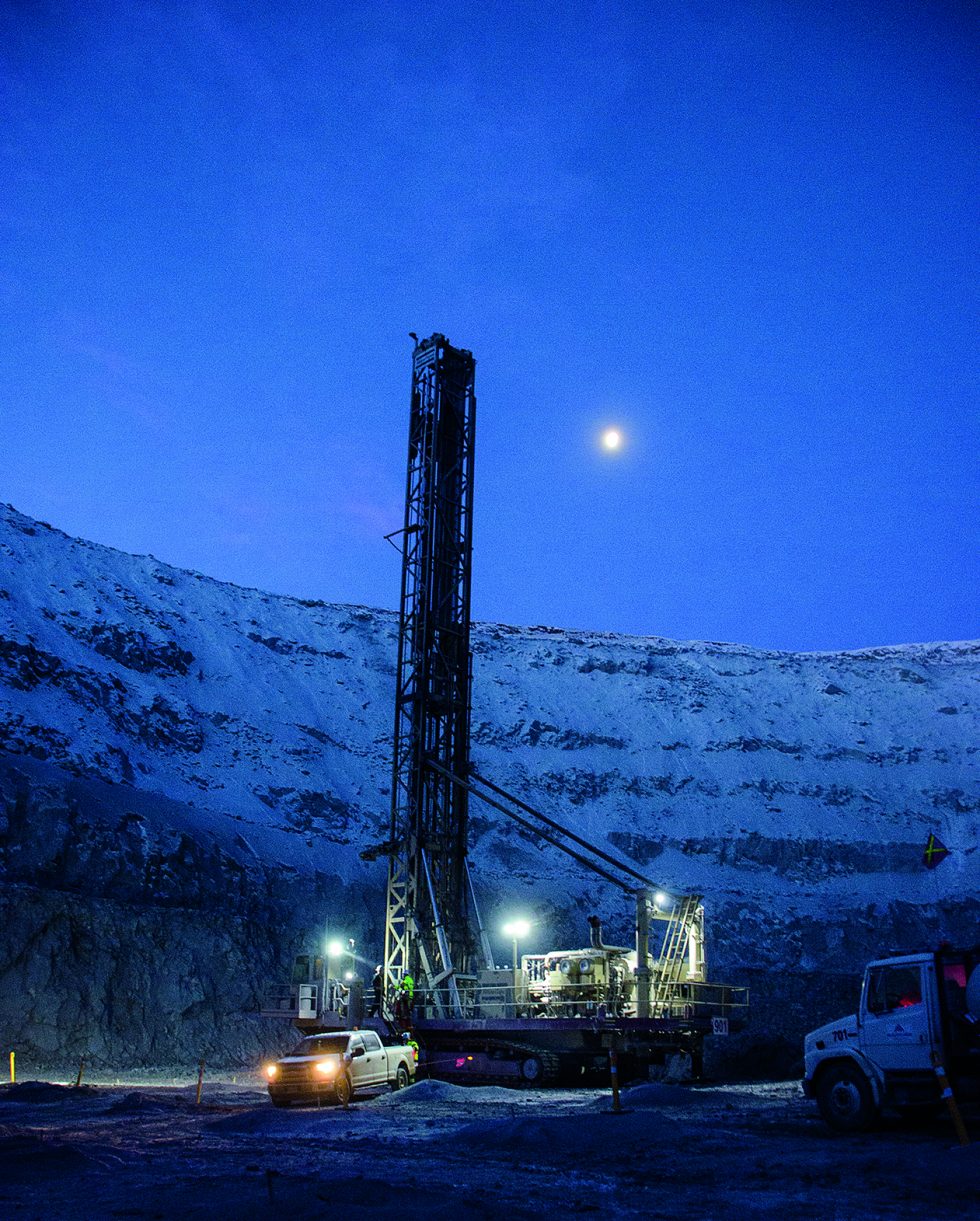 Second breath in the pit

A midlife rebuild and control system upgrade in the field was deemed to be the best option for a seasoned Pit Viper 351 operated by Canadian company Imperial Metals.

When Canadian mining company Imperial Metals opened the Red Chris copper and gold mine in northern British Columbia in 2014, they needed a modern, high-production drilling rig. The mining company had a PV351 running at one of their other sites that had been the primary production drill rig since 2005, and this unit required either a major overhaul or replacement. It was still performing, but 45 000 drilling hours were beginning to take their toll.

A “MIDLIFE REBUILD” seemed like the best option for this workhorse. Sending the rig for a factory refurbishment in the US was, however, out of the question. The transportation costs would be excessive, and the cost of the downtime high. As the Pit Viper was the primary production drill, delays had to be kept at a minimum. “Another issue was the operating system (OS) on the Pit Viper. The original OS had been discontinued, sosome machines can start experiencing issues with the electronics at this stage,” says Dave Robinson, Epiroc Account Manager for British Columbia and Alberta. THE ORIGINAL OS did not provide the Pit Viper 351 with the same precision and automation capabilities as modern control systems, so if possible the electronics and software had to be upgraded in parallel with the rebuild. This, however, had never been accomplished in the field before in Canada. 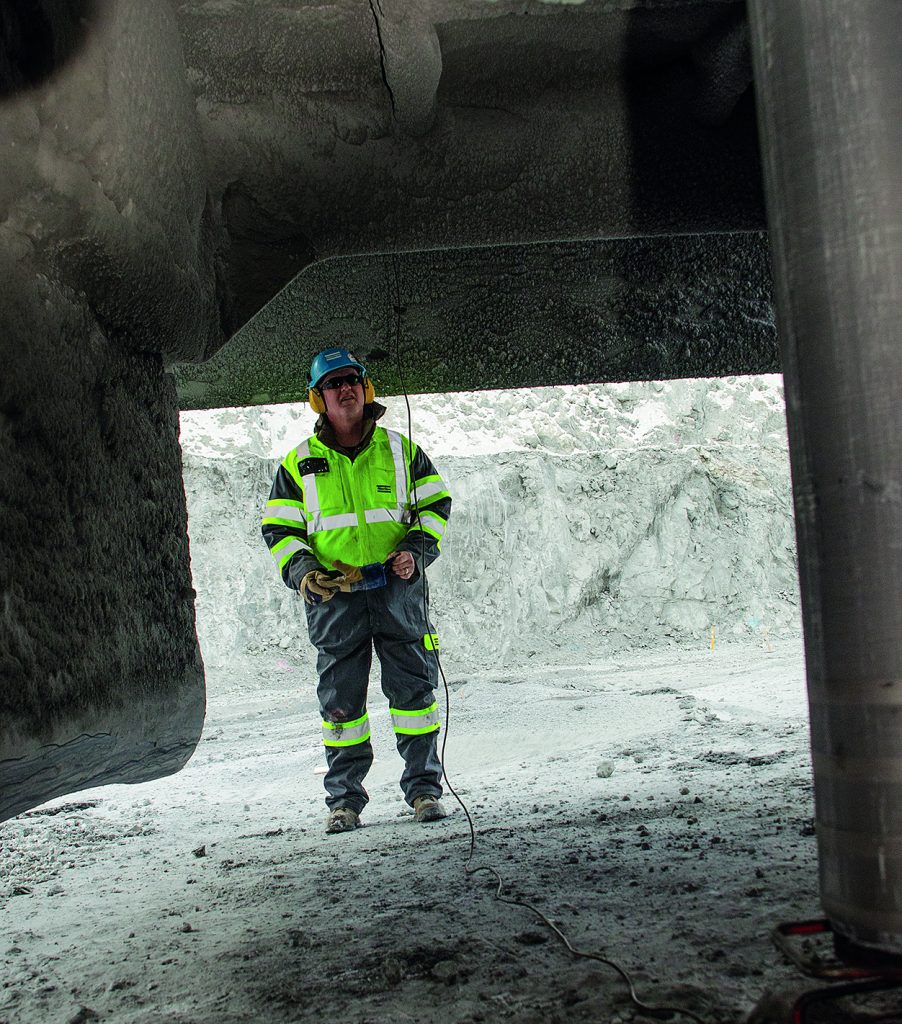 The decision was made to give the Pit Viper 351 a midlife rebuild and control system upgrade in the field. It was to be recommissioned to the Red Chris site, while a brand new drilling rig was commissioned at the original site. Technicians disassembled the Pit Viper 351 on site while repairing or changing old parts for new ones, including a new engine and compression systems, undercarriage, rotary head, cylinder, rod support and carousel. Then came the task of modernizing the control system. “The control system upgrade basically involved removing existing wiring, boxes and conduits from the mainframe, tower and cab, and replacing them with new components. I think we replaced almost all of the electronics. It was a massive undertaking,” says Dave Robinson. WITH SUPPORT FROM the Epiroc factory in Garland, Texas, the pre-RCS third party operating system was replaced with RCS-4. After this, the rig was disassembled, loaded onto several trucks and moved 1 100 kilometers to the Red Chris mine site. There it was reassembled, tested and commissioned in a period of ten days. The whole process took only a little more than a month. 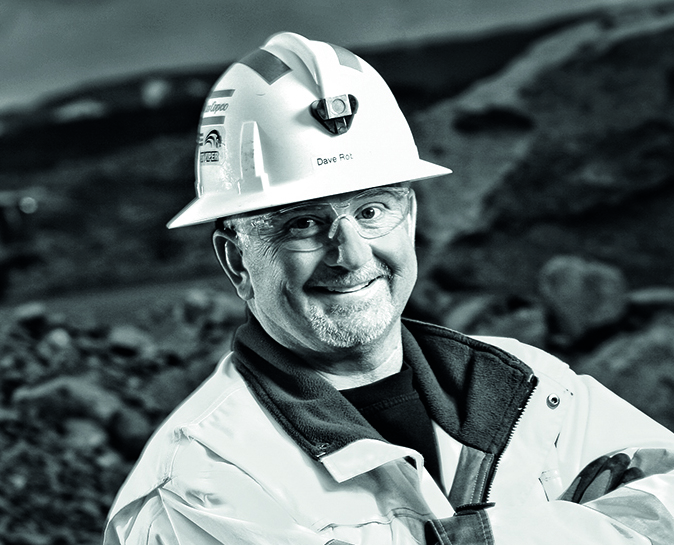 At the time of writing, the Pit Viper 351 has kept on drilling for another 18 000 hours. The greatest improvement is in functionality and automation options. “The raw performance is about the same after the rebuild. It’s a superpowerful monster of a machine,” says Dave Robinson. “But RCS-4 gives you higher reliability, many more options, faster support and far superior accuracy when drilling. If you use more force than necessary, you can shorten the life of the drill bits. We’ve calibrated and tested the rig on site, and the readings are very accurate. That’s what you want,” says Dave Robinson. He finds the term “midlife rebuild” slightly misleading, preferring to think of it as scheduled maintenance. “To me, ‘midlife’ implies the rig’s life is half over. But at 20 000 hours or so, our Pit Vipers are still young, just getting started.” IN FACT, the rig has proved so reliable that Red Chris has not needed a backup Pit Viper on the site.