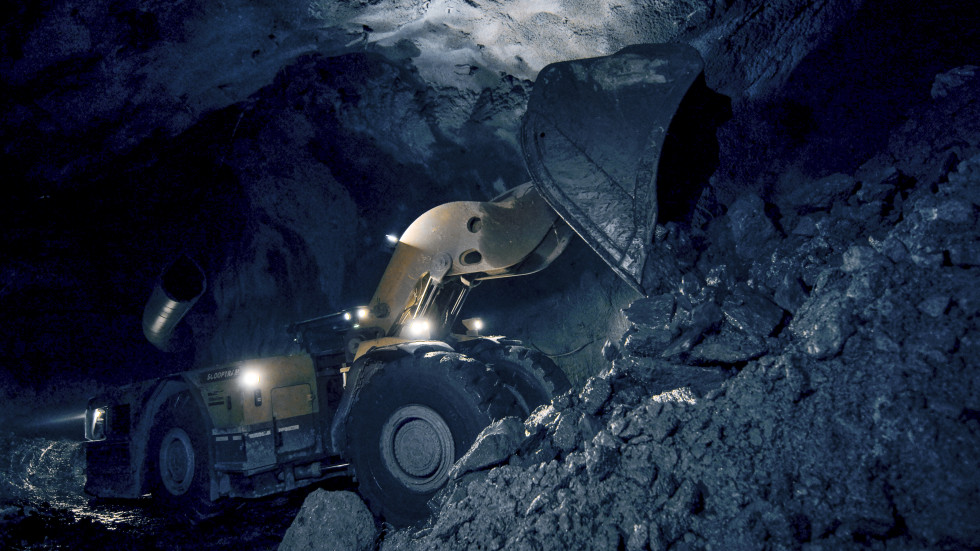 Loading operations on the steep ramps and tight bends of Sweden’s Kristineberg Mine are known to push most types of underground LHDs to the limit. Atlas Copco’s new Scooptram ST18 took the challenge in its stride. The Kristineberg Mine is the oldest mine in what is today known as the Boliden Area near Skellefteå in the far north of Sweden. Opened in 1940, it has been producing zinc, copper lead, gold and silver ever since.

The ores, which consist of many separate formations, are located in two parallel veins, 500–800 m apart. Nowadays, cut-and-fill mining takes place at a depth of 1 350 m and the steep ramps and tight bends here are a tough challenge for all types of loading equipment, often stretching loading and haulage vehicles to the limits of their capacity.

That’s one of the main reasons why Atlas Copco chose the Kristineberg mine as the testing ground for the latest addition to its LHD range – the new Scooptram ST18.

This is a high performance, 18 tonne capacity underground loader for large scale operations, including development work and production mining. It is designed for both the optimal loading cycle and highest uptime as well as maximum support and protection for the operator. In addition, it is the perfect companion to Atlas Copco’s range of underground Minetruck trucks.

When the Scooptram ST18 arrived at the mine it was put through its paces for seven months, and according to Patrik Olsson, Production Manager, the results were “beyond expectation”.

“I think the test went much better than we had imagined,” he told M&C. “To start with, the machine caused very little disturbance to our operations, which was a good thing, and we also maintained a high level of production the whole time, which I was personally very satisfied with.”

From a performance point view, operators Magnus Lindblom and Hans Sandström both describe the newcomer as “impressive”. Lindblom says: “It’s smooth, flexible, and very easy to drive. The hydraulics are great and it trams nicely and gently when fully loaded. But the best thing about it compared to competitors’ machines is the sitting position and the Atlas Copo footbox which enables you to have your legs in front of you. This means you don’t get so tired, you can work longer shifts and it makes a big difference to how you feel at the end of the day.”

Sandström, who operated the Scooptram ST18 from the first day of the trials, added that he was impressed with the loader’s stability as he trammed at speed on the steep ramps and maneuvered a full load round the restricted corners and bends.

“It’s very strong and stable, which means you can keep up a good speed all the time and the turning radius is fantastic,” he says.

“The machine is pretty wide but you don’t get a sense of that when you’re driving. There’s no swaying around at all and it stays very stable even if you drive over a boulder. This makes the work cycles fast.” Sandström also notes the vehicle’s braking system which he says is “like driving a car, only bigger”.

Overall comfort and the low noise level also get full marks from both operators.

Erik Hedström, Maintenance Planner at Kristineberg, says he was surprised by the low level of faults during the test. “Considering it was a prototype, the ST18 proved to be very robust. “The guys in the workshop were particularly pleased with the trunion cap joint on the bucket system which made it quick and easy to dismantle and reassemble, and we found that all the service points were easily accessible.”

Other key features and benefits of the new Scooptram ST18 include:

The operator sits in a FOPS/ROPS approved cabin with air conditioning and extra leg room.

The Scooptram ST18 can also be equipped to run semi-autonomously or by radio remote control.