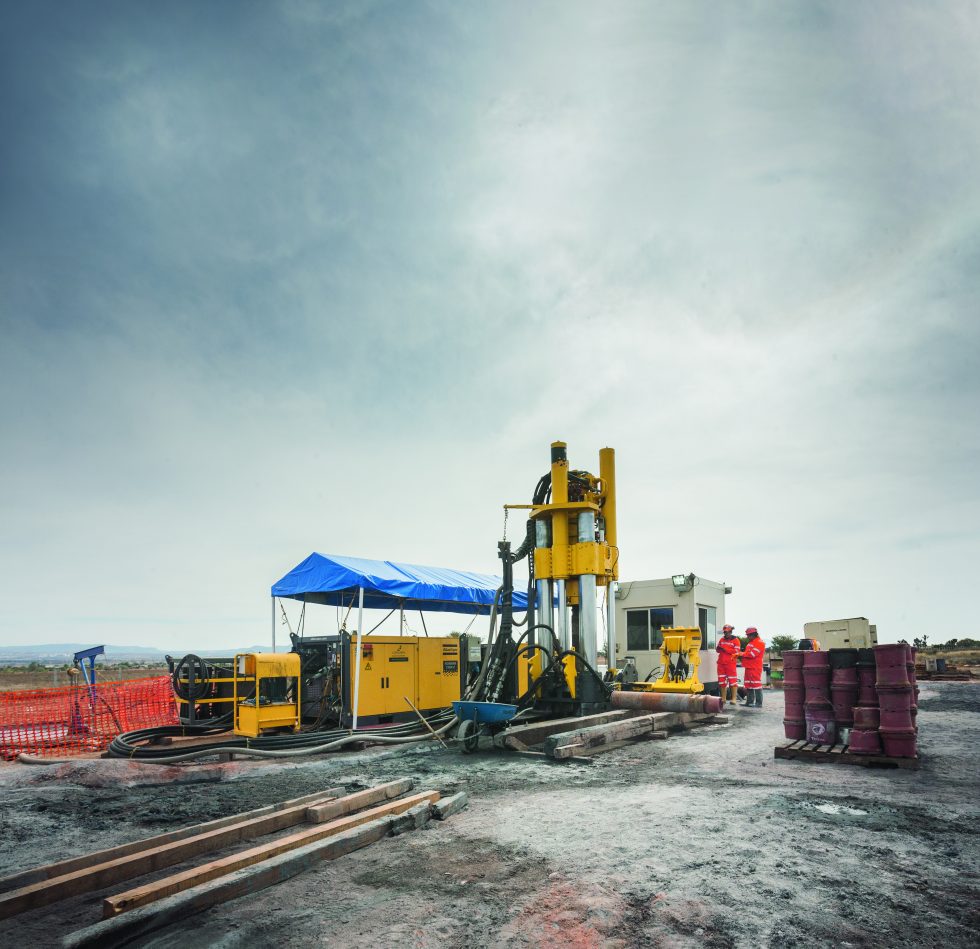 One rig to rule them all

CAUSA, a mining contracting company with 40 years of experience, uses the Epiroc Robbins 73R rig for raiseboring in Mexico. Its fleet includes 20 rigs owned by the company and 10 more that it manages for mining companies.

CAUSA, Epiroc’s number 1 customer in the world for raiseboring consumables and accessories (RBM), uses the Robbins 73 rig, fitted with Epiroc’s Magnum cutters, for raiseboring in the most important mining operations in Mexico. Founded in 1978, this mining contractor for raiseboring and exploration drilling “is currently operating 20 Robbins raiseboring machines owned by the company and managing 10 more for various mining companies,” says CAUSA’s founder, Gabriel Elizondo. 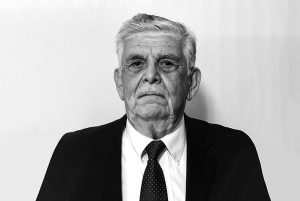 When asked what he believes are the advantages of using Robbins equipment, Gabriel Elizondo replies, “with the use of raiseboring machines, the human risk has practically been eliminated,” and he adds that “Robbins equipment has revolutionized mining when it comes to vertical and slope works.”

While the relationship between CAUSA and Atlas Copco – now Epiroc – officially started when the former was founded in 1978, CAUSA’s relationship with Robbins machines goes back to the beginning of the 1960s, through its parent company – NEMISA. That’s when NEMISA acquired its first Robbins rig: the Robbins 32R with hydraulic motor.

This was even before Atlas Copco purchased The Robbins Company in 1993.

With its current fleet of Robbins 73R rigs – Epiroc’s most popular model on account of its sturdy yet compact design – CAUSA carries out raiseboring and exploration drilling at several mining sites in Mexico, including the Fresnillo and Madero mines on the outskirts of the city of Zacatecas. It is here, at the Fresnillo mine, that CAUSA recently broke a record using Epiroc cutters.

Twelve kilometers away from the city of Zacatecas, in an arid region of central Mexico covered in cacti and Joshua trees, the Madero mine extends across an area of one thousand hectares. As a polymetallic mine, it relies on the extraction of multiple metals, but zinc is its main objective.

Here, the Robbins 73R rigs operated by CAUSA are critical in the day-to-day mining activities. According to Daniel Rodríguez, CAUSA’s Operations Manager, “raiseboring generally has four uses, the first and probably most important being ventilation. Through the large diameter hole that is created, fresh air can be pushed down into the mine, or stale air can be taken out.” 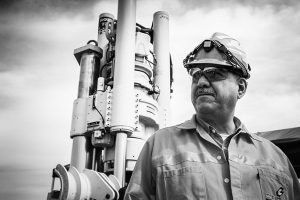 Nearby, the Fresnillo mine stands out by its sheer size. According to Fidel Morín, Projects Superintendent at the Fresnillo mine, “three shafts and a vertical conveyor belt, as well as three access ramps” spread across an area of 14 square kilometers (approximately 1 400 hectares) are currently being operated. Its main vein alone, named San Carlos, “is seven kilometers in length,” says Morín, and it is “along that vein that we have to put infrastructure to do the mining,” he explains. 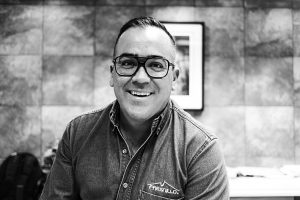 When it comes to infrastructure, a recent record-breaking raiseboring operation carried out by CAUSA will solve an efficiency problem. “This project began with the need to lower people through the mine in a more efficient way. Right now, taking a person down 682.6 meters is taking us around 45 minutes,” says Morín. By installing a hoist in the raisebored shaft, workers will be transported vertically, instead of using ramps that already exist within the mine. “[It’s] 45 minutes vs. 10 minutes, so we are saving a little more than half an hour,” he adds. Besides saving time, “It has to do with transit, safety, pollution, vehicle maintenance, and a number of factors that are focused on productivity, which is what we are looking to do with this type of [project],” Morín says.

But the rigs are not the only reason for the mining operations’ success. The record-breaking raiseboring operation at Fresnillo was made possible thanks to the Epiroc cutters that the raiseboring reamer are fitted with. While drilling a 3,6 dm raise in 2019, the cutters made it intact through all 682.6 meters that it took them to reach the top, and the hole presented zero deviation.

“We didn’t need to lower the cutters for review; they came to the surface all in one go because it always depends on the terrain, and here the ground is very soft, very easy to drill. There are terrains that are very hard; there we cannot guarantee that the reamer head comes all the way out. [When that happens] you have to go down halfway through drilling the hole to do a full inspection or to change the cutters but, this time, the whole equipment came out all in one go, without giving us any trouble,” recalls Ernesto Puga, CAUSA’s Chief of Raiseboring Operations, who is in charge of supervising all the raiseboring machines. 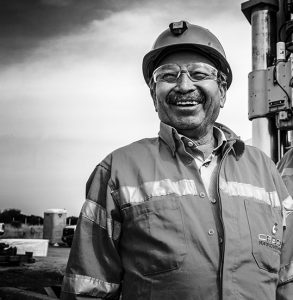 Besides saving time – the pilot hole took approximately 17 days to complete and reaming the raise 49 days – not having to send people down to service the reamer halfway through completing a raise is crucial in terms of safety.

A relationship built on trust
The record-breaking operation is proof of what an honest and open dialogue between a client and its product supplier can achieve. CAUSA and Epiroc worked together on a new cutter design for the rigs after the mining contractor provided feedback on some challenges it faced.

“The cutters we’re operating have given us very good results. We have mainly been working on the internal components lately, which has resulted in increasing the life of the tool,” says Emilio Luna, CAUSA’s Operations Director. “The relationship with Epiroc is good; they fix all the problems we encounter and also provide our customers with the very best. Their equipment is the best on the market and, even though that doesn’t mean we don’t encounter small issues from time to time, we are very happy with the way that they resolve issues,” Luna says.