MAXAM drills a million meters of blast holes per year in Poland and wanted to reduce its total operating costs. The SmartROC T40 drill rig with Hole Navigation System more than fulfilled the company’s wishes.

MAXAM is the world leader in the production of explosives and the largest company in the market for drilling and blasting services in Poland. Its fleet is distributed across Poland and provides services to granite, dolomite, sandstone, basalt and melaphyre aggregate quarries, as well as limestone quarries for the production of cement and other components for construction chemicals production. 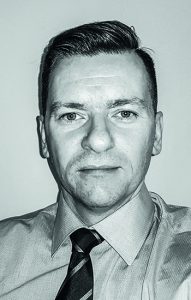 “The main challenge was to find a way for MAXAM to avoid excess drilling, to improve the quality of the holes and to reduce the number of boulders after blasting. Traditionally, the majority of blast holes in Poland were designed using the traditional method, without consideration of the wall profile or the possibility of verifying the quality of completed holes immediately after drilling. The Boretrak system was in use, but due to the time-consuming nature of hole sampling and the risk of blocking, its use was very limited,” says Marcin Plachta, Business Manager Surface Drilling at Epiroc Poland.

MAXAM was also aiming to decrease the seismic vibrations attributable to blasting.

“Minimizing seismic vibrations is always desirable, particularly when operating close to populated areas, so that was a distinct goal for MAXAM,” says Marcin Plachta.

In 2016, Epiroc Poland presented the latest available tophammer drill solutions to MAXAM. The next step was to let the customer carry out drilling tests with a SmartROC T40 drill rig equipped with a COP 2560+ rock drill, HNS (Hole Navigation System), Certiq and remote control. Testing took place in a granite quarry in Rogoźnica operated by Colas Poland.

“We trained the operators and then they tested the rig under our supervision. Our customer was very pleased that they could perform extended tests at one of the company’s sites. MAXAM had heard about HNS but hadn’t experienced the benefits. The system made it possible to perfectly maintain the depth level of all drilled holes and to avoid uncontrolled excess drilling,” says Marcin Plachta.

After completing the entire grid, the operator can save the data and transfer it to ROC Manager software. ROC Manager is used to plan the drill grid and compare it with data received after drilling. Marcin Plachta says:

“Using HNS,  the customer could create the drill plan on the computer and upload it to the rig, so that the operator could follow it on a screen in the cabin. Thanks to the system, the start points and end points of the holes were a lot more accurate and it was easier for the customer to analyze data after blasting.”

After two months’ worth of testing, MAXAM could make a reliable assessment of the costs of drilling and also get an idea of the actual wear on drilling tools. To begin with, elimination of excess drilling meant that total drilling decreased by 70 meters per 1 000 drilled meters

“These rigs drill 60 000–70 000 meters per year, so the decrease measures up to a lot of money over time. Fuel consumption dropped by 50 percent, as did seismic vibrations. The penetration rate increased by 10 percent, the hole quality improved and there was no need for horizontal drilling. The total operating cost was reduced by more than 30 percent, so the results exceeded the customer’s expectations,” says Marcin Plachta.

Later in 2016, MAXAM purchased three SmartROC drill rigs with HNS, as well as three FlexiROC D50 rigs. Epiroc’s technology initiated further modernization at MAXAM, such as the purchase  of state-of-the-art 3D scanners. It opened up a new stage in the improvement of drilling and blasting works and gave the opportunity to carry out more precise projects with improved quality. More recently, MAXAM purchased another SmartROC with HNS and recommended the rig to MAXAM Germany and Spain, resulting in the sale of an additional three SmartROC rigs with HNS. 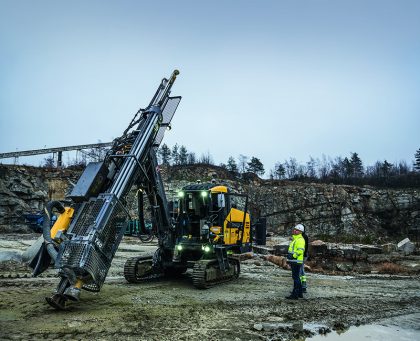