Automatic for the people

Keeping the stones rolling from Northern Europe’s largest aggregate quarry requires top people with rugged motivation and a staggering portion of patience. Or less so, when operating a SmartROC T45 drill rig.

The automatic drilling function of the SmartROC T45 works smoother than anything Morten Natland has tried before. “It feels almost like sitting at home,” he says. Natland is one of the seasoned operators at Natland Graveservice, a local entrepreneur with 20 employees drilling all the blasting holes in the aggregate quarry in Jelsa, Western Norway. Striving for an annual capacity of 10 million tons of granodiorite, a highly sought after stone variety used in construction, the quality and regularity of Natland’s drilling is crucial. Founder and owner of Natland Graveservice, Geir Natland, is making the investment calls. Currently, he has received three SmartROC T45 drill rigs and one Smart- ROC T40 drill rig. After two years of operation, Geir Natland has a firm grip on the SmartROC T45.

Why did you pick the SmartROC when acquiring new drilling rigs?

“I’ve basically got three reasons: Reliability in operation is number one; fuel consumption ranks second, due to substantial savings compared to former rigs. Reason number three is comfort of operation, which shouldn’t be underestimated.”

How do you assess the overall performance of the SmartROC T45?

“I’d have to say it’s one of the world’s best drilling rigs. I like the speed of the chain-driven feed, the noise is quite low, the operator’s cabin is really comfortable and the automatic drilling system runs smoothly. We have reached 5 000 hours of operation with practically no incidents at all. Even though we require every bit of the service contracts with Atlas Copco, it’s much more important that the base quality of the SmartROC T45 is optimal. Which clearly it is.”

Could you disclose some specific details from your evaluation of the rigs?

“Sure thing. Every hour of operation we save between 12 and 15 liters of fuel per machine, compared with the old rigs from a different supplier. The new chain-driven feed mechanism makes it more reliable and easier to repack than the old wire concept, adding a plus to the boys’ working situation.”

Tricky question: What improvements could make the SmartROC T45 even better than today?

“As your readers would know, the Smart- ROC rigs can be modified to suit almost any condition. That said, our extremely hard granite drilling in steep and untidy terrain requires maximum flexibility from rig and boom, as well as great mobility of the vehicle itself. Any improvement to that aspect would be welcome, no matter how great these rigs get. It’s the driller’s stairway to heaven; more flexibility and bigger hammers at the same time.” 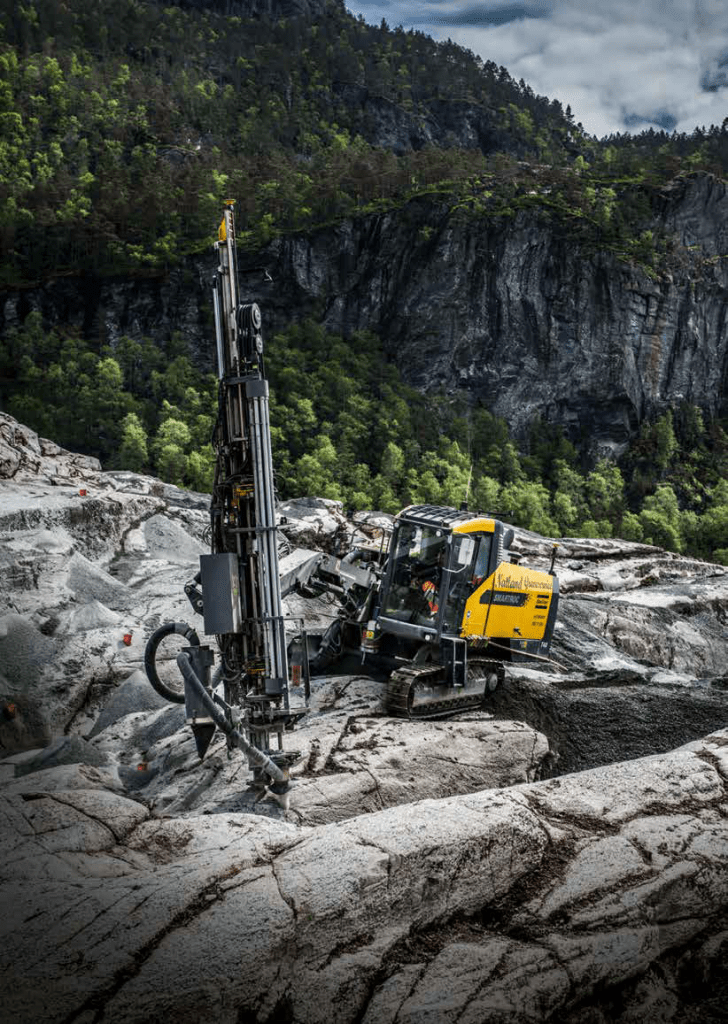 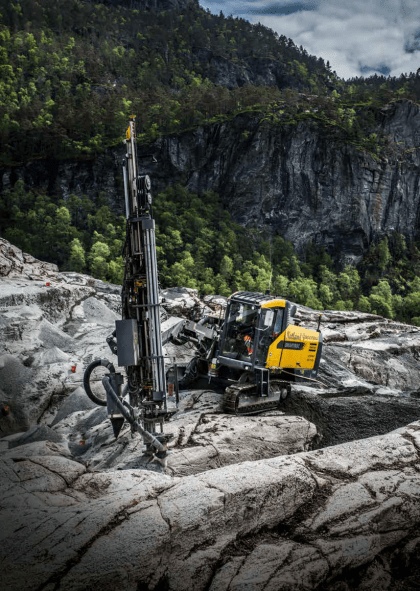