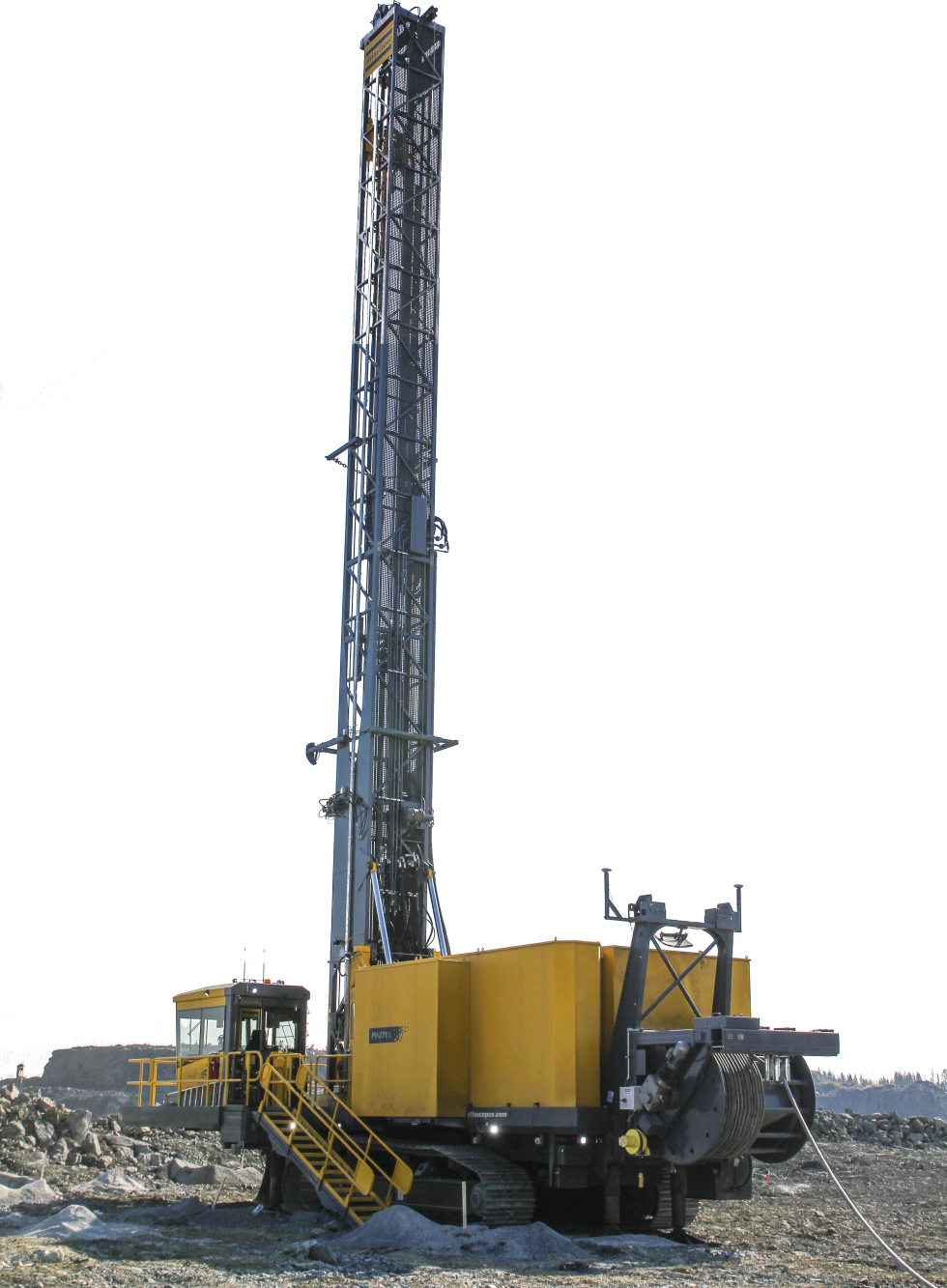 Surface Mining
Among the latest acquisitions are two Pit Viper 271 drill rigs which are now in full operation.

The Kevitsa Mine in Finnish Lapland, 130 km inside the Arctic Circle, continues to develop with Atlas Copco equipment. Among the latest acquisitions are two Pit Viper 271 drill rigs which are now in full operation.

These electrically powered drill rigs are the first of their kind in Finland and join a fleet of  Atlas Copco surface rigs including SmartROC D65 and FlexiROC D65 which are already working successfully at the site.

Kevitsa Mine, which is a copper-nickelgold-platinum complex, is owned by First Quantum Minerals and has been in production since 2012. Today it produces 20 000 tonnes of copper and 10 000 tonnes of nickel annually.

The Pit Viper rigs are an imposing sight, to say the least. Standing 26 m tall in the drilling position and measuring 25 m long in the transport position, they are rivalled in size only to the mine’s giant excavators which are the largest in Europe.

These rigs are capable of single pass drilling of 171–250 mm blastholes to a maximum depth of 16.8 m. At Kevitsa they are tasked with DTH drilling 225 mm holes to a depth of approximately 14 m.

Mine Foreman David Haataja says: “These are robust rigs and they will do just fine at Kevitsa. The start-up was successful, the parts arrived on time and the job was very well scheduled by Atlas Copco.”

Haataja notes that cable control is a critical factor when it comes to electrically-operated equipment but on the Pit Viper 270 series this is “highly advanced and user-friendly”. The cable is controlled with a remote controller and stays tightly around the reel he adds.

Atlas Copco trained the Kevitsa operators and service staff, both prior to the rigs’ arrival at the mine using Pit Viper simulators, and also on the rigs themselves. Wyatt Buck, Director Operations, First Quantum Mining, says: “We are glad to have received the Pit Vipers at Kevitsa. Their significance is critical in reaching large production volumes. Electrically operated rigs save serious money in comparison to fuel operated rigs and the environmental benefits are also important.”

Rock drilling tools from Atlas Copco Secoroc are also used for the drilling fleet including COPROD, used by the subcontractor E. Hartikainen Oy together with a FlexiROC D65. Service and maintenance are handled by Atlas Copco’s team of seven technicians.
Besides the drill rigs, Kevitsa Mine also relies on Atlas Copco breakers, light towers, portable generators and compressors.