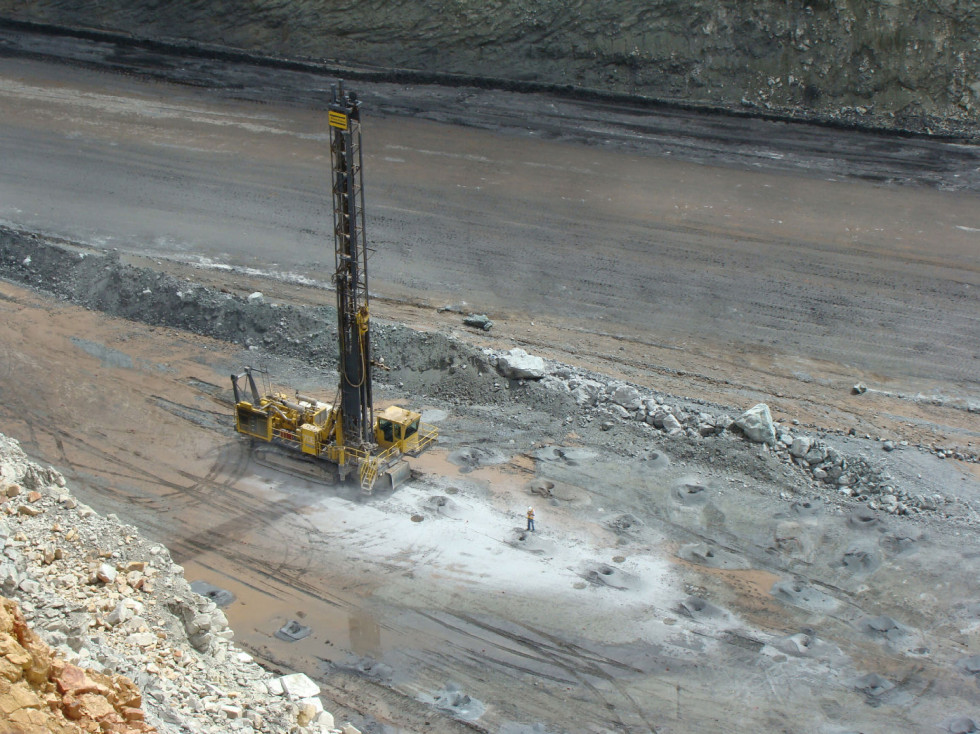 Omega is the rotary drilling bit of choice at San Cristobal

San Cristobal, a world class silver mine in Bolivia, recently trialed three different types of drill bits in order to find the one that could make the best contribution to future expansion plans. It was an easy choice to make. The Omega rotary drilling bit sets a favorable precedent for future applications.

A unique project by Japan’s Sumitomo Corporation is under way to develop and expand its San Cristobal silver mine in southwestern Bolivia. This rich open pit, situated in the mountains at a height of 4 000 m and approximately 500 km south of the city of La Paz, started operating in 2007. Today, it is the world’s sixth largest producer of zinc and the third largest producer of silver.

This meant that the mine would also need a tricone rock drilling tools to meet the larger diameter drilling requirements of the new PV-351. Atlas Copco’s recommendation was either the Epsilon H53CA Open Bearing premium rotary drilling bit or the Omega OM54C sealed bearing bit.

The ground at San Cristobal consists of soft–to–medium formations ranging from 50 to 190 MPa, with an unconfined compressive strength of 90 MPa. The mining process started with blasthole drilling on a 7 x 10 m pattern, with 270 mm and 311 mm diameter drill bits, depending on the type of rock being drilled and its location in the pit area. Normally, the powerful PV-271 and PV-351 drill rigs are both capable of penetrating this material at a rate of up to 60 m/h, or approximately 1 m/min.

And may the best bit win!

In order to find out which bit was most suitable for the application, MSC decided to compare the Epsilon and Omega bits against each other, and then compare them both with a third open bearing bit from another manufacturer. In each trial, the operating parameters were set to achieve an increase in the daily productivity level.

By the end of the test period, the Omega was declared the clear winner, scoring an average life-length of 7 700 m. This corresponded to 78% more meters drilled compared to the Epsilon, and all of 138% more than the third competing bit. Jorge Rivera, Rotary Product Specialist at Atlas Copco, comments: “We were very pleased to see these results as they prove that the design of the Omega lives up to our high productivity expectations. It sets a favorable precedent for future applications, especially in contracts based on cost-per-meter drilled or total drilling cost. San Cristobal is now using the Omega and is getting much better bit life than ever before, which of course lowers their operating costs.”

Rivera also points out that although the Omega bit is designed for the type of geology and application at San Cristobal, it is also recommended for copper, gold and iron deposits where open bearing tricone bits can sustain premature bearing failure.

With the addition of the PV-351 rigs and the larger drilling diameter of 311 mm, the drilling pattern at San Cristobal was also enlarged, automatically increasing the breakage volume. At the same time, the mine also decided to increase the bench height for the PV-351 from 10 to 15 m. The strategy succeeded. San Cristobal achieved its production target of 180 000 tonnes per day in January this year, according to plan.