For Mexican mining group, Industrias Peñoles, one of the top silver producers in the world, the new year holds special significance. In 2008 the company embarks on the next phase of expansion for all of its eight mining operations.

Besides being one of the world’s biggest silver producers, Peñoles is also a leading supplier of gold, lead and zinc in Latin America with eight mining operations to its name – all of them successful and all of them now preparing for a new period of expansion.

This was clearly confirmed at the end of last year by the news of a major increase and upgrade of the company’s fleet of mining equipment. In a move to boost production in anticipation of a strong, future demand for its products, Peñoles placed a single order for more than 30 drill rigs and loaders in addition to a new Mine Truck and a Robbins raiseborer.

Peñoles has been in business for more than 120 years and has been working in close partnership with Atlas Copco for the past 35. The company is also extremely environmentally conscious with campaigns running both inside and outside its mines. 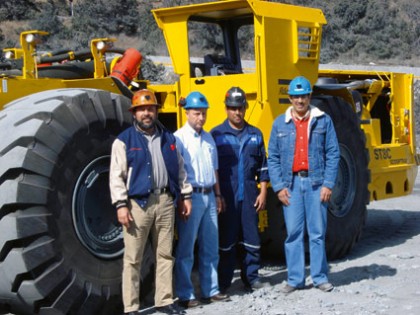