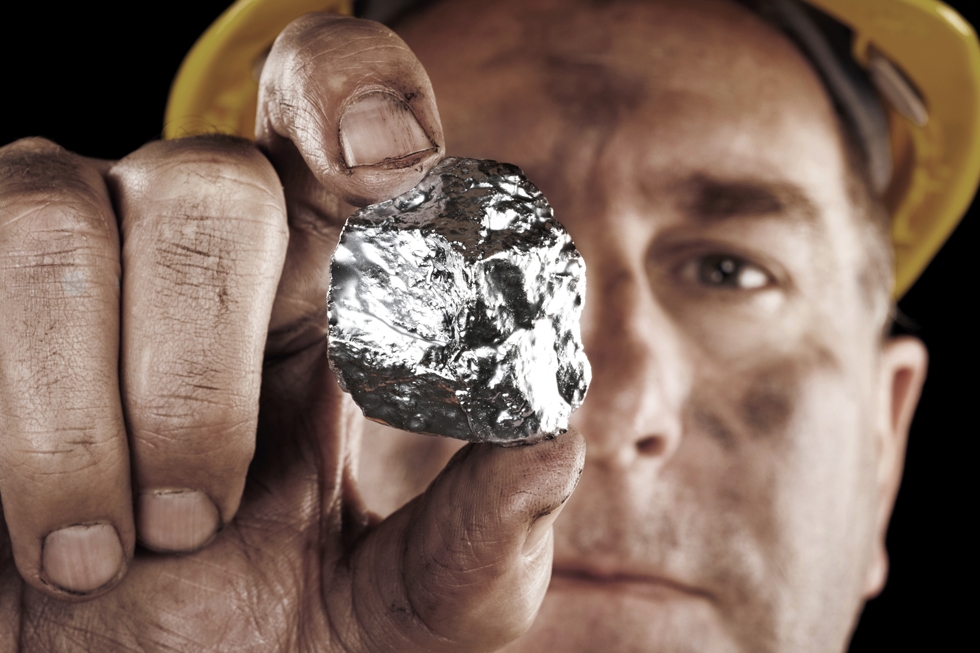 Underground Mining
Silver star: The Fresnillo Mine is on track to meet its production target of 65 million ounces of silver per year.

Mexico’s Fresnillo PLC, the world’s largest primary silver producer and one of the world’s most successful mining companies, is on track to reach new production targets at its Fresnillo Mine with Atlas Copco equipment playing a key role in the process.

Dating back to the days of the Spanish colonialists, the Fresnillo Mine has been in operation since 1554, and the ore mined here is generally believed to have been used to finance the advance of Spanish imperialism from the 16th to the 19th century.

These days, the mine is known mostly for its high productivity and profitability and for reporting high yields of high quality silver and gold over the past two decades.

The reason for this, as M&C discovered during a recent visit, is not hard to see. The mine has consistently invested in new technology that has not only made operations more efficient but also increasingly safe. It is also easy to see where the lion’s share of this technology comes from, or as Mine Superintendent Antonio Gonzalez puts it, “We are a 100 percent Atlas Copco mine.”

The Fresnillo–Atlas Copco relationship began as long ago as 1947 when the mining company first entered the Mexican market. Today, it uses more Atlas Copco equipment than any other mine in the world. The extensive range of products includes Boomer and Simba drill rigs, Scooptram loaders, Minetruck trucks and Robbins raiseborers.

Among the more recent investments is a fleet of 11 Scaletec MC-DH scaling rigs – the largest fleet of its kind in the world – as well as an RB700 XD breaker used in the mine’s new underground crusher station.

In addition to this, Gonzalez confirms that about 30 new units of Atlas Copco equipment are scheduled to arrive at the mine over the next four years.

The Fresnillo operation advances on multiple faces at the rate of 3.4 km per month and employs three mining methods – cut and fill, bench and fill and sublevel open stoping.

Fresnillo’s multiple raiseborers also contribute to the mine’s efficiency, the most recent being the Atlas Copco Robbins 34RH C QRS. These are used to open slot raises as well as for improving the mine’s ability to install short utility raises for ventilation, water and electricity.

During M&C’s visit, the Robbins raiseborer was being used to bore a ventilation shaft from the surface. This raise, which was being bored at an 86 degree angle, was expected to take about one month to complete.

The 279 mm pilot hole was estimated to take about 15 days with an additional 20 days for reaming up the hole to 2.4 m in diameter and 437 m in length. The shaft was completed on time and is now in use.

Efficient and fast drilling
At the San Jaime level in the San Carlos zone, the ore produces 400–500 gm/t of silver and 0.05 gm/t of gold. For production drilling, the mine uses the Simba M4 C in-the-hole (ITH) drill rig with 114 mm rock drills to maintain straight holes, although these will be reduced to 76 mm if unconsolidated rock is encountered.

Both the Simba 1254 tophammer model and the Simba M4 C-ITH production rigs are used, but Gonzalez says: “The ITH hammer works better here. It’s faster and more accurate. It’s important not to have deviation when production drilling, and the ITH hammer ensures that we continue at the correct angle through the entire hole.”

Added safety with Scaletec
Safety is also increased by implementing new rigs such as the Atlas Copco Scaletec scaling rig to smooth out the walls of new stopes.

The operators of both the Robbins raiseborer and the Scaletec say they appreciate the quality of the rigs and that the computerization and user-friendly controls help to both speed up their work and keep them safer.

Gregorio Castruita, Atlas Copco’s sales representative in Mexico says: “The work done by the Scaletec helped to reduce accidents in the mine because scaling was previously performed manually. The Scaletec is comfortable and very fast and the work is done safely from the cockpit.”

The operators like the 7.5 m long boom which can reach 8.5 m high and up to 9 m when scaling on the jacks. This enables them to work at a safe distance from the rock walls, and as the boom can be pulled in close to the rig, it also provides good mobility while moving through the mine.

In places, the silver vein in the San Carlos section is 5–8 m wide, while in other areas the veins are as narrow as 1 m. The blocks of ore are mined 200 x 25 m in the cut-and-fill, long-hole stope method, backfilling as they go.

Where the rock is unstable, the mine method requires that they use remote controled Scooptram ST14 loaders to muck the ore. Gonzales comments that he likes the Scooptram because it keeps the operators safe from the possibility of falling rock.

In addition to increasing the quality of the stopes with the Scaletec, the mine is also improving safety by reducing its truck fleet by up to 50 per cent thanks to an increase in the number of new shafts.

Raiseboring efficiency
Superintendent Gonzalez says new ore haulage shafts in the San Carlos zone will help the mine to reduce costs. “To bring ore to the surface today by truck costs 32 dollars a tonne. With our new haulage shafts, the rate drops to one dollar per tonne,” he says. These shafts are now in use and working well and the savings are reported to be considerable.

Developed and implemented over the past four years, one twin-shaft, 2 x 3.6 m diameter, 565 m deep raise was conceived by the planning and engineering department as a better way to move ore.

Mine Planning Manager Francisco Queiroz de Macedo explained: “We took the idea into long term planning discussions and it all made sense. Having large shafts that could be excavated with a raise bore would be more efficient, faster, cheaper and, above all, safer.”

By “safer” Queiroz means they wouldn’t have to put people in a shaft sinking environment. “There was not the constant exposure to falling rock, or having to lift men and equipment from the shaft. Also, no blasting means no unwanted rock fragmentation,” he said.

The only time men were exposed to potential risk was the shotcrete phase and if bolting was necessary. As there was little rock disturbance, faults or fragmentation, systematic bolting was not needed.

Queiroz said attempting these raisebore shafts made sense in Fresnillo’s mining situation as they had the existing infrastructure in place. “I’m guessing it would have cost twice as much to sink traditional shafts. This wouldn’t be the same situation with a greenfield project where no previous infrastructure exists.”

The lowest point of the shaft was at the 570 m level. Above that were five additional existing points that would break up the lifts to manageable levels.

The longest raises which were surface raises, were 240 m long. “The first were the longest simply because we had to get to the existing mining infrastructure,” Queiroz said.

The future ore lift system was designed to be a cable system, so accuracy was essential. Queiroz continued: “We needed a tolerance of less than 0.5 percent for each raise. The first raise of 240 meters was off less than 0.05 percent.”

Twelve raises
The first step was for the Atlas Copco Robbins 73RH C raiseboring machine to drill a 298 mm pilot hole. Queiroz said: “We could simply drop a plumline down the hole to know how accurate each hole would be. Corrections could be made with each lift if necessary.”

Six lifts were made for each shaft for a total of 12 raises. Of the 12 raises, only one exceeded the tolerance level at 0.7 percent and this was because of slight deviation caused by a fault at the lower end of the raise. The other 11 raises had less than the required 50 cm limit.

Queiroz said: “We have been doing raiseboring for a long time, more than the 15 years I’ve been here, so the practice is not new to us. But this was much more interesting than your average raiseboring project. We think Atlas Copco Robbins raiseborers are very good machines.”

The future of the new 3.6 m shafts is to take them even deeper. These would be bored over the next three years, planned to be opened in 2013 and 2015.