Exploration on the rise in Africa

The search for new resources in the heart of Africa is heating up, spurred on by advanced drilling technology that makes the task easier, faster and more reliable than ever before.

As Africa’s mines step up their expansion plans, exploration contractors with the necessary skills and the right equipment are in increasing demand.

One of these is Drill Africa of Zambia. Established in the early 1990s, the firm has expanded rapidly over the past four years and now operates both inside and outside the country.

Drill Africa is owned and managed by brothers Mauro, Francesco (Franco) and Robert Russo and their team is now 200-strong, including support staff. 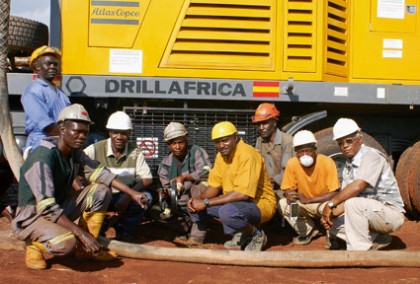