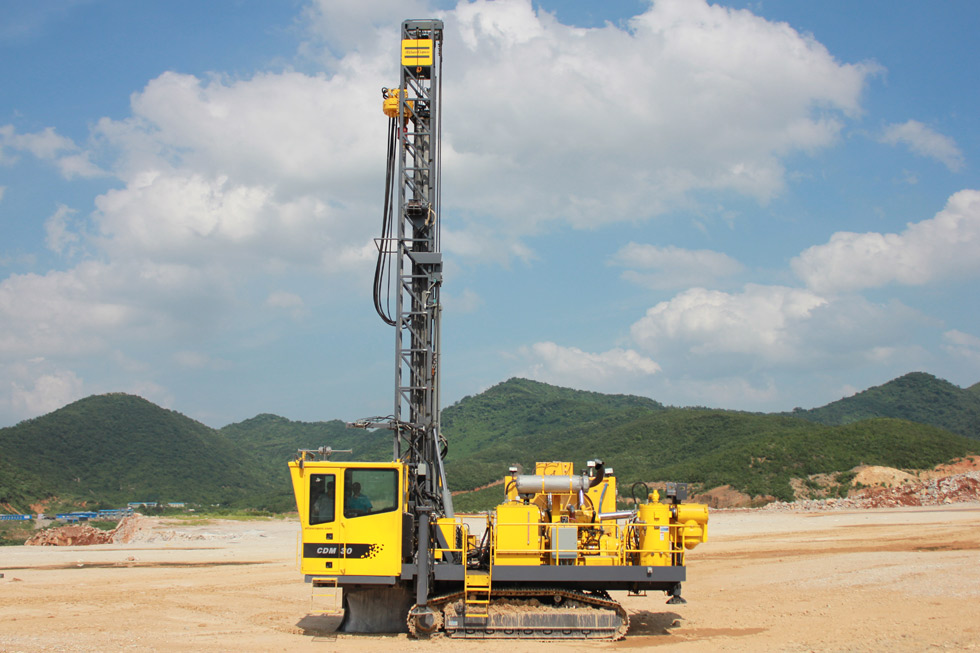 Surface Mining
One of four DM 30 II rigs in OTCC Jurong’s fleet at the Xiguoding Cement mine in the Yangtze River Delta. These are high pressure drills for DTH drilling.

DM30 II – In the limestone of China

The mine, operated by Jurong TCC Cement Co. Ltd bought its first DM30 II (known in China as CDM30) in 2011. It now has four rigs in operation in addition to three CM760 and one CM695 – all from Atlas Copco.

Established in 1997, the mine has abundant resources and modern production facilities and Jurong TCC has been using Atlas Copco equipment since day one.

Chen Longbao, Deputy General Manager of TCC Jurong, says the rig was introduced to improve production efficiency. “When buying drills, we place the highest importance on brand, reliability, flexibility, function and service and maintenance cost. Atlas Copco fulfills all of our requirements. That’s why all our drilling equipment is from Atlas Copco.”

Xiguoding Cement’s limestone is excavated in an area of 1.12 km2. The benches are 15 m high and approximately five million tonnes are  mined annually.

Xu Xiangrong, Director of Mining Plant for TCC Jurong, notes that the DM30 II is well suited for the compressive strength of the rock (10 –14 MPa). Drilling 165 mm diameter holes, the rig drills vertically for six hours per shift and two shifts per day. The average drilling depth in each shift is about 160 m.

In addition, the rig needs to replace drill rods every 40 000 m and the service life of the DTH hammer is about 25 000 hours which is said to be a 30 percent increase compared to previous equipment.

“With its high drilling speed, large operating scope and high efficiency, the drill is laying the foundation for us to improve production efficiency, decrease production cost and reduce safety risk,” says Xiangrong.

Atlas Copco in Nanjing has supplied all of the equipment and has also helped train the DM30II operators.

Going green
Chen Longbao adds that the mine is environmentally conscious and during 2012 was granted permission to work towards “greening” the limestone operation, including dust control.

“Atlas Copco equipment has high production efficiency and low operation and maintenance costs. This helps us reduce costs and dust emission by 30 000 tonnes a year, ” he says. “The rig is making a great contribution to building a green mine.”

The mine aims to reach a production of six million tonnes of limestone ore by 2015. Longbao concludes: “The advanced and efficient products and after sales service from Atlas Copco will be an important guarantee for us to fulfill that target.”