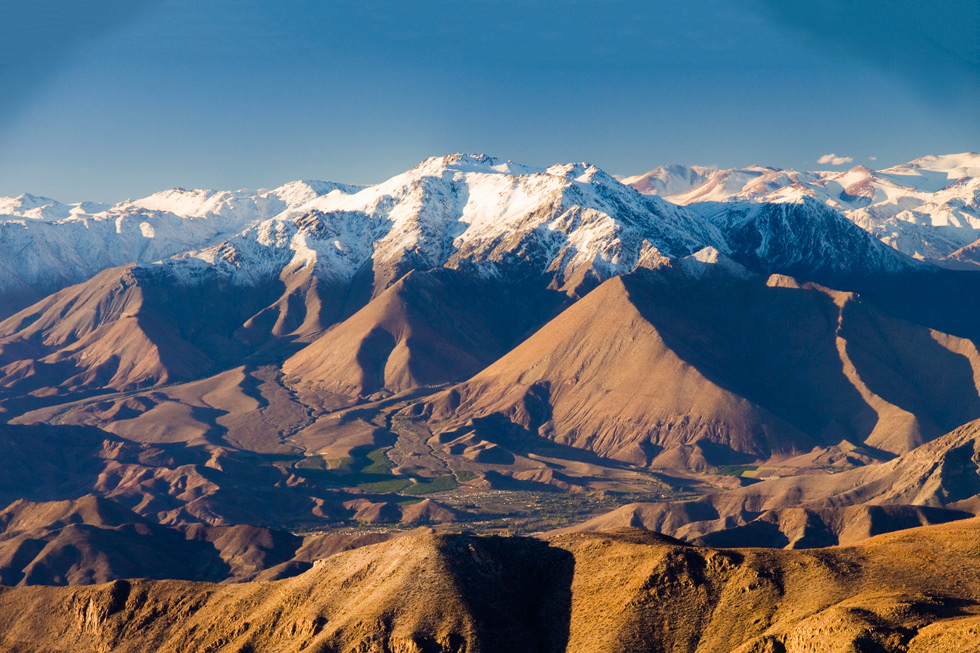 Underground Mining
The Andes in Chile.

Codelco, the world’s largest copper producer, has recently concluded trials focusing on semi-autonomous loading as a means of further increasing safety and productivity at the Andina Mine in Chile. M&C reports on the findings.

With safety and productivity demands growing year on year, coupled with the need to go deeper in order to reach new orebodies, mines are increasingly looking for ways to excavate ore without putting people at risk.

Over the last decade, remote controlled drill rigs and LHD vehicles have been gradually introduced in a number of mines and autonomous mine trucks are now also available on a global scale.

However, although autonomous operations are still far from commonplace, some visionary mining groups see automation technology as a long term investment and are making positive contributions.

Among these is the giant copper producer Codelco of Chile, whose Andina Division recently carried out two trials centered around the use of semi-autonomous, underground loaders. The trials were conducted at Andina Division’s block caving operation located 140 km northwest of Santiago and about 4 000 m above sea level in the Cordillera mountains.

Commitment to health and safety
Like many mining companies, Codelco is committed to health and safety and is justly proud of its low accident rate – less than three lost time injuries per million worked hours – which is an impressive figure considering it has a workforce of some 16 000 employees.

The company says it recognizes that health and safety is directly linked to growth. For this reason decided to investigate the benefits of semi-autonomous loading by launching comprehensive trials with state-of-the-art, remote controlled equipment, complemented with autonomous guidance systems.

Semi-autonomous loading allows for an underground loader to complete a full load-haul-dump cycle with an operator needed only for the “load” part of the cycle. This is accomplished using tele-remote controls from an operator station located at a safe distance from the vehicle.

The mine’s equipment fleet consists of 14 LHDs and nine trucks provided by various suppliers, but for the trials, it chose to use Atlas Copco’s 14 tonne Scooptram ST14. This LHD has all the modern features of the manually operated version but with the addition of a high-tech automation kit that incorporates various sensors, control algorithms and a wireless communications system. Communication between the loader and the control room is facilitated by the mine’s Wireless Local Area Network (WLAN) and an overland fiber optic link.

The project represented two unique milestones for the Andina Division:

The operator control room was located about 80 km from the mine in Los Andes, enabling the operators to live and work in their home town, far from the tough mining environment.

Comments Marcelo Prado, Project Manager for Codelco: “This was a very bold and exciting project for us. We initially used four young operators, two men and two women, who were not more than 22 years old. They had no previous mining experience – just the ability to handle computers and software programs and excellent motor skills using the joysticks, which are just like those on the vehicles’ operation consoles.” Neither had the operators been employed by Codelco before and were recruited after  passing tests to prove their PC competence and, in particular, their joystick skills when playing games on PlayStation.

Three-phase project
The project was divided into three phases with Phase Zero signalling the installation of the control room in Los Andes and the necessary automation infrastructure in the mine itself. Reconstruction work also had to be carried out in the fairly narrow drift in order to allow the Scooptram ST14 to perform at its best in terms of speed and mobility.

The next phase consisted of production start-up and operator training. This began with 5 x 2 day shifts, ramping up to 4 x 4, and as operators progressed, to 4 x 4 (day and night) or two 12 hour shifts making the operation continuous.

During this phase, the responsibility for the various loading operations in the mine was determined according to the progress of each operator. It was estimated that one operator would be sufficiently trained after 500 loading cycles in order to work alone for one shift. The first phase was concluded with a change of location, from Drift 71 to Drift 79, as Drift 71 did not have any turning points which caused unnecessary delays.

The third phase, which extended over a period of five months, focused on testing the performance of the semi-autonomous loading system in a real production environment, with KPI (Key Performance Indicators) objectives based on those typically achieved with standard, manually operated machines.

During this phase, Codelco’s Institute of Innovation and Investigation for Mining and Metalurgy (IM2) was given the task to guide the production and manage the key variables such as performance, cycle time, tonnage, actual hours, and so on.

Two new system operators were also added to the team and reached the same level of proficiency as the original operators after a very short training period. Throughout the trial, the mine was supported by an experienced Atlas Copco operator who made numerous visits to conduct operator and systems training.

Autonomous beats manual
The trials were carried out for approximately one year and showed conclusively that semi-autonomous loading can be used successfully at the Andina mine. From February 2012 until the trials ended in December, the average ore production increased from 44 850 tonnes per month to 80 000 t/m, repesenting 340 to 415 tonnes per hour. The best monthly production figure was 133 000 tonnes which exceeded the normal monthly performance per shift or month using manually operated LHDs.

Growth potential
Prado says he is pleased with the results and points out that although Codelco has been working with semi-autonomous LHDs for almost 10 years, this was the first time it had tried Atlas Copco’s automation system.

“My impression is that the application of the automation system provided for the Scooptram ST14 is excellent,” he says. “It is a very logical system which makes its operation simple and safe. We see it as very promising system with a lot of growth potential.”

Prado also stresses that the trials proved that young operators with good motor skills but no mining experience can be trained for automation tasks. “That was an important milestone for us,” he says, adding “I congratulate the Atlas Copco Chile team and the factory for their efforts and commitment to achieve success with this application.”

He concludes: “We must work today on tomorrow’s processes, not only to develop the technologies but also the people that will be needed to apply them. We hope that Atlas Copco will continue its development work in order to achieve the best possible performance and I have no doubt that it will contribute to a significant change in mining activities.”