Machines are becoming more and more automated, and at the same time more connected to each other. This connectivity reduces distance and time to a minimum, making communication between machines and humans faster than ever. Some say we are on the verge of a fourth industrial revolution. So how should we react?

The term “fourth industrial revolution” was not totally new. But it was in January 2016, at the World Economic Forum’s meeting in Davos, Switzerland, that the concept became a catchphrase. In his opening speech, the forum’s founder and executive chairman Klaus Schwab said: “We must develop a comprehensive and globally shared view of how technology is affecting our lives and reshaping our economic, social, cultural and human environments. There has never been a time of greater promise, or greater peril.” These were big words, optimistic and scary in equal measure, and the meaning was clear: We are standing on the brink of a revolution unlike any other. And it will affect all aspects of our daily life. 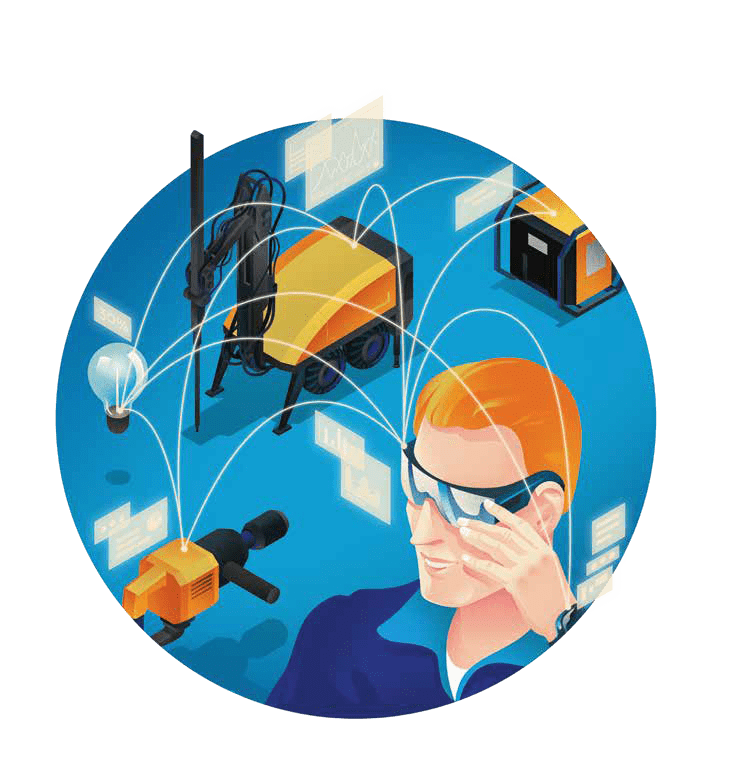 And now, through artificial intelligence, advanced robotics, big data and extreme connectivity, we are entering a new phase. When machines are connected to each other, sharing data, time and distance are no longer a hurdle. Instead, instant communication will be possible globally and universally. In the best scenario, this will mean a democratization of the way we communicate. But it also poses challenges for industries and their workforces – not least for a traditional heavy industry like mining operations.

INDUSTRIES WILL BE digitalized and will need to find new business models, and the workforce will also be affected. There is a risk of job losses when it is highly skilled people that are needed for operation, but also an opportunity to educate and upskill people. Equally, there is an opening for a highly skilled maintenance crew when much higher reliability is required for automated, unmanned production systems.

Klaus Schwab describes the development of the fourth industrial revolution as “a tsunami”, which definitely sounds dramatic.

However, not everyone agrees. Yes, a lot of things are happening as industries and physical manufacturing become integrated with the Internet of Things. At the same time, the changes might not be so fast, and for the mining industry, the changes might be all for the better.

Håkan Schunnesson, a professor at Luleå University of Technology in Sweden, is one of those working hands-on with this development in his research on Mining and Rock Engineering.

“The real challenge is to retrieve the right data and use it in a valuable way in the production process. 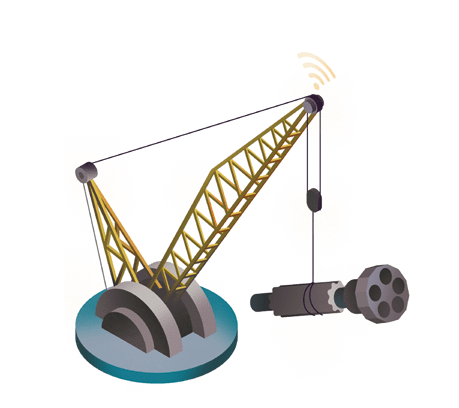 He is thrilled by the possibilities, but does not expect a quick overhaul of the industry. “This has been going on for a number of years. We are working with new technology applied in a new way, but nothing will change overnight the way it almost was with the Spinning Jenny, for example.” he says. “Just because there’s talk of the fourth revolution we shouldn’t be misled into believing that there will be shortcuts or that things will be solved by some kind of magic. It’s a slow development where people in the industry need to learn new processes.”

STILL, THE POSSIBILITIES to change and modernize the mining industry are bright.

All the mining processes – such as drilling, boring, blasting and loading – will be affected by new digital processes that will increase productivity, and the data generated will also help safety and environmental work.

“We are working on data-logging for many different types of mining equipment, both above and below ground,” says Schunnesson. “With drilling data we are able to predict ore quality, locate ore boundaries and have the opportunity to measure the geomechanical features of the surrounding rock mass.”

THAT WAY MINING COMPANIES will be able to let lithology and ground conditions improve resource efficiency and mining economics. Unit operations, such as blasting to predict fragmentation, will also be improved and will be carried out long before starting the downstream operations. All thanks to machines being connected to each other. But a revolution?

“Well, connecting machines is just the first step,” says Schunnesson. “They generate incredible amounts of data, and that is excellent. But the real challenge is to retrieve the right data and use it in a valuable way in the production process. It will be some time before we are there.” 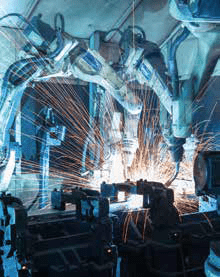 The Internet of Things: A network of physical objects with embedded electronics that enable the objects to share data. Includes smart home appliances, like connected refrigerators, or heart monitoring fitness bands.

The Industrial Internet of Things:

Draws together fields like the Internet of Things, big data and machine learning to analyze data and use it to adjust operations. This could concern the oil, gas or mining industries, power generation or healthcare. The Industrial Internet helps operators to optimize productivity or detect a failure before it occurs, and it can deliver powerful financial outcomes. The more machines, systems and devices that are connected, the more data and valuable insights we will get. 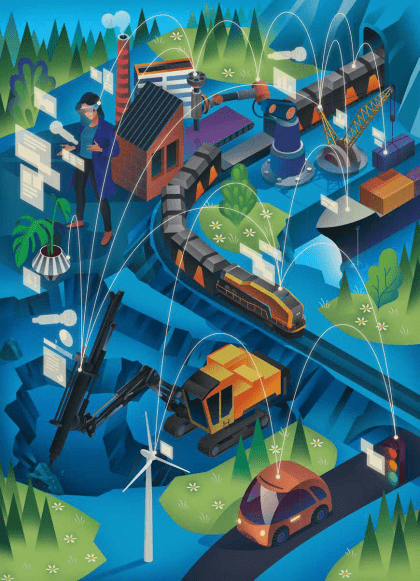