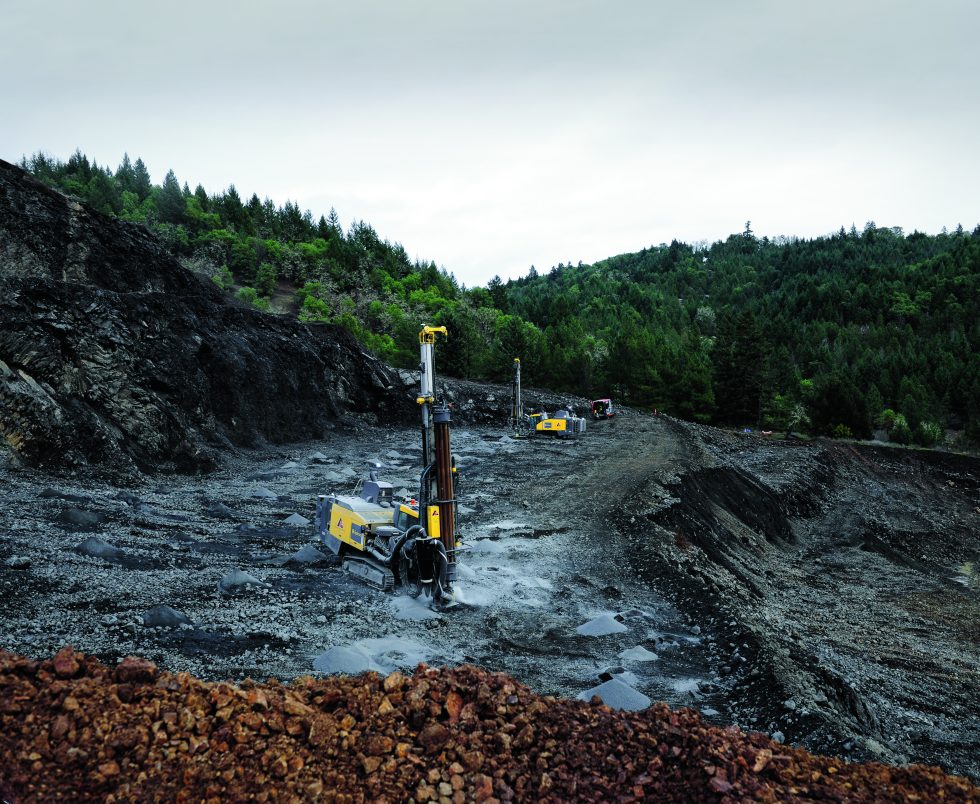 The road from Eugene airport to Springfield runs through rolling hills with luscious dark green silhouettes of pointy evergreens – an unmistakably recognizable Oregon landscape. It’s humid and slightly chilly. Further south, a highway leads to a country road that meanders up a hill and stops at the Roseburg quarry.

Two Epiroc SmartROC drill rigs are drilling in the distance, but run by operator Jay Lawhon from a BenchREMOTE operator station approximately 75 meters away. “This is 100 percent better than anything I’ve run in the past,” Lawhon says, having spent a few months behind the BenchREMOTE. “Other drills used a lot more fuel.”

The SmartROC D65 uses intelligent control of compressor load and engine rpm for fuel savings. Lawhon says transitioning to operating two rigs from a distance wasn’t difficult. “I’ll try anything to make my job more efficient,” he says. “Once you get your timing down, it is easy. While one rig is drilling the hole, I move the second drill to the next spot and get that one started. Then the process starts again.” 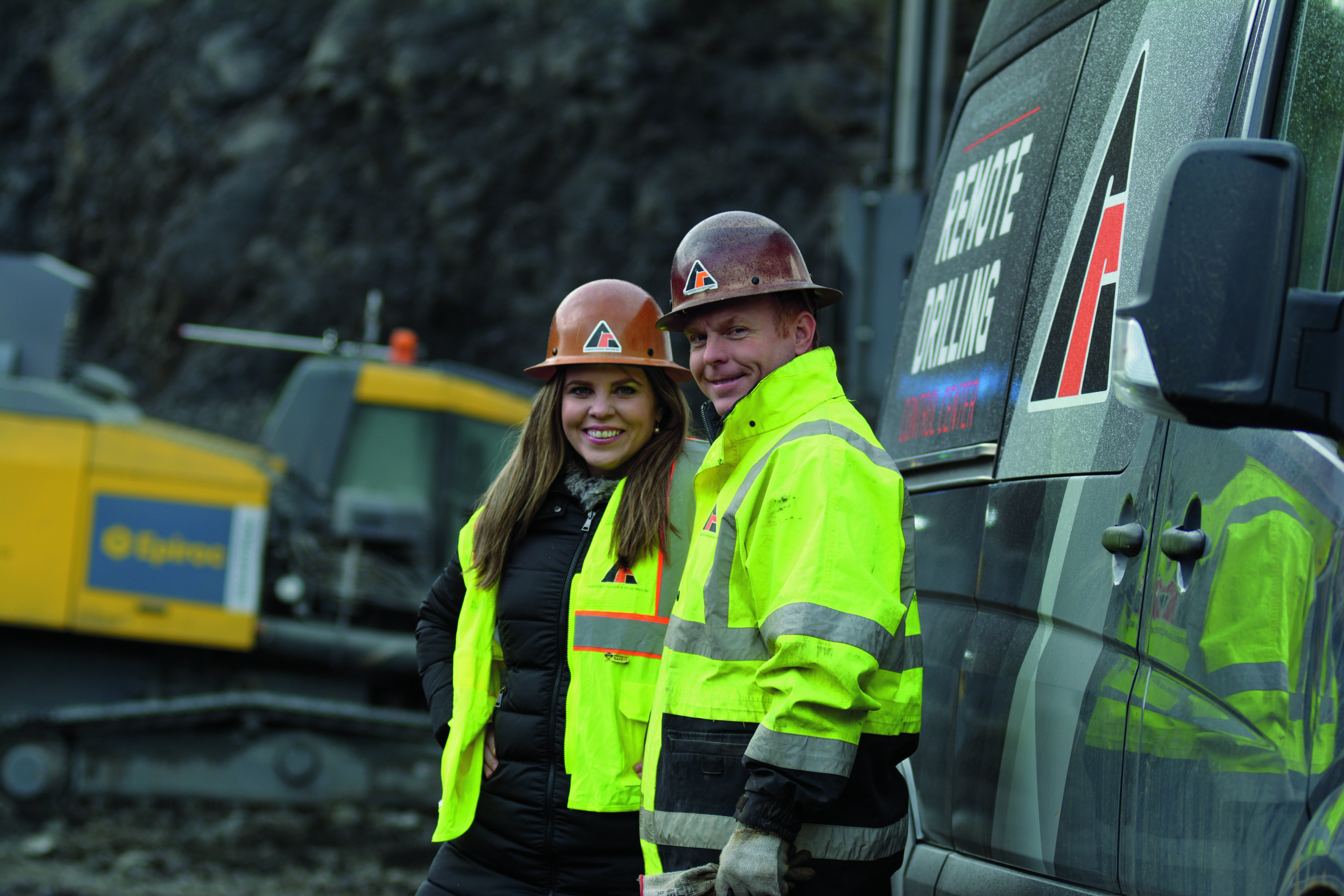 We are outside of Roseburg, one of 200+ locations served by Aggregate Resource Industries Inc. (ARI), a drilling and blasting company based in Springfield, Oregon. ARI has been owned and operated by the Jeremiah family for more than four decades. Many years ago, founder Bob Jeremiah made a critical business decision that led to the company’s evolution. The industry was largely segregated between drillers who bored holes and blasters who loaded and detonated the holes with explosives, but ARI chose to combine those services. It was an innovative move that paid off, and business innovation is still in the company’s DNA.

The siblings recently explored increasing automation technology with remote drilling, partnering with Epiroc to enhance operational productivity as well as safety. A watershed moment was the implementation of the BenchREMOTE, a remote operator station that can simultaneously control up to three Epiroc Smart surface drill rigs from a distance of up to 100 meters. ARI became one of the early adopters, using it in a quarry. 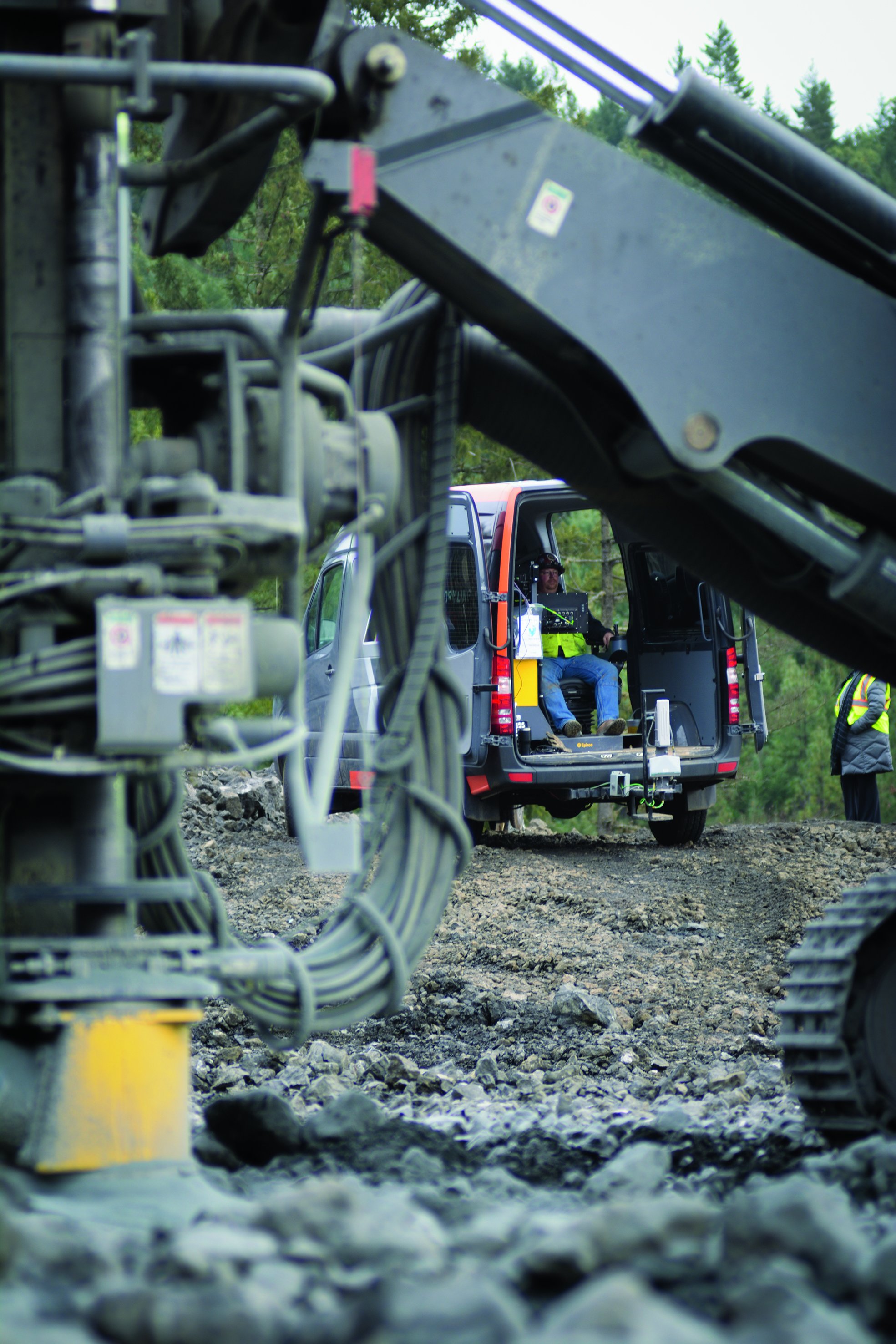 “In order to get the best mobility on site, and across the large service territory, we set up the BenchREMOTE in a van. We are using it on our SmartROC D65 drill rigs, which are moved between many of the locations where we operate,” says Kris Jeremiah.

Thanks to the BenchREMOTE, productivity and efficiency has increased, and the working environment for the operators has improved. “The remote drilling has allowed us to leverage our experienced, qualified operators to be able to run multiple drill rigs at the same time on job sites,” says Kris Jeremiah. “It keeps our operators a safe distance away from high walls and faces, while giving additional production to our fleet.”

Jay Lawhon confirms that he has nearly doubled feet drilled per day with the two rigs at all the sites he’s taken the rig to. He prefers to run the BenchREMOTE on the same level as the rigs rather than rely solely on cameras and an automated site plan. Also, Lawhon appreciates the noise reduction when working from the BenchREMOTE in the van with the doors shut. “And I’m out of the elements for longer periods, so that’s a big plus,” he says.

For ARI, high-tech drilling with the SmartROC D65 rig starts with Epiroc’s Hole Navigation System (HNS), which makes setup and planning faster and more precise. Operators and surveyors don’t have to work outside in potentially dangerous areas, because the site has been pre-planned. A blasting engineer plans the site based on drone surveys input to Strayos blast design software, which optimizes hole layout using a Global Navigation Satellite System (GNSS). The plan is sent right to the SmartROC D65, which adds rods and extracts them automatically when it reaches depth. When drilling and blasting is completed, and even during the process, data tracking is a key part of ARI’s strategy. Thanks to the Certiq telematics solution that comes on some Epiroc rigs, analysis is simplified as ARI can log in at any time and check on productivity. “With Certiq, if there’s an issue, we can troubleshoot remotely, which is great for the size of territory that we cover,” says Kris Jeremiah. As the rig ages, Certiq will help ARI plan for downtime or maintenance. 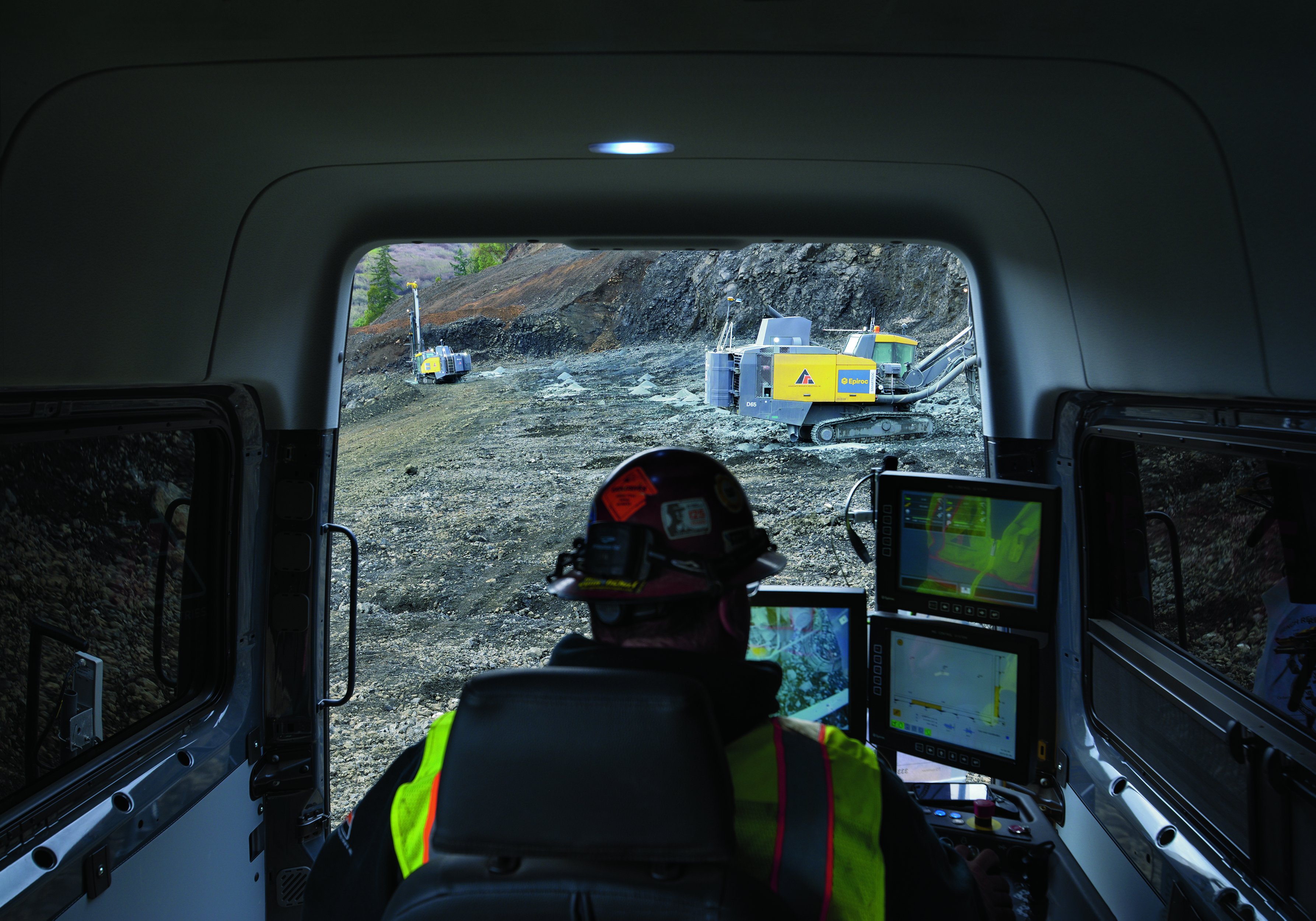 Passionate about technology, Kris and Katie Jeremiah share their vision for ARI. In the future, they see having a control room, where a completely new type of professional – teleremote drillers – run remote operations in the field, right from the main office. “We anticipate a work environment where people with advanced video gaming skills will make ideal drill rig operators. Instead of joysticks, they will operate real equipment running in the quarry. Drilling is no longer about being out on site all day,” says Katie Jeremiah.

Keeping employees happy played a part in looking to the latest technology. “Drillers are embracing the technology,” she continues. “When they learn it, it becomes pushbutton – makes them proficient in a short period of time. Giving our operators the tools to do their best helps us with employee retention.”

While technology simplifies an operation, automation is the future of managing a modern fleet. “An operator is human and has limitations and good and bad days,” says Kris Jeremiah. “The automatic drill doesn’t have those same days. We are taking distraction out of the equation. Get on the pattern, and automation can work all day.”

The Jeremiahs are already thinking of even greater automation – and fully autonomous drilling is not out of the question. It will come in steps. The next is off-site teleremote drilling operations from a control station anywhere in the world. For ARI, the current state of the art is a moving target. And they will be happy to sit at the controls.

ARI success is rooted in its agility and in its quick adoption of technology that empowers the company to optimize results and maximize efficiency of personnel, machinery and consumables. ARI trusts and relies on Epiroc and partner Modern Machinery to maximize uptime through reliable equipment and provision of consumables, and to drive rapid development and implementation of technology critical to future success.