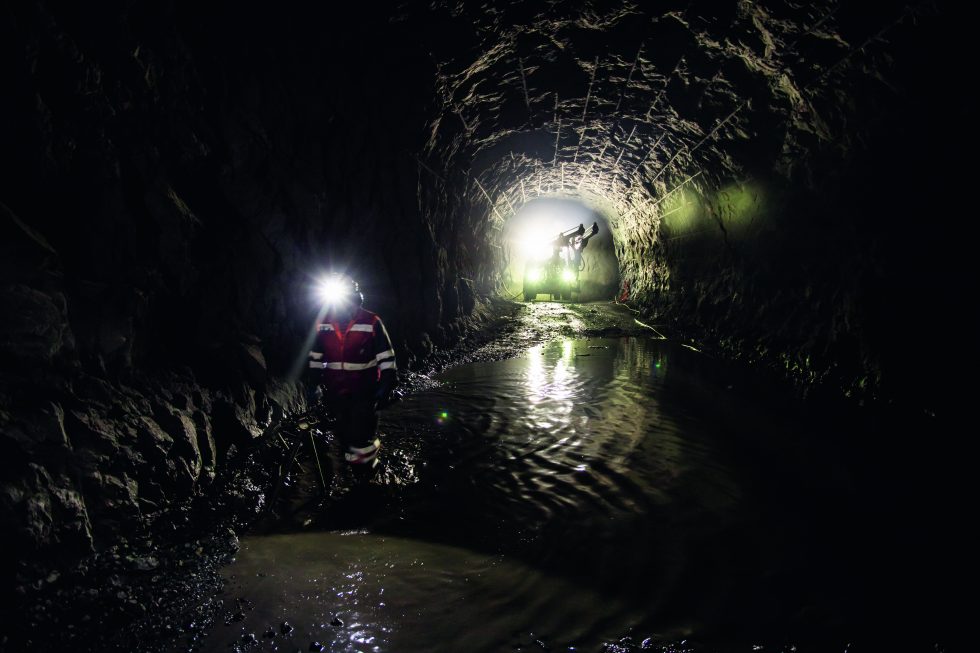 Digging deep to become a Mine 4.0

In a dark tunnel in northern Chile, inside a mountain, two monstrous beasts growl as they prepare to engage. A Minetruck MT65 truck lies in wait in the darkness waiting to be fed, and a Scooptram ST18 loader bellows as the yellow giant lumbers into view like a prehistoric beetle, lighting up the tunnel.

The other behemoth roars into life and emerges from the shadows, while the Scooptram dumps tons of rock. Meanwhile on the surface, a woman monitors the maneuver on her screen. Sensors on the truck indicate the 65 metric ton weight limit has been reached and is loaded correctly; the driver is ready to start his 30-minute haul back to daylight.

This is just one of the processes that Pucobre, a medium-sized miner operating three deposits and two processing plants near Copiapó in Chile’s northern Atacama region, has benefitted from as it seeks to become a 4.0 Mine.

What started out as an agreement with Epiroc in 2017 to replace its fleet with 20 larger capacity Minetruck MT65 trucks and six Scooptram ST18 loaders, quickly led to new ideas to streamline the operation and a new type of strategic partnership, unique in Chile.

“We decided to go for Epiroc’s proposal because we could increase our production,  maintain costs low, remain safe and competitive and be a more sustainable company over time, irrespective of the fluctuations in copper prices,” said Sebastián Ríos, CEO of Pucobre. “The proposal also included estimated costs in spare parts and fuel consumption parameters that were comparable with what we already had, but with the increased production and use of technology that would bring our costs down,” Ríos added. 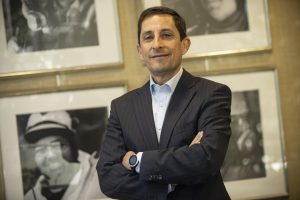 Encouraged by Epiroc, Pucobre decided to adopt Rapid Mine Development (RMD) – also called High Performance Development, a method for the full development cycle, which starts with drilling – for making high quality tunnels, faster. That led to the purchase of four of the latest Boomer face drilling rigs and three Simba production drills.

Pucobre then unveiled a three-year development plan (2019–2021) to boost productivity by 40% and reduce costs by 25%. KPIs were established with Epiroc to monitor effectiveness of the new equipment, and Pucobre overhauled its organization.

The miner adopted a four-pronged approach based on: Short Interval Control (SIC), which is a structured process that measures a large amount of production data and parameters at short intervals to identify in real time opportunities for improvement, new technology, autonomous and teleoperated vehicles, and a long-term view of the working life of  machinery.

Pucobre’s new Minetruck MT65 trucks carry 25 metric tons more than their predecessors. That has required some modifications to the tunnels. The previous trucks had to be replaced every two and a half years, whereas the Minetruck MT65 trucks are designed to last for nine. This has required a change in mindset, taking extra care of the machines and applying timely and predictive maintenance. Also, the drivers had to be retrained, since the cabin is on the left side. To address these issues, Epiroc established a maintenance workshop in their new branch in Copiapó, and Pucobre set up a top notch training facility.

“We had to train our drivers using Epiroc simulators, which helped a lot. For us, change management is about how we could change conditions, attitudes, roles and responsibilities, to capture the benefits of this new equipment,” said Victor Domínguez,  Pucobre’s head of mine development operations. 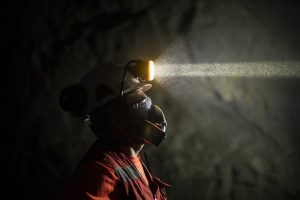 Pucobre has already increased mineral extraction from 300 000 metric tons to 460 000 tons per month. Female truck drivers now represent 25% of the total and are highly valued as they drive slower, have fewer accidents and take greater care of the machines.

Descending into the darkness of Punta del Cobre, the largest mine, we drive past walls lined with water pipes, fiber optic and electric cables to where a Boomer S2 is hammering the rock. This face drill rig has a navigation system that allows for longer rounds and higher accuracy blasting than manual rigs. This means reduced overbreak and underbreak and a minimum amount of scaling. Data analysis of drilling indicates whether there is deviation that requires correction.

“You maximize the operation. Progress is more effective, execution time is reduced, and we are fulfilling our monthly operational goals,” said Boomer S2 operator Luis Herrera.
With the new machinery, his team is close to hitting 95% of their mine development target. 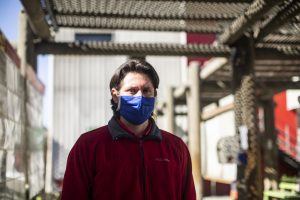 A few galleries up is a Simba E7 rig for long-hole drilling. Fitted with ABC Total, operators can program a drilling pattern and let the vehicles operate autonomously while they are at lunch or on shift changes. Simba rigs are spearheading Pucobre’s drive to automation, and most of the rigs are expected to be operating semi-autonomously by next March, according to Mine Operation Superintendent Hilario Arce.

In 2019, a new collaboration agreement was signed with Epiroc to digitize the mining operations, developing an integrated information management system, using the capabilities or 6th Sense mine management solution and other task management and reporting features developed by Pucobre. A new Mining Operations Center was built on site and incorporated Certiq, Epiroc’s Fleet monitoring system that gathers, compares and communicates vital equipment information to the surface.

Inside the Mining Operations Center, people with headphones look at a wall of screens showing different data.

“This is the brain of the organization,” said Dominguez. “With 6th Sense solutions from Epiroc and Pucobre’s own systems, we monitor and control operations that we can’t see, that are far away. It ‘lights up’ the mine and tells us what is happening elsewhere,” he says, adding that previously it could take hours before he was informed of a deviation in the production plan and could implement a corrective action. 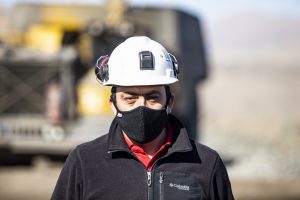 In an adjacent building, a man moves a joystick in front of a screen. He is piloting a teleremote control of an LHD loader located hundreds of meters below ground that pushes rock into piles in the stopes. Likely to become a new standard in all Pucobre mines by next year, loaders and other machines will be able to continue to operate when drivers are not present.

All of the data channeled through this technology is essential for the success of the Short Interval Control (SIC) concept, which has seen engineering weekly preparing detailed planning for 48-hour periods. Operations now have to control progress in shorter periods, per minute, per hour, or per shift in order to be able to respond in real time.

According to Hilario Arce, Pucobre is advancing well towards meeting its three-year goals.  Two of the mines, Punta del Cobre and Granate, are already operating 100% with Rapid Mine Development. In regards to the partnership with Epiroc, he says, “I recommend it. With clear rules, responsibilities and KPIs, there has been a commitment on both sides. It has been a very good experience, and the results show it.”

Pucobre has been deploying different generations of
Epiroc rigs for tunneling since the 1980s. The addition of
Scooptram ST18 loaders and Minetruck MT65 trucks is
the first time Pucobre has used Epiroc loaders and trucks,
and the replacement of its entire fleet shows enormous
trust. The close partnership involving on-site training
with simulators and maintenance is unique in Chile.
The decision to adopt Rapid Mine Development and the
collaboration agreement to digitize Pucobre’s mining
operations cement this long-term strategic relationship
and could be repeated in operations elsewhere in Chile.