With thousands of soccer fans heading for South Africa for the 2010 World Cup, transportation has become a hot topic of discussion. All eyes are on the new rail link now being built known as Gautrain – and on the contractors who have only two years left to go before the deadline.

The new, 80-km high-speed, mass transit rail system now under construction in South Africa’s Gauteng Province is a high-profile project that has become a talking point across the nation.
The system will ultimately link Johannesburg and Pretoria (and/or Tambo International Airport) and will help to relieve the traffic congestion on the roads between the two cities.

But even more importantly, the pressure is on to complete the link in time for the world cup soccer championship. As a result, the Bombela Consortium (which was chosen to build the system over a four-and-a-half year period), is in the media spotlight along with the drill-and-blast specialist Eire Contractors. 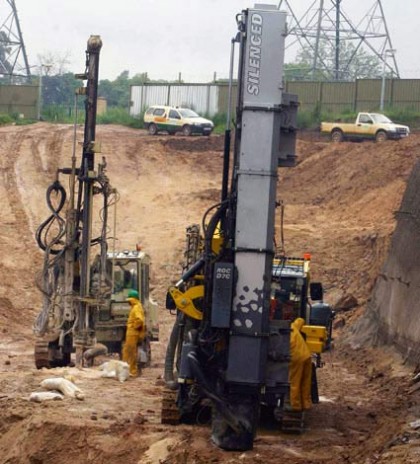