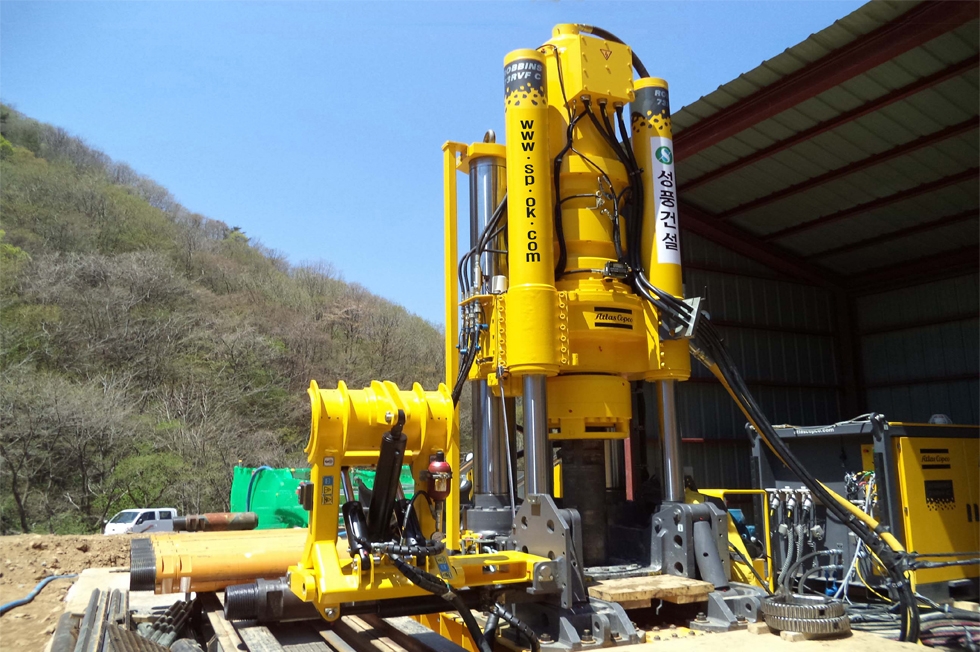 As the winter Olympics in Sochi came to its spectacular close, athletes and sports fans alike were already setting their sights on the next Olympian challenge – and so were the engineers and ventilation specialists at SungPoong Construction. The Winter Olympics 2018 are to be held in PyeongChang, South Korea,  and a new super highway will enable  the world’s sports fans to travel to and from the venue quickly and safely.

One of the key elements of the project is the construction of the Inje Tunnel, which at 10.9 km long will be the longest road tunnel in the country.

According to the plan, the super highway  which runs from Seoul, the capital, to Yang Yang in the east, will dramatically reduce the time it takes to drive to PyeongChang from 4 h to just 1.5 h.

Situated in the northern province of Inje in the mountainous region of Kangwondo, the Inje Tunnel is on track to be completed in 2015. Excavation is by drill and blast using NATM (New Austrian Tunneling Method), and while this is a major challenge in itself, the job of installing the necessary ventilation system has been nothing less than an Olympian achievement.

SungPoong Construction, Korea’s leading company in ventilation and shaft applications, was awarded the contract to install the ventilation which comprises of two shafts, 212 m and 307 m long,  spaced 4 km apart. The shafts are 3.1 m in diameter and will later be enlarged to 10 m in diameter.

For this job, SungPoong Construction has used what is probably the most sophisticated raiseboring equipment in the world. This consisted of:

The Robbins 73RVF C is the most energy efficient raiseborer in the Atlas Copco range. Its RCS control system provides total control of speed and torque, and built-in break resistors eliminate the risk of backspin.

The compressive strength of the rock at this site varies from 200 to 350 Mpa with less than competent formations. However, the variable speed drive on the raiseborer optimizes the operating performance irrespective of the rock conditions. This means that the machine’s drillstring always utilizes its full torque capability.

The Magnum cutter, which made its Korean debut at the Inje Tunnel, features the roller-ball-roller bearing system, large, carburized bearing races and an optimal cutting structure for long cutter life.

Kiman Cho, Project Manager for SungPoong Construction, was clearly pleased with the results. “I think the Magnum cutter is amazing,” he says. “It has a three to four times longer service life than any cutter I have ever used before.”

After working round the clock to complete the shafts, SungPoong’s engineers filed the following work report:

Project Manager Cho explained that these positive figures were achieved thanks to very few breakdowns, thereby keeping downtime to a minimum.

Mattias Calleberg, Atlas Copco Service Engineer, takes up the story. “The site preparation on this project is the most impressive I have ever seen,” he says. “Generally speaking, SungPoong Construction has successfully completed two very accurate holes at the Inje Tunnel with good penetration rates and very little downtime. This was in spite of dirty water caused by clay between two layers of granite that has affected the bailing pump, and several rock bolts that had been left in the tunnel roof. Normally it is no problem to cut through anchor bolts, but one of these had an anchor plate that we were unable to drill through, so it had to be removed. After that, everything went smoothly.”

Expressing his satisfaction with the result, Jinpyo Kim, Purchasing Manager of SungPoong Construction, concluded: “Our team was able to finish this tough job with optimum drilling conditions, despite non-competent and hard rock. This was largely due to the speed and torque control system of the drive motor on the 73RVF C, which also relieved the burden on the drillstring. Furthermore, the machine was easy to set up and troubleshoot, and this also contributed to increasing the uptime.”