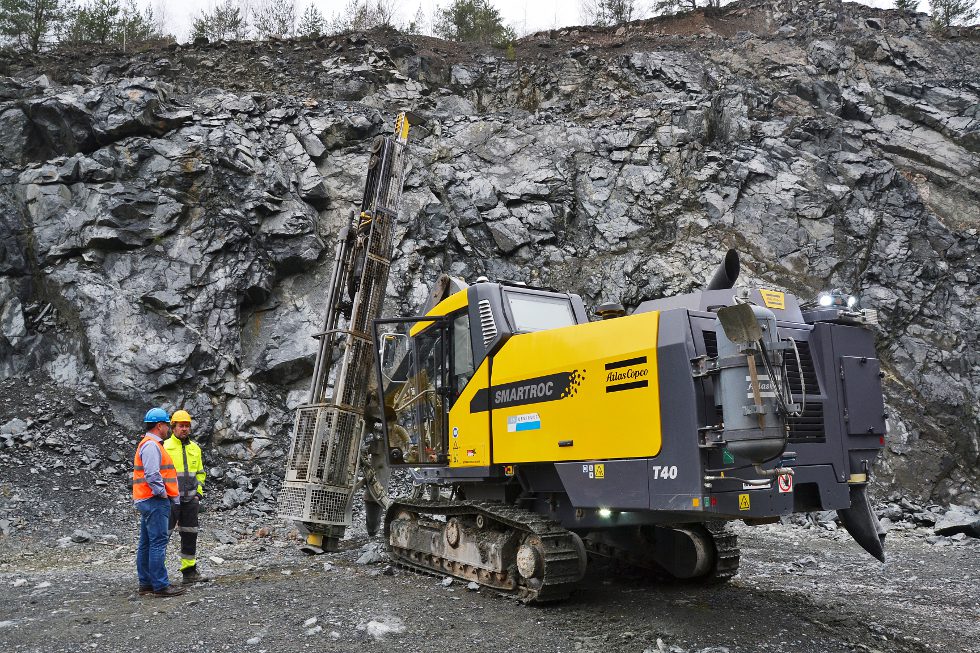 Surface drilling
A new SmartROC T40 from Atlas Copco goes to work: Contractor CB Destrukce’s CARE agreement means that it does not have to worry about the availability of the machine.

CARETAKERS of the Czech Republic

CB Destrukce of the Czech Republic is one of the country’s top ten contractors providing drilling and blasting services for the construction industry – and it’s all about CARE.

Czech drilling and blasting specialist CB Destrukce is celebrating its 25th year in the industry this year following a record 2015. Founded in 1991, the company made its name in small scale quarrying, later moving up to large-scale mining of raw materials for the construction of roads, highways, railways and pipelines.

Last year, it recorded a record 300 000 drillmeters – its best performance ever – and has expanded its equipment fleet with two new SmartROC T40 rigs, backed up by an Atlas Copco CARE agreement – a combination that helps the firm to live up to its brand promise of quality and reliability.

M&C asked Jan Šebor, owner of CB Destrukce, why the CARE agreement is so important. “We used to have a servic e contract with Atlas Copco for the ROC F9C, but at that time it was a full contract,” he said. “We wanted to change it for the future, so with new machines we decided on a more flexible service solutio n and CARE was the best choice.”

He continues: “What convinced us was the professional way Atlas Copco takes care of its machines. We used to do the service ourselves, but the results were never as perfect as with Atlas Copco.”

Since the CARE agreement has been in place the company says there has been no downtime and every job has been carried out on time. “That’s what differentiaties us from our competitors,” he says.

But the most important aspect for the company is the fixed cost. “Every month we pay a fixed price for the contract and we don’t have to worry about any unpredictable failure which might cause a big problem for our customer and for us,” Šebor explains. “We calculate this as price per drillmeter and it enables me to plan for the current year as well as for the following year.

“As an owner, it is important for me to know the costs in advance. If I can plan better, I can be more competitive.”

Another big advantage, he says, is peace of mind. “We don’t have to worry about a rig breaking down in high season, causing huge losses for the customers, and for us. The contract gives me reassurance that the rig is under control, that all preventive maintenance is done at the right time.

“Also, as the contract is directly with the manufacturer, every repair is prescribed with original spare parts which means you can rely on them and don’t have to be afraid that something will break down and cost more money.”

Šebor makes it clear that previous attempts to save money on parts did not succeed. “We have our own service center with our own technicians and we previously did the service work,” he says, “but the quality and reliability did not compare with having a machine under a CARE agreement.”

Šebor says he is convinced that the results achieved thanks to the CARE agreeement has enhanced CB Destrukce’s reputation in the market and helped the company to win new contracts.

He continues: “It is not only a case of being reliable. When the machine arrives at the quarry, nobody wants to have to start repairing it, as some of our competitors do.

“The biggest fear for a contractor is that the operation has to stop because that affects productivity. Everything starts with the drilling and if it is not done on time, blasting, loading and everything else has to be postponed.

“So drillers like us are really in the front line. Thanks to new machines and CARE contracts our losses are small, the jobs are carried out as planned and we can keep our promises.”