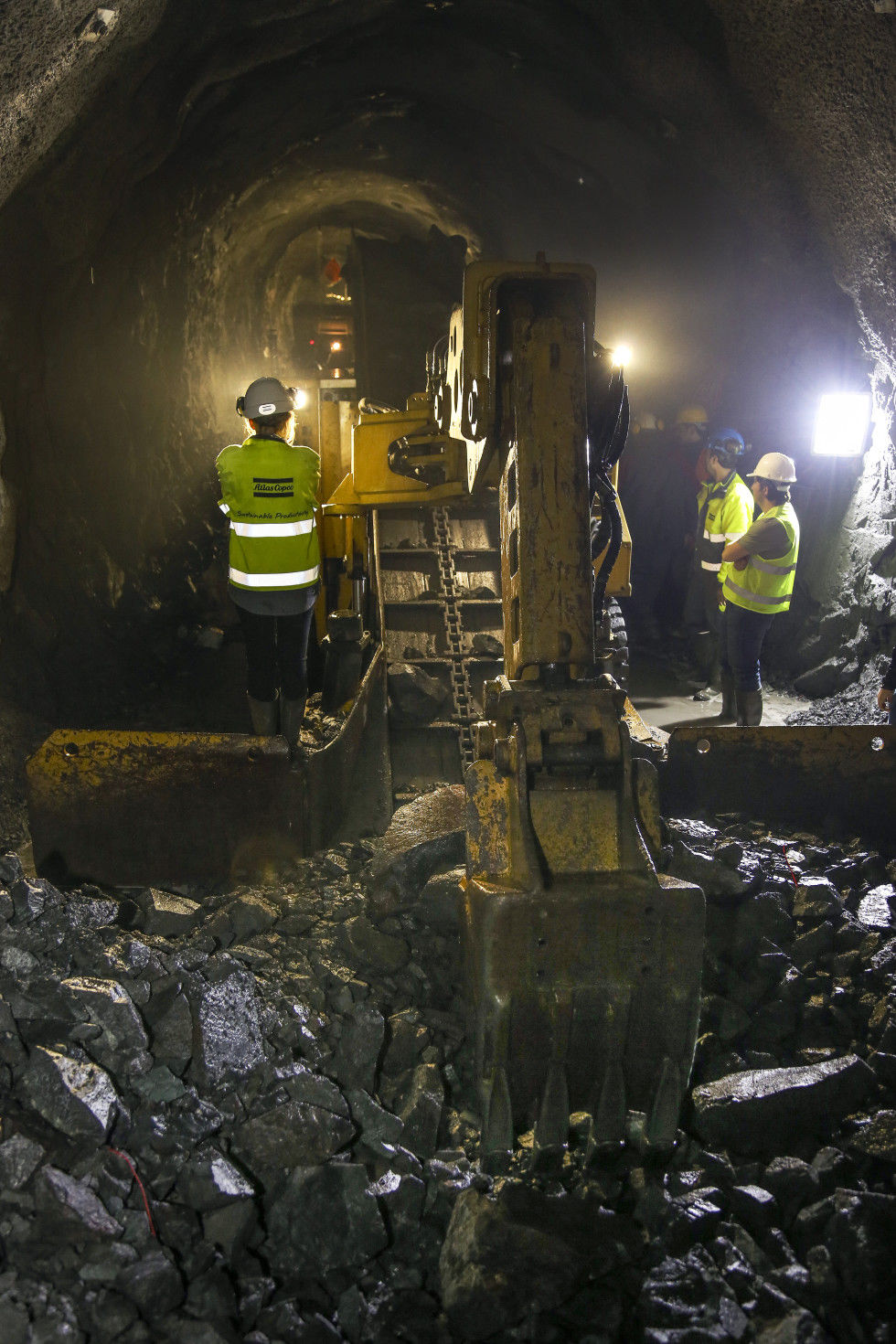 Hydro power and Dams
Engineers working on the new Shuakhevi hydropower plant in Adjara, are confident it will be completed according to plan – and they have a good reason to be optimistic.

Engineers working on the new Shuakhevi hydropower plant in Adjara, Georgia, are confident that the project will be completed according to plan – and they have a good reason to be optimistic.

The Autonomous Republic of Adjara, in the south corner of Georgia, is virtually unknown outside of the region. Next year, however, a new energy project will place it firmly ‘on the map’.

Bordered by The Black Sea to the east and Turkey to the south, this small but independent enclave will host the opening of the new Shuakhevi hydro power plant – the largest private investment ever in renewable energy in Georgia.

The project, which will cost an estimated USD 400 million, has been taking shape in the Adjarian highlands since 2013 and has been made possible through an international cooperation.

Funding has been provided by global investors and the company in charge is a joint venture with India’s Tata Power and Norway’s Clean Energy Invest as majority partners.

Called Adjaristsqali Georgia LLC, the company takes its name from one of three rivers in the highlands that are being used to power the new plant. The 185 MW Shuakhevi powerhouse will produce 450 gigawatt hours of electricity annually. Georgia says it will reduce greenhouse gas emissions by more than 200 000 tonnes per year and pave the way for regional trade and development.

Shuakhevi is a BOT (Build-Operate- Transfer) project and a run-of-the river scheme, involving the construction of two dams and three diversion tunnels with a total length of about 40 km.

Turkish contractor, Age I·nşaat ve Ticaret A.Ş. (Age Construction and Trade Inc.) admits that it is a race against time to meet the completion date, but the feeling on the ground is optimistic. One of the reasons for this, explains Sezai Azizoğlu, the company’s Technical Coordinator, is the choice of loading equipment that is enabling the muck from the tunnels to be removed easily and quickly. This is thanks to the company’s Atlas Copco Häggloader units that are designed to remove waste rock with their built-in conveyor belts and deposit it directly into dump trucks at the rear.

This method of continuous loading was introduced here about one year ago and is said to have considerably speeded up the whole tunneling process. “I first saw the Häggloader in an
advertisement and I immediately felt that it would solve our problems,” says Azizoğlu. “It’s a nice machine, simple and effective and faster than the conventional loaders that we were using before.

“According to the specifications, the capacity of the Häggloader is 3.5 cubic meters per minute, but here the operators often reach four cubic meters per minute, which is very good.” Ömer Kuleyinoğlu, Tunneling Works Manager, adds: “We were investigating how to work faster, more effectively and more economically and we decided that the Häggloader could meet all of our needs.”

No need for niches

The electrical system means there is no carbon monoxide emission and even when the diesel power system is used, the emissions are substantially less than a conventional loader.

In addition, a lot of money is being saved as it is not necessary to create turning niches in the tunnel. “We have fewer people in the tunnel, the capacities of the loading operation has increased and the whole operation is faster,” says Kuleyinoğlu. “So in terms of logistics, these machines have many advantages.”

Today, both the Häggloader 7HR-B and the bigger Häggloader 10HR-B are in operation. Project Manager Nazım Kurdoğlu says he was aware of the Häggloader’s reputation for efficiency and felt convinced that they would speed up the operation. But he adds that the best results will be achieved if the whole system is designed according to the Häggloader’s operating principles.

Ömer Tiryaki, Equipment Superintendent at one of the four construction sites, confirmed that the Häggloader loads twice as fast as the previous loading method, especially in locations where the faces are further from the loading bays. Most of the faces are advanced at the rate of 1.5–2 km per month and more than one third of the tunnels have now been
completed.

Engineer Mete Han Erçelik explains that the company made the switch to Häggloader when the distance from some faces to the dumping bays had reached about 4.5 km. “At that point, we knew we had to make some improvements,” he said. Almost 40 blastholes are drilled in the tunnel faces using the V-cut technique but the amount of water coming into the tunnel has been higher than expected. This excess water has been problematic due to the presence of electricity cables inside the tunnel as well as electric discharge pumps.

In spite of this, Erçelik points out that the water conditions have not affected the performance of the Häggloader.

Another advantage is a water spraying system which helps to reduce the amount of dust in the air, and less dust also means that it is easier to reposition the drill rig for each new round which saves time.

The Häggloader can be equipped with dual digging arms or a digging bucket. According to Daniel Sandström, Product Manager at Atlas Copco, continuous loading in tunneling projects of this type involving long tunnels is “the best method by far” compared to conventional loaders.

He continues: “There are huge savings to be made through not having to create turning niches, not to mention lower costs for ventilation systems, diesel fuel and wear
and tear on tires. In addition, besides being more energy efficient, the Häggloader can
be used between shifts to perform other tasks such as scaling.”