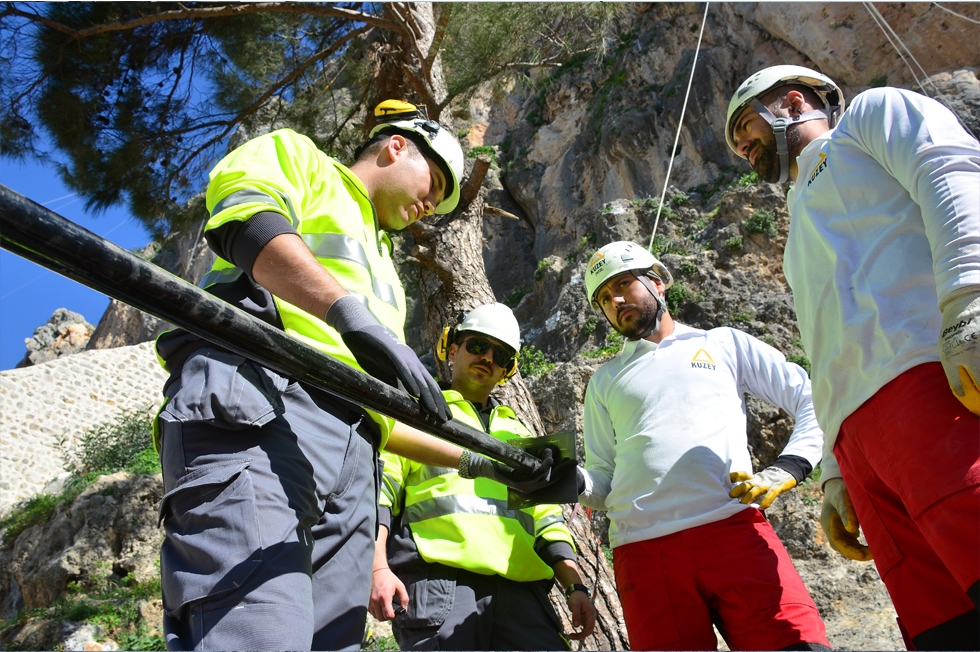 The Church of Saint Peter near the city of Antioch in southern Turkey, believed to be one of the very first Christian meeting places, has been spectacularly saved for future generations with the aid of modern rock bolting technology. From a distance, the cave in the side of Turkey’s Mount Starius, close to the Syrian border, looks no different to the many others that are found in this part of ancient Europe. However, this one is no ordinary cave.

Measuring 13 m deep, 9.5 m wide, and 7 m high, it is believed to be one of the first founding churches of the Christian faith and a place where none other than the first apostle, St. Peter, once preached the gospel.

What is known for sure is that the site, which now has walls, colonnades and an altar, was established as The Church of St. Peter in the 4th century.

Today, it is a museum and one of the most popular tourist attractions in the country, but in recent years it has been subjected to frequent rockfalls which threaten to destroy the church for all time.

To save and protect this iconic site, a spectacular rescue operation was recently carried out in order to eliminate the immediate risk of more rockfall and to secure the mountainside for as long as possible.

Suspended from climbing ropes high on the mountainside, they drilled a series of 48 mm holes into the rock face with Atlas Copco drill bits, using stabilizer bolts on the rock drills to prevent deviation. Each hole took approximately 10 minutes to complete. Atlas Copco Swellex rock bolts were hoisted up the rock face and inserted in the holes. Next, a Swellex pump was hoisted up and used to inflate the bolts. The total installation time was about five minutes per bolt.

A compressor on the ground provided pressure of 7 bar, but at the top of the rock face this dropped to 4 bar so the pressure of the Swellex pump had to be increased to 300 bar. Water with a pressure of 2–3 bar was pumped up and it was then possible to inflate the bolts to fit tightly in the holes, taking just a couple of minutes per bolt and giving immediate support to the rock mass.

In this way, the section of the rock face that posed the greatest danger to the church was stabilized.

To achieve this objective, the mountaineers needed only 25 plastic coated Pm24 Swellex bolts, 3 m and 3.6 m in length. As soon as the bolts had been inflated, they provided immediate support to the weight of the rock mass and, on some sections, wire mesh was also used.

According to Fatih Tomba, Site Manager, the possibility of further rockfall has been averted for at least the next 50 years. “We came here to clean up the surface of the mountainside and found that there were huge sections of rock that were in danger of falling at any moment,” he explained. “It obviously needed immediate attention.”

In Tomba’s view, there was no alternative to the Swellex bolt, saying: “It was the only rock bolt that could do the job properly. If we had used standard rock bolts I think they would have come down along with the rock mass. Due to the inflatable design and immediate support capability of the Swellex bolts we are confident that this won’t happen.”