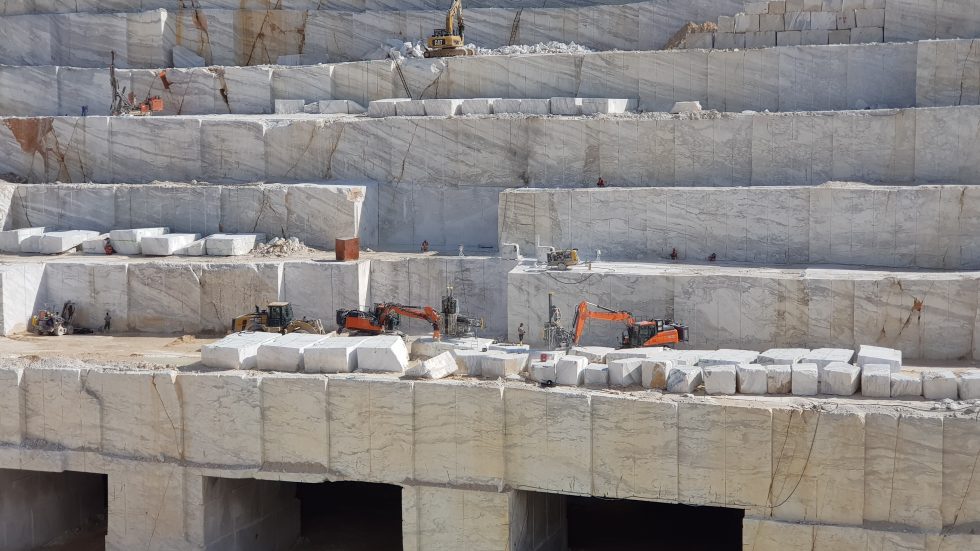 On the mountainside of Falakro, near Drama in the northeastern part of Greece, a unique collection of quarries are located. A total of four connected quarries make up the largest operation of the dimension stone industry company, F.H.L Kiriakidis Group.

Here, they extract the beautiful Volokas marble all year around. This stone is named after the nearby village of Volokas and the surrounding area is known as “the Carrara of Greece”, the reason for this is the perfect whiteness of the marble being quarried here. With strands of brown and light grey interspersed in the stone it is highly appreciated in the dimension stone industry.

F.H.L Kiriakidis Group controls around 50% of the total Volakas marble production worldwide. This is largely thanks to the optimized setup of operations and infrastructure. For example, the four quarries are connected to each other and although they are mainly of open-pit type, the marble is also extracted from underground tunnel excavation. This adds significantly to the total output. Another beneficial factor is that the quarries are connected to the national road network with asphalt streets. This allows for the stone to be processed, loaded and shipped straight from the quarry to the Thessaloniki port and from there to the rest of the world. The numbers clearly show that this is a high capacity dimension stone producer; 9 000 containers of marble blocks are shipped every year. This equals to approximately 70 000 m3 of marble. 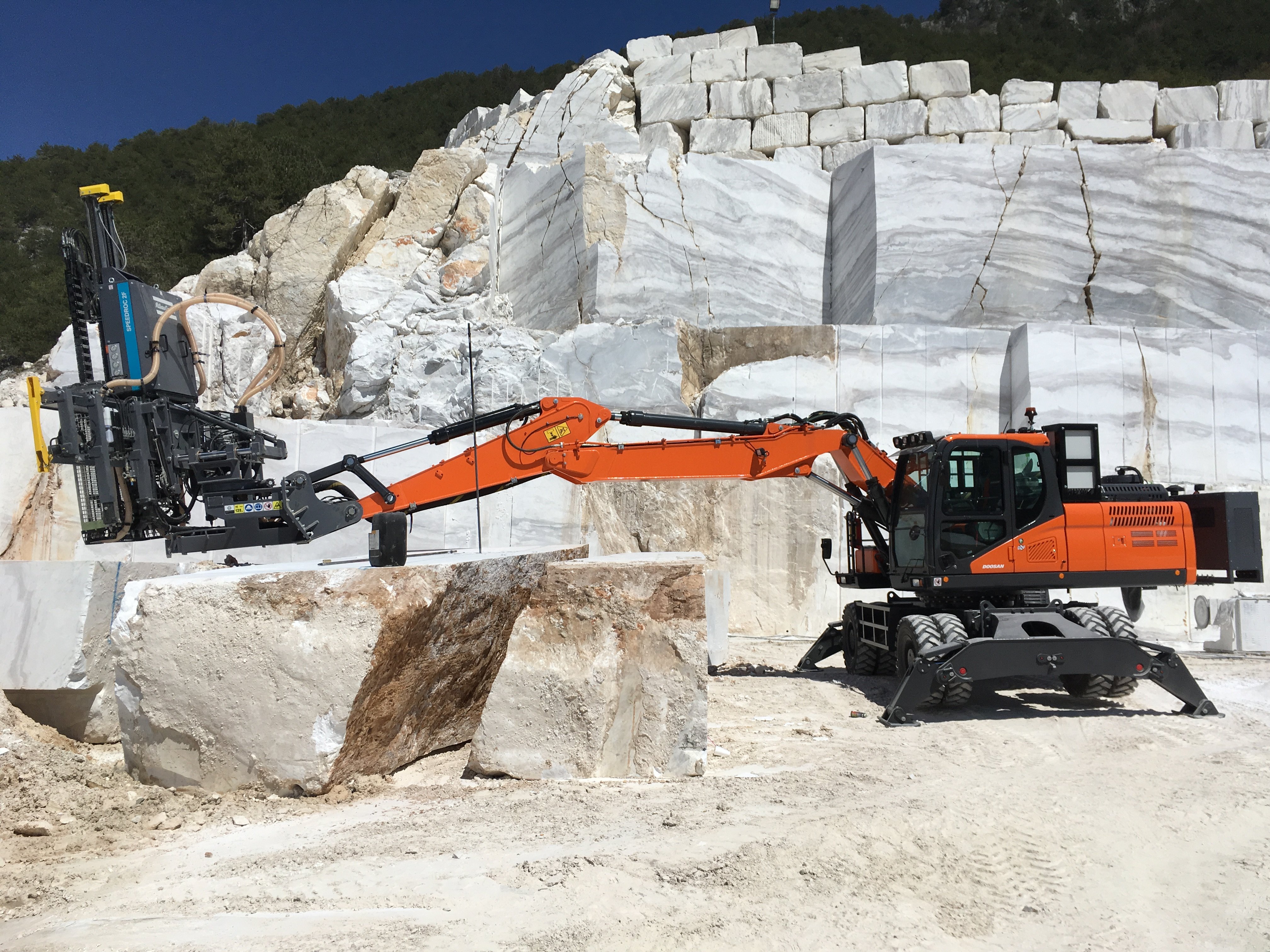 To run four DSI quarries at this level of output, demands equipment that can deliver the highest productivity possible. That is why F.H.L Kiriakidis Group turned to Epiroc when they were to expand their fleet of drill rigs. In March of 2017 the company received a SpeedROC 2F and the company now had the chance to really put this DSI drill rig to the test. Only two months later the verdict was in – an order of two additional SpeedROC 2F rigs was placed. Simply because the results exceeded all expectations.

The SpeedROC 2F is equipped with two 10 kW rock drills mounted on a rail bar. Together with an advanced Electronic Control System (ECS) a long service life of the drill steel is maintained. A Doosan carrier in combination with well-proven parts such as compressor from Atlas Copco, dust collector and control system results in very low fuel consumption.

One of the SpeedROC 2F operators in the Falakro quarry, Christos Gravalos, comments:

“SpeedROC 2F is the necessary tool for separating large marble bands into smaller marble blocks, the commercial ones. It is accurate in positioning and very fast in drilling. Its extended boom can rotate 360° covering large area. It is equipped with two rock drills and suitable for vertical drilling with four support legs that ensures the stability of the machine. As an operator, I am very satisfied using the radio remote control that allows me to work in safe distance and gives me the advantage of easier positioning and a better overview of operations. Also, the dust collector improves the working environment.” 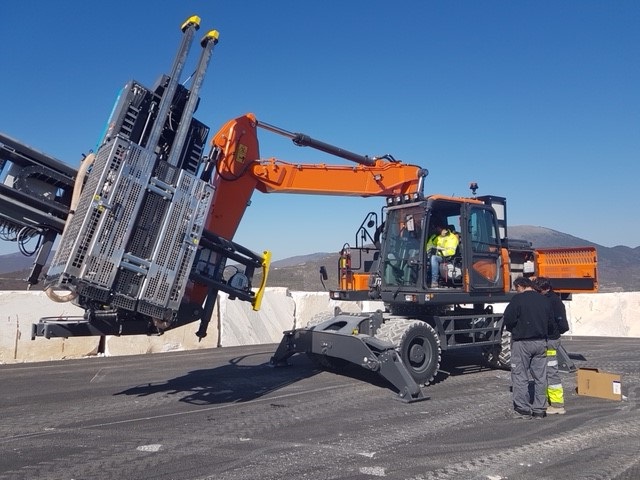