A Home Run for Symmetrix at Yankee Stadium

World famous baseball team The New York Yankees will get a brand-new home next year. And whatever happens on the field, supporters can rest assured that the foundations of the new USD 1 billion ballpark are safe beneath their feet.

The Yankee Stadium has been a global showcase for baseball since its inaugural game on April 18, 1923, when the Yankees played host to the Boston Red Sox and the home team won 4-1.

Eighty five years on, a new stadium is being built just north of the existing ­stadium and will seat 51,000 fans. Scheduled to open in 2009, the new stadium will be “the most spectacular, fan-friendly stadium ever built,” according to Yankees president Randy Levine.

To support the foundations of the new park, Underpinning & Foundation, Skanska, has installed two different types of drilled piles on the project to date. For support of excavation (SOE), 32.4 cm (12 3/4 inch) piles were used and for foundation support, 24 cm (9 5/8 inch) mini piles. In ­total, about 235 drilled piles have been installed so far. 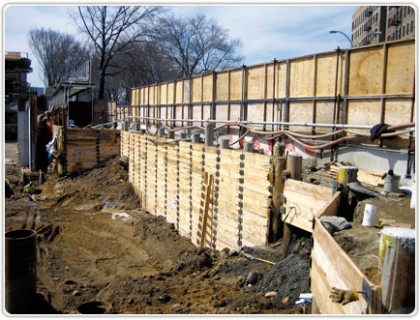